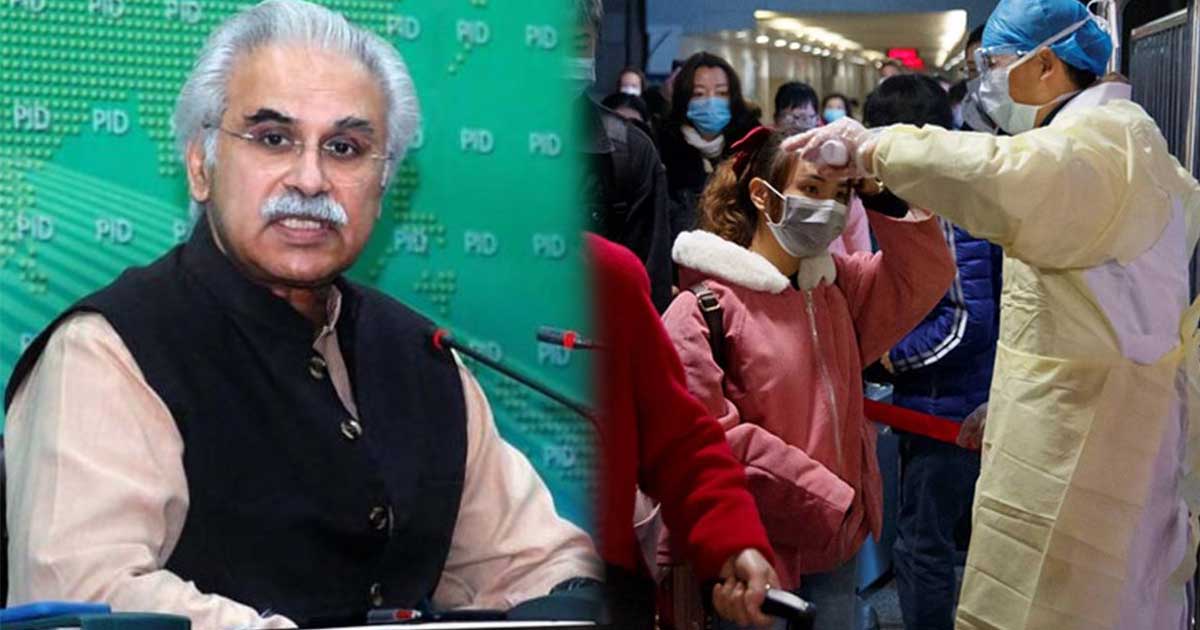 The government of Pakistan has decided not to evacuate its citizens from China to ebb the spread of deadly epidemic coronavirus as per the WHO and China’s policy. As per the details, nearly 500 students are locked in at Wuhan – the epicentre of coronavirus and nearly 20,000 to 30,000 Pakistanis are currently present in China, most of them are students.

“We believe it’s in the interest of our loved-ones in China [to stay there]. It’s in the larger interest of the region, the world, and the country that we don’t evacuate them now,” Dr. Zafar Mirza, Special Assistant to Prime Minister on National Health Service in a pressor on Thursday in Islamabad.

He said Pakistan has decided so following the WHO and China’s policy adding that, “This is our policy as well. We stand by China in full solidarity,” he added. “Right now the Chinese government has contained this epidemic in Wuhan city. If we act irresponsibly and start evacuating people from there, this epidemic will spread all over the world like wildfire.”

The @WHO holds an urgent meeting on the #CoronavirusOutbreak. https://t.co/dIRbyjinvp

Dr. Zafar Mirza assured that the four affected Pakistani students are recovering and the Chinese government is taking good care of them.

“Government cares about its citizens just as much as their own families. But we don’t want to take an emotional decision and become a reason for the spread of this disease,” he added. “Our responsibilities include ensuring that our citizens, especially those in Wuhan, are being looked after properly.”

He confirmed that Pakistan has not reported any case of coronavirus so far and China is the only country to develop a diagnostic kit to detect the mysterious illness. Adding that, Pakistan is developing its ability to detect coronavirus.

Meanwhile, Pakistan’s FO Spokesperson Aisha Farooqui, added that Pakistan’s embassy and consulates have reached out to the stranded Pakistani students listed in the database.
While Aisha Farooqui asserted that China is collaborating with Pakistani officials to assist the students, no country has attempted to repatriate its citizens.

WE have a tendency to overreact to whatever happens in China – Infuenza has infected 15 million and killed more than 8,200 people in the US this season alone. https://t.co/enkh1dtZIk— Ashok Swain (@ashoswai) January 31, 2020

Aisha further added. “We have also appealed to all those Pakistani nationals and students who are not registered with the Embassy to contact the Embassy on the hotline so that their concerns are addressed and they are properly looked after.

Meanwhile, stranded Pakistani students are releasing video messages on social media, appealing to the government to help them return to Pakistan.

Australians travelling to China may be ‘arbitrarily detained’