Global Emergency Declared by WHO as Virus Death Toll hits 213

The United States alerted its citizens not to travel to China in the first major response to the World Health Organization's declaration of a global emergency over the spreading coronavirus, as Chinese authorities on Friday confirmed the increase in the death toll to 213 and nearly 10,000 infections. 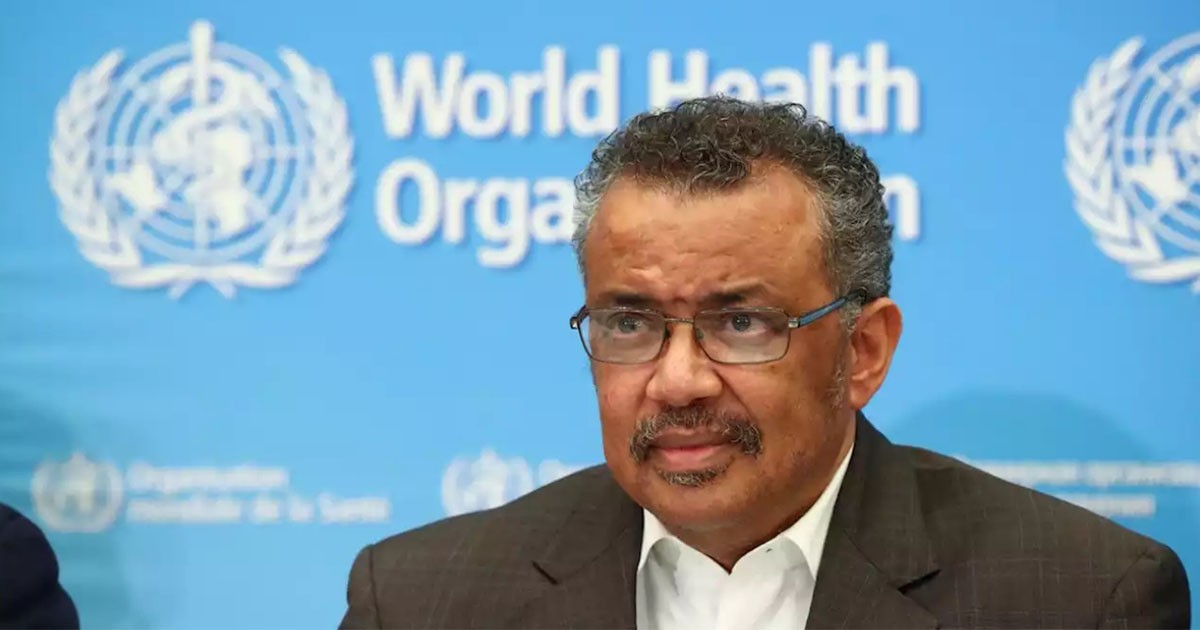 The United States told its citizens not to travel to China in the first major response to the World Health Organization’s declaration of a global emergency over the spreading coronavirus, as Chinese authorities on Friday confirmed the increase in the death toll to 213 and nearly 10,000 infections.

The State Department raised its warning alert to the highest level, telling its citizens “do not travel” to China because of an epidemic that has now spread to more than 20 nations.

Hours earlier, the WHO, which has faced criticism for initially downplaying the virus threat, revised its risk assessment after crisis talks in Geneva.

#ICYMI: WHO Director-General @DrTedros declares a public health emergency of international concern over the global outbreak of novel coronavirus.

“Our greatest concern is the potential for the virus to spread to countries with weaker health systems,” said WHO chief Tedros Adhanom Ghebreyesus.

“We must all act together now to limit further spread… We can only stop it together.”

Tedros said travel and trade restrictions involving China were unnecessary, but authorities and businesses around the world were taking matters into their own hands.

Germany, Britain and other countries have issued warnings about travel to China, major airlines have suspended or reduced flights to the country, and Mongolia has halted cross-border traffic with its huge southern neighbour.

Russia also sealed its remote far-eastern border with China as a precaution.

Some countries have banned entry for travellers from Wuhan, the central Chinese city where the virus first surfaced, while Italy and Israel on Thursday barred all flight connections with China.

Impoverished Papua New Guinea has gone so far as to bar all visitors from “Asian ports”.

The US reported its first case of person-to-person transmission of the virus on American soil – a man in Chicago who got it from his wife, who had travelled to Wuhan.

LATEST: Some 7,000 people are trapped on a Carnival cruise ship in Italy after a passenger came down with possible coronavirus symptoms https://t.co/GoJuo3pOj8 pic.twitter.com/TqdmgRknME— Bloomberg (@business) January 30, 2020

In a sign of spreading paranoia, more than 6,000 tourists were temporarily put under lockdown aboard a cruise ship at an Italian port after two Chinese passengers fell ill. They later tested negative for the virus.

And a pilot’s union in the United States sued American Airlines to demand it halt all flights to China.

China has taken extreme steps to stop the spread of the virus, including effectively quarantining more than 50 million people in Wuhan and surrounding Hubei province.

The government on Friday reported 43 new deaths in the preceding 24 hours. The number of new fatalities has risen daily over the past 10 days.

The vast majority have been in Hubei, and many were elderly.

China’s National Health Commission also said Friday that 1,982 new cases had been confirmed, bringing the total to just under 10,000.

Another 102,000 people were under medical observation in China with possible symptoms of the respiratory ailment.

The pathogen is believed to have emerged in a Wuhan market that sold wild game, and spread by a Lunar New Year holiday season in which hundreds of millions of Chinese travel at home or abroad.

Thousands of foreigners have been trapped in Wuhan since it was sealed off last week.

France on Friday airlifted around 200 of its citizens from Wuhan. They will be placed under two-week quarantine back home.

“It’s sad to leave a country which you’re attached to,” Adrien, a 26-year-old French auto industry employee, told AFP before the flight. “We’re also relieved because we don’t know how things will turn out in China.”

Japan and the United States flew citizens out on Wednesday.

Tokyo on Thursday reported that three people aboard its first evacuation flight tested positive after landing in Japan.

Two of those showed no symptoms, underscoring the difficulty detecting the coronavirus.

Japan has drawn criticism by allowing the evacuees to “self-quarantine”.

The virus is similar to the Severe Acute Respiratory Syndrome (SARS) pathogen. That outbreak also began in Chinese animals sold for meat and eventually killed nearly 800 people worldwide in 2002-03.

To curb the virus, China has suspended school nationwide and extended the Lunar New Year holiday, among other measures.

The WHO has declared a global health emergency five times since the practice began in 2007 – for swine flu, polio, Zika and twice for Ebola.

It allows the UN health body to issue global recommendations that the international community is expected to follow.

Global stock markets have been pummelled after corporate giants including Toyota, IKEA, Starbucks, Tesla, McDonald’s and others temporarily froze production or closed large numbers of outlets in China.

But investors took some heart Friday from the WHO’s recommendation against trade and travel restrictions for now, with Asian markets opening higher.

Throughout China, evidence of fear multiplied, with makeshift barriers going up in some residential neighbourhoods.

The crisis has caused Chinese food prices to spike.

The central government on Thursday blamed this partly on overzealous preventive measures, issuing a directive banning roadblocks or other hindrances that affect food shipments.

Prospects of China’s mediation with Saudi Arabia and Iran; Where Pakistan fits in?