The situation in Asia is unfolding unexpectedly as China has lifted the travel ban in Wuhan while a state of emergency has been declared in Japan to halt the spread of the coronavirus. China has successfully wiped out the disease from the country and has opened the stranded industries, schools, colleges and universities in Wuhan, considered to be the epicenter of the coronavirus. 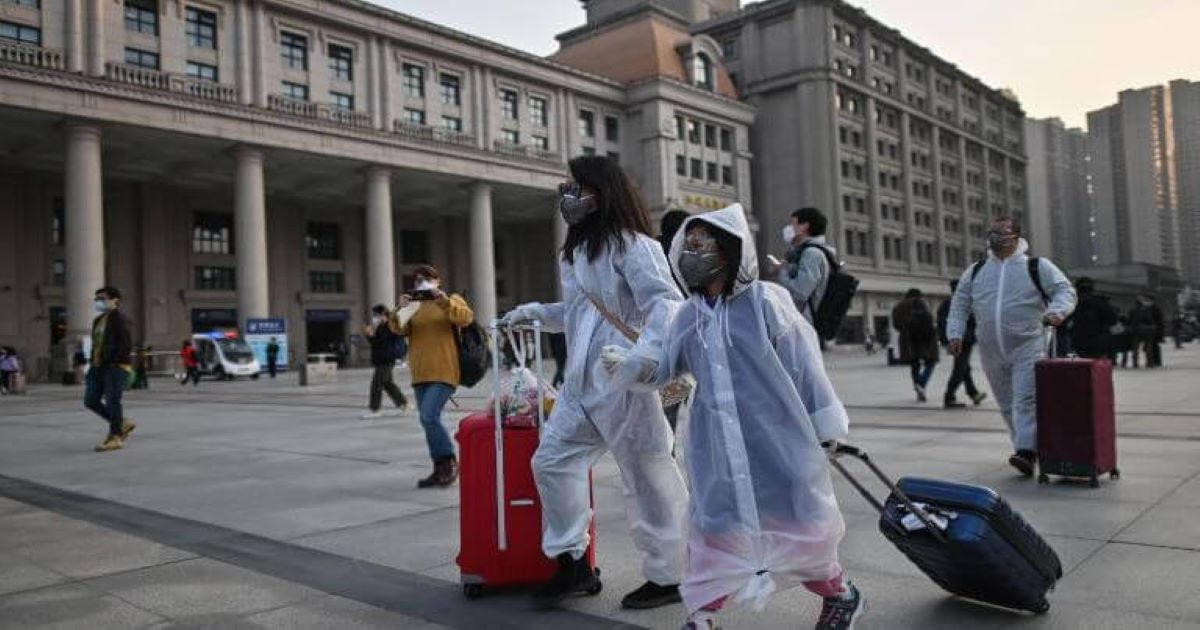 Outbound travel from the central Chinese city of Wuhan, where the novel coronavirus first emerged in December, resumed early Wednesday, after a more than a two-month ban.

Thousands of travelers flocked to catch departing trains, passenger cars lined up as roadblocks were dismantled, and outbound air travel was set to resume.

The further easing of travel restrictions came after China reported no new coronavirus deaths for the first time since it started publishing figures in January.

After 76 days of lockdown, #Wuhan, the hardest-hit city by #coronavirus in #China, finally lifted its outbound travel ban on Wednesday, shining a beacon of hope for the global fight against #COVID19.#lockdownextension #Karachi #Wuhan pic.twitter.com/GuhLO0S5dd

Cases on the mainland have been dwindling since March, but the country faces a second wave of infections from overseas.

However, there are suspicions — denied by China — that Beijing continues to intentionally under-report the real number of deaths and infections.

China also announced all nationals returning from the US, Italy and Iran will have to provide daily updates on their health to a WeChat app for up to two weeks before their flights or be denied boarding.

Japan declared a month-long state of emergency over a spike in coronavirus cases, ramping up efforts to contain infections but stopping short of the strict lockdowns seen in other parts of the world.

The move allows governors in seven affected regions including Tokyo to ask people to stay indoors and request that businesses close, but there are no enforcement mechanisms and no penalties for those who fail to comply.

BREAKING: Prime Minister of Japan declares state of emergency in several regions including Tokyo and Osaka over coronavirus

The government has come under mounting pressure to tackle an outbreak that remains small by global standards but has raised concerns among Japanese medical experts, with warnings that health care systems are already overstretched.

Afghans stranded in Pakistan by the virus shutdown stormed a border crossing after the lockdown on the common border was briefly lifted.

Afghans stranded in Pakistan by the virus shutdown stormed a border crossing after the lockdown on the border between the two countries was briefly lifted, AFP reports#Covid_19 #CoronaTigerForce pic.twitter.com/AQ9DS2e5Xo

Thousands entered Afghanistan without being screened, sparking fears they may introduce more cases of the coronavirus into a war-weary country already overwhelmed by hundreds of thousands of migrants returning from hard-hit Iran.

Indonesia will issue some $27 billion in so-called “Pandemic bonds” to finance efforts to deal with the health crisis and its economic impact.

Factory activity in Southeast Asia’s biggest economy hit a record low, with Japanese automakers Suzuki and Honda becoming the latest firms to announce temporary production suspensions at their plants in the archipelago.

The government has slashed annual growth projections and warned the economy could even contract in a worst-case scenario.

It will spend an extra $25 billion to mitigate the economic impact of the virus. Meanwhile, the rupiah earlier dropped to a near-record low and is one of Asia’s worst-hit currencies.

The Philippines has extended the home quarantine order covering roughly half its population — around 55 million people.

The lockdown, due to end next week, will be prolonged to April 30 as confirmed infections hit 3,660 with 163 deaths.

Schools, public places and most businesses have been shuttered since mid-March, with residents told to remain at home except for food shopping and medical visits.

The much-anticipated Khmer New Year public holiday next week has been postponed, Cambodia’s strongman premier said, due to coronavirus fears.

Hun Sen, who in February played down the severity of the virus, urged people to celebrate where they were rather than return to their home provinces.

Mask up, or make one

Citizens in Indonesia’s Padang city on Sumatra island face a unique punishment if they go out in public unmasked.

Violators must produce  — with the help of an online instructional video should they need it — two cloth masks as a fine, one for themselves and another for a person in need.

Read more: Mercedes on board in fight against coronavirus; makes a new breathing machine

The consequences if they can’t produce a mask on the spot were unclear.

Health Minister David Clark — whose resignation to Prime Minister Jacinda Ardern was not accepted — revealed he took a 20-kilometre (12-mile) drive to the beach with his family.

Who would want to be an Afghan MP?