Corrupt leaders? A tale of bad governance and misuse of authority 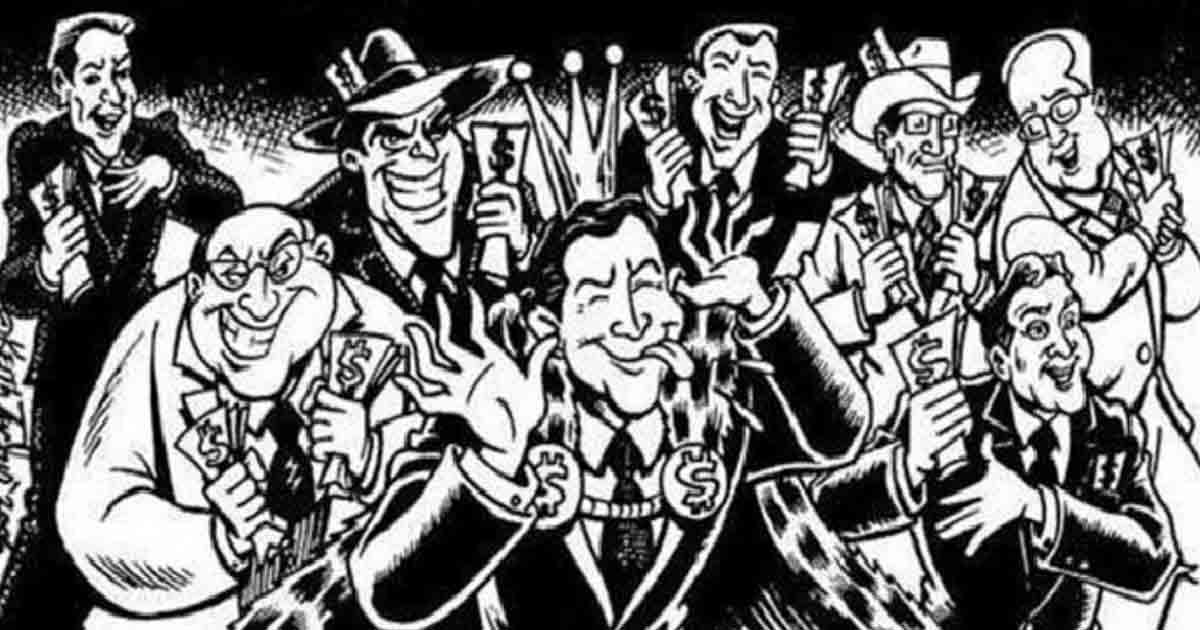 Several opposition leaders are facing corruption charges in Pakistan. For many experts and political commentators, it is one of the most important reason because of that Prime Minister Imran Khan’s administration is facing politico-economic challenges.

Asif Ali Zardari, co-chairman of Pakistan People’s Party (PPP) and former President, is facing money laundering charges. Former President Asif Ali Zardari and his sister and close aides accused of money-laundering and fake accounts. The Supreme Court of Pakistan ordered to constitute a Joint Investigation Team (JIT) to probe into the matter. The top court ordered the formation on the recommendations of the Federal Investigation Agency (FIA). The FIA presented its report on the 28th August and recommended the court to form a JIT.

The case came under limelight when the protesters came at roads to demand a fair and transparent investigation by the government into the Paragon Housing Society scam.

JIT came up with some shocking facts which demanded further inquiry and careful examination of the assets owned by the former president and his sister Faryal Talpur. The JIT also recommended placing the names of 172 people on the ECL including former president, his sister and party chairman Bilawal Bhutto Zardari.  However, the apex court directed the government to exclude the names of Mr. Bilawal and Chief Minister Sindh Mr. Syed Murad Ali Shah.

On Jan 7, the SC, in light of the Joint Investigation Team report, ordered the National Accountability Bureau (NAB) to conduct a thorough inquiry into the case and wrap it up within two months. Later on, the time bar for the conclusion of the case was extended.

Read more: Zardari siblings in trouble as accused get ready to blow the…

Moreover, according to the NAB, Zardari fraudulently obtained Rs1.5 billion in loans for his Park Lane Company through other firms. The bureau has alleged that Zardari, in connivance with former prime minister and fellow party leader Syed Yousaf Raza Gillani, illegally obtained three luxury bullet-proof cars, two BMWs and one Toyota Lexus from the Toshakhana (the state gift repository), which were gifted by the governments of UAE and Libya. Mr. Zardari is accused of misuse of authority which resulted in a heavy loss to the national exchequer.

Khawa Saad Rafique, former railway minister, is allegedly a part of a case pertaining to the Paragon Housing Society scam. The NAB has been investigating the matter since last few months. The case came under limelight when the protesters came at roads to demand a fair and transparent investigation by the government into the Paragon Housing Society scam. Our money has been looted, protestors alleged.

In 2017, the assets owned by Hamza rose to a value of Rs411m. The prosecutor said Hamza failed to justify legality of his Rs388m out of total assets.

Interestingly, Khawaja Saad Rafique had alleged Asif Ali Zardari of corruption and money laundering in the past. But now, to counter the PTI, both parties have decided to stand together.

Hamza Shahbaz also facing corruption charges. According to the corruption watchdog, Hamza chaired Saaf Pani Company meetings without having any authority. It transpired during probe that Hamza Shehbaz influenced contracts issued by the company.

It further said that the Pakistan Muslim League-Nawaz (PML-N) leader exceeded his authority in the Ramzan Sugar Mills, and ordered the construction of a drain for financial gains. The NAB told the court that Rs180 million were transferred to the account of Shehbaz between 2005 and 2008, and subsequently, the amount was transferred abroad.

During the investigation, the PML-N leader also failed to give a satisfactory answer to transaction of Rs180m made into his account, the NAB stated. The prosecutor said Hamza Shehbaz was also a shareholder in Ramzan Energy Limited.

The NAB said assets of children of Shehbaz Sharif were worth Rs50m in 1999, while Hamza Shehbaz showed Rs22m assets in his declaration in 2001. In 2017, the assets owned by Hamza rose to a value of Rs411m. The prosecutor said Hamza failed to justify legality of his Rs388m out of total assets.

The board was apprised that the suspect had accumulated assets beyond known sources of income worth Rs1.6 billion.

The NAB official said Shehbaz Sharif inherited only Ramzan Sugar Mills, while Shehbaz’s children and mother had 11 factories to their name. He said the sources of Sharif family’s assets of Rs 3.7 billion couldn’t be traced. The NAB alleged that Hamza Shehbaz indulged in money laundering to hide illegal sources of his income.

Similarly, the NAB is about to file a reference against Sindh Assembly Speaker Agha Siraj Durrani after completing its initial investigation. The speaker is accused of possessing assets beyond means. The board was apprised that the suspect had accumulated assets beyond known sources of income worth Rs1.6 billion — “much beyond his declared assets”, a press release issued by NAB said.

It is widely held belief that the ongoing anti-government campaign is largely due to these cases which have been carried out by the NAB. Analysts also firmly believe that the PPP chairman is making noise on the matters of PTM and other trivial political issues just to protect his father and aunt.