Corruption in the guise of development funds: Any accountability? 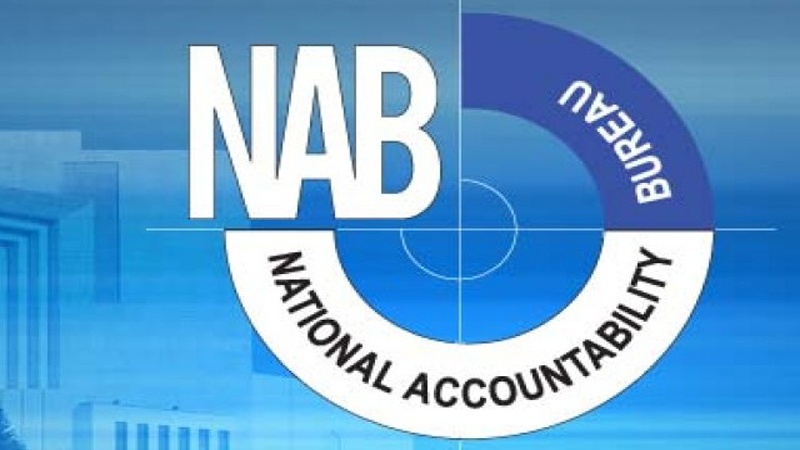 For once I tend to agree with the Prime Minister that development cannot be stopped to pursue accountability. Retrospective steps to recover looted money are much more difficult under the common law but future holes can be plugged to counter corruption. Proactive across the board accountability can be very effective, the basic definition being liable to account or in Urdu ‘Hisab Do’. Financial irregularity is just one aspect, other areas may include misuse of authority/perks, nepotism, favoritism, conflict of interest, etc.

There is no concept of service to the people. PML-N is a party of interests, in the words of Ex-President Farooq Leghari, they embark on infrastructure projects for kick-backs.

Projects are the most effective method to pursue development. Cost and schedules have to be prepared and then followed. There are no blank cheques. In its 70 years of existence, only one project was allowed in the country outside the preview of an audit. The ‘Nuclear Programme’ has been implemented audit free and I am sure it is full of ‘Ghaplas’. As a nation, we have paid a hefty price for our security.

Since 1985 the floodgates of corruption or ‘Ghaplas’ have been let loose. Today the country has the richest politicians, scientists, Generals, and bureaucrats on one hand, while on the other a poor deprived nation. There is no concept of service to the people. PML-N is a party of interests, in the words of Ex-President Farooq Leghari, they embark on infrastructure projects for kick-backs. ‘Ghapla’ is a part of the equation, “in pain there must be a gain” is the approach. Accountability is a far cry; even basic transparency is missing.

Indeed the country needs development but at what cost? The money spent has to be justified and its benefits understood. Cost overruns and kickbacks render projects non-productive and unaffordable. Till today the nation continues to suffer because of the IPPs (Independent Power Producers). The projects were launched during the second term of Benazir Bhutto on very short-sighted and unfavorable terms. Since then the energy sector has not recovered from this misadventure.

The new Islamabad airport is a prime example of mismanagement and ‘Ghaplas’ and so is the much delayed Neelum-Jhelum hydropower project in AJK.

Mystery always leads to mischief. Currently, the CPEC projects (China-Pakistan Economic Corridor) have been launched in total secrecy. Initially they were projected as a Chinese investment of around $40 billion but later on, it turned out to be a loan that has to be paid back with interest. In other words, revenue has to be generated to make them viable.

Projects are temporary, unique and time dependent, as such, they have to be managed and completed on time. Most delays are due to lack of planning and result in cost overruns. The new Islamabad airport is a prime example of mismanagement and ‘Ghaplas’ and so is the much delayed Neelum-Jhelum hydropower project in AJK. The Lahore Ring Road is an unending tale of misery and corruption. Even the route has been repeatedly altered for personal interests. It has now been reported that the road will finally connect with M-2 motorway somewhere near Thokar Niaz Baig. The Jangla Bus in Lahore and Islamabad needs to be investigated for ‘Ghaplas’ while the ongoing Orange Line Metro Transport should be audited as a preventive measure to check corruption.

Robbers and land grabbers also claim to be developers. The entire sector is full of ‘Ghaplas’ of all kinds which remain unchecked. From land acquisition to development and finally allocation of plots there is a trail of corruption. Recently I heard a statement that most developers are land grabbers including the famed DHAs and Bahria Towns. The state institutions are unable to control this menace.

As a nation, we are moving in the wrong direction in the guise of so-called development, which is in fact entrapment which must be checked before it becomes unmanageable.

The energy sector is infested with ‘Ghaplas’ of all kind. Nandipur has been a disaster and still shrouded in mystery. What was its design capacity and how much is it producing? The ten coal-fired plants are not too far behind. Some sense has prevailed and no more imported coal-fired plants are being approved. Sahiwal plant is slated to produce 660MW of electricity this month, followed by another 660MW by the end of the year for a total of 1320 MW. How this location was selected, remains a mystery. Imported coal will arrive on the port, jetties will then load it on train bogies which will then transport it upcountry. Right in the middle of rich Agricultural fields the plant will run spewing pollution and consume ground water vitally needed for the produce of the area.

While the world is moving away from burning coal, Pakistan is mindlessly moving in this direction. This black gold can be converted into Synthetic Natural Gas (SNG) which is a clean fuel worthy of use in the 21st century. This is not development; it is madness. There has to be some kind of accountability to unearth the ‘Ghaplas’ behind such decisions.

Despite enjoying power and perks for over three decades, PML-N has never faced real accountability. Even the judicial system has been rendered helpless by them. I salute the courage of the two Supreme Court Judges who recommended their disqualification by the Election Commission. Crime never pays but it seems it has served the rulers well as they have avoided conviction despite daylight irregularities. This ‘Ghapla’-driven development will get us nowhere. Power generated by IPPs is unaffordable. The imported LNG is 40% more expensive than our local gas. Once the price of Brent goes up, it will be out of reach of the masses. Surely as a nation, we are moving in the wrong direction in the guise of so-called development, which is in fact entrapment which must be checked before it becomes unmanageable.

Dr. Farid Malik is a prominent technical and management expert in mining, materials, engineering and high-tech industry; he is a regular columnist for The Nation and Pakistan Today. He is ex-Chairman, Pakistan Science Foundation. This article was first published in Pakistan Today and is republished with the permission of the author. The views expressed in this article are the author’s own and do not necessarily reflect Global Village Space’s editorial policy.

News Desk - 11 May 2021
Prime Minister Imran Khan is addressing a live broadcast session to respond to the questions of the public.