Will the “Aam Admi” really vote for PML-N, again? 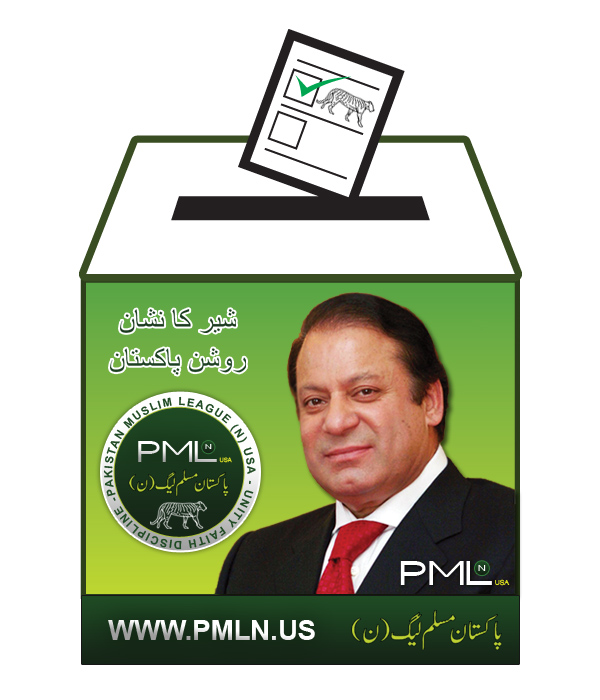 While addressing a public meeting at Jacobabad, Saad Rafiq roared that they will rule the province of Sindh by Aam Admi Ka Vote (Vote of the common folk). There seems to be a big change in the PML-N approach to politics; instead of relying on administrative manipulation to win elections, they are now interested in the vote of the common man. Those who were launched into politics by “Khas Admi” are now relying on the “Aam Admi”.

Being a Lahore-based party, PML-N, too, is focused on Lahore but on the ‘Khas’ not the ‘Aam’.

The question is what have they done for the “Aam Admi” in their long political innings spread over three decades? The answer is nothing and nothing. On his last day in office as Chief Minister Punjab, it is alleged that Mian Nawaz Sharif allotted 40,000 plots to his party workers resulting in the bankruptcy of Lahore Development Authority (LDA).

In 1967 when Peoples Party announced its manifesto, it talked about Roti, Kapra, aur Makan. Though the party under the Bhuttos was pro-poor, yet it was unable to end poverty in the country. By contrast, PML-N has always been a right of center political outfit which is led by industrialists and capitalists. Zulfiqar Ali Bhutto (ZAB) understood the importance of Lahore and its influence on the “Aam Admi”. Being a Lahore-based party, PML-N, too, is focused on Lahore but on the ‘Khas’, not the ‘Aam’.

Read more: Public forced resignation: Has the PM left us with no choice?

Despite tall claims of development, the life of the ‘Aam Admi’ is miserable. Even the basics like education, health, and employment are not covered. Most localities do not have clean drinking water facilities. Karachi, the first capital of Pakistan, and Islamabad, the current, have serious water shortages which have remained unresolved for decades.

Police in Punjab is non-functional for the ‘Aam Admi’. It is there to protect and serve the ‘Khas’.

‘Aam Admi’ desires change while status-quo suits the ‘Khas’. Most PML-N infrastructure projects are city based and do not cover the basics. Both the Prime Minister (PM) and his younger brother, the Chief Minister (CM), have no interests in the parliament or its debates and discussion. CPEC (China-Pakistan Economic Corridor) is the talk of the town yet it is shrouded in mystery. Only the PM and CM (Punjab) seems to be on board others have been either ignored or kept in the dark. While the burden of loans will fall on the ‘Aam Admi’, the icing will be picked up by the Khas, secrecy invariably kills the trickle down effect.

Recently the Police Chief has retired in Punjab. His replacement has become a major problem. Temporary charge for three months has been handed over to the new IG (Inspector General) for reasons best known to the CM. The outgoing IG has been retained as an Advisor in reward for his loyalty to the Takht-e-Lahore.

Police in Punjab is non-functional for the ‘Aam Admi’. It is there to protect and serve the ‘Khas’. The recent by-elections in Lahore saw men in uniform hoisting election banners for the ruling party candidate. In order to present a softer image now the uniform has been changed while their attitudes remain unchanged. However, there was resistance and opposition when the CM decided to revert back to the colonial system of Commissioners and their Deputies. Police demanded autonomy as laid down in the 2001 act. Finally, a compromise was worked out.

Read more: What we need to do to ensure ‘free and fair’ elections in Pakistan

A government that has abdicated its role in all important sectors now desires to stay in power by the vote of ‘Aam Admi’ there seems to be a paradigm shift in desires and priorities of the party in power.

Both education and health sectors have been ignored by the PML-N government. There was a time that city of Lahore had functional corporation schools with low fees. Most villages had one room institutions but with very dedicated teachers. Students from these rural centers of learning made it to colleges and universities. Command of English language was their only weakness, in all other subjects they did well. These schools have now vanished into thin air. Despite the fact that the education department in Punjab is as large as Pakistan Army (around 600,000), private schools are all over. Education has become big business.

Health care has also been relegated to the private enterprises. Exploitation of the sick has become good business. Unnecessary tests and procedures have become the norm. Dead people are kept alive on ventilators at the cost of millions. With weak to non-existent regulatory frameworks, both these sectors (Education, Health) have very lucrative returns based mostly on unethical practices.

A government that has abdicated its role in all important sectors now desires to stay in power by the vote of ‘Aam Admi’ there seems to be a paradigm shift in desires and priorities of the party in power. As if ‘Jungla Bus’ was not enough, the city of Lahore has to endure the Orange Line Metro Train (OLMT) that even threatens the historic sites. Citizens have been rendered homeless and jobless due to this ill-conceived project that is being funded through CPEC financing. Again the details are mired in secrecy. Load shedding, both of power and gas, continues while the rulers are busy signing agreements based on kickbacks rather than performance. Sahiwal Coal-fired plant threatens the environment of the area yet it continues unchecked. ‘Aam Admi’ has to rise to stop this menace in the garb of his votes which are not even counted right. It is time to narrow the gap between the ‘Aam and the ‘Khas’ to move forward as a nation instead of a crowd.

Dr. Farid Malik is a prominent technical and management expert in mining, materials, engineering and high-tech industry; he is a regular columnist for The Nation and Pakistan Today. He is ex-Chairman, Pakistan Science Foundation. This article was first published in Pakistan Today and is republished with the permission of the author. The views expressed in this article are the author’s own and do not necessarily reflect Global Village Space’s editorial policy.

US optimistic to secure a nuclear deal with North Korea despite Kim’s health: Pompeo

A fitness freak who introduced 42 day exercise challenge to Pakistan