While F-16 is overall superior, the fact that Indian MiG got so close to the Pakistani fighter means that MiG 21 would still pose a formidable threat. 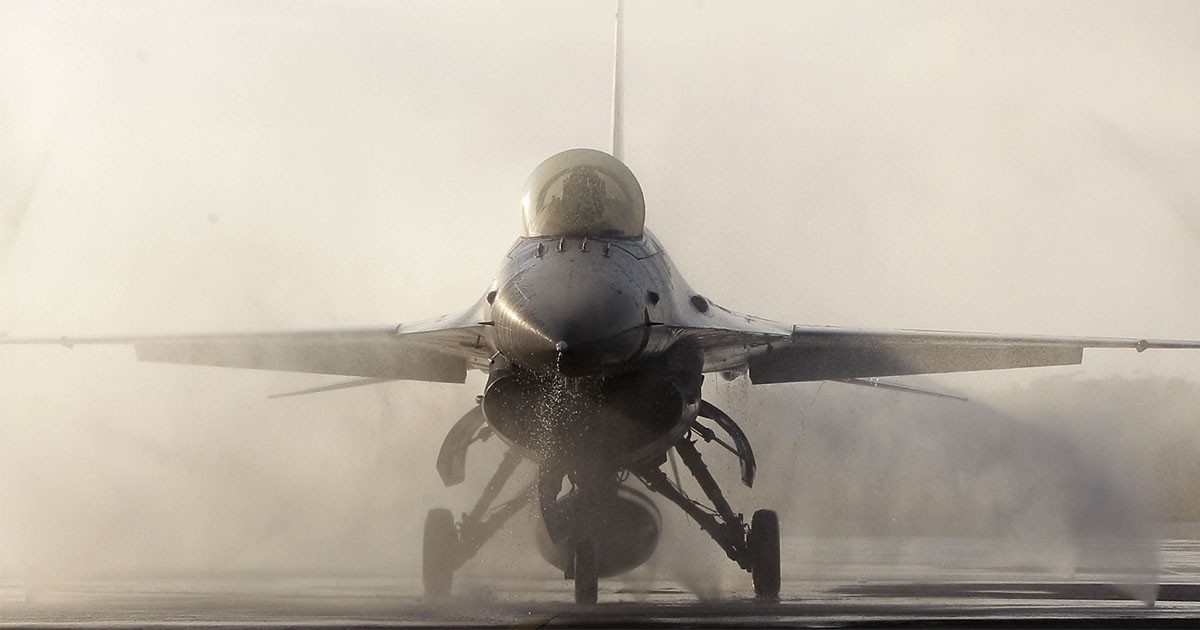 Pakistan’s F-16s are no stranger to controversy for over decades since Pakistan got them in 1981. Only recently, in February 2019, in what is called a dog fight or aerial skirmish, the Pakistani and Indian Air force came face to face as the Indian side breached Pakistan’s sovereignty.

Pakistan shot down an Indian MiG-21 Bison by a radar-guided missile. The Pakistani side claims that Pakistan used F-17 thunder to shoot down the Indian fighter, while the neighboring country holds the stance that fragments of an AIM-120C-5 missile reveal that Pakistan used F-16 as the missile was compatible with F-16 only.

As the US aided Pakistan to train Non-State-Agents to fight the former’s war in Afghanistan against the Soviet invasion in 1979, and Soviet-led bombers decided to bomb the training camps, thus leading Pakistan to turn to the US for fighter jets to counter Soviet aero attacks.

Thus, in 1981, Pakistan successfully convinced the US to sell it F-16, a then cutting edge military technology.  Between October 1982 and 1986, a total of twenty-eight F-16As and twelve two-seat F-16Bs were delivered to Pakistan via Saudi Arabia in Operations Peace Gate I and II.2

Unlike earlier heat-seekers which could lock on to the hot tailpipe at the rear of an aircraft, the AIM-9L “Lima” Sidewinders could engage from any angle. The AIM-9L’s ability to hit opponents in a head-on-pass would soon prove particularly effective.

In the following years, ten Soviet and Afghan jets were dropped by Pakistan Air Force (PAF) using the newly obtained F-16. The PAF on the other hand lost a single F-16, reportedly struck by a missile fired by its own wingman. The F-16 patrols reportedly deterred more extensive bombardment of refugee camps on Pakistani soil and disrupted Soviet efforts to resupply isolated outposts.

According to Sebastien Roblin, a Conflict Resolution expert, the addition of improved APG-66V2 doppler radar allowed the jets to employ Air-to-Air missiles with a maximum range of sixty-five miles.

The improved jets were used in Waziristan to combat the threat of terrorism in the country successfully as the government began operations to root out Non-State-Actors from the country.

In 2013, Pakistan purchased nine F-16As and four F-16Bs from Jordan to enhance its air fleet.

According to the blog, the possibility that a Falcon was shot down by 1950s-era MiG-21 should not be over-interpreted as Indian MiG-21 features upgraded radars, datalinks, self-defense jammers, and agile heat-seeking R-73 missiles targeted with a helmet-mounted sight. The airframe has always had a smallish radar cross-section, is Mach 2 capable, and performed well in exercises against U.S. F-15s and F-16s.

Mr. Roblin wrote that even though F-16 is superior in many respects, particularly situational awareness, an R-73-armed MiG-21 that managed to close within visual range (as ostensibly occurred) would still pose a formidable threat.

The recent skirmish shows the importance of F-16’s superior capabilities for Pakistan, as the tensions with Eastern neighbors continue to rise and Pakistan slips into China’s side.

2021 a game-changing year for ‘Made in Pakistan’ devices: Chaudhry