On any given evening in India, you would see many canoodling lovebirds trying to have a private time but privacy is a thing of future in societies like India. New apps like StayUncle and BreviStay offer unmarried couples privacy for a price. The success of these apps shows a generational shift. 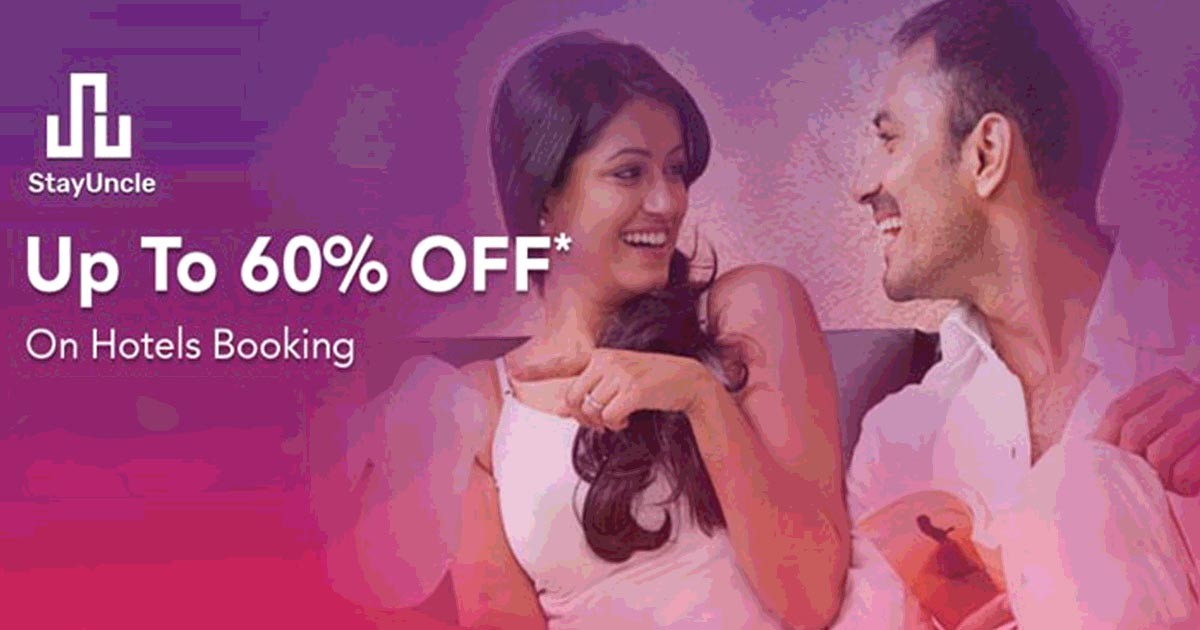 A new raft of Indian apps that offer rooms to unmarried couples is helping overturn traditional norms in a country where premarital sex remains a taboo.

From StayUncle and BreviStay, which offer hourly packages, to Softbank-funded Oyo, which allows users to search for couple-friendly hotels via its ‘Relationship Mode’, young entrepreneurs are tapping into a previously neglected market to lucrative effect.

The development is good news for Pooja, a Mumbai-based PR executive who tried to check in to a hotel with her then-boyfriend in 2016 and found that the romantic experience quickly turned ugly as staff enquired about her marital status.

“I could feel them judging me,” Pooja, whose name has been changed on her request, told AFP. Stung by their questions, she decided to lie. “We were both above 18 – they had no reason to deny us a room, but it was all just so awkward,” she said.

Her experience is not unusual in a country where many people live with their parents until they marry – either because of high housing costs or conservative cultural norms – leaving courting couples desperate for a shred of privacy.

On any given evening in Mumbai, dozens of canoodling lovebirds can be spotted along the city’s famous seafront, their backs to the slow-moving traffic as they seek out personal space in the world’s second-most populous nation.

“People have a hard time accepting the idea that being in a relationship is a natural thing,” said Rahul Taneja, co-founder of LuvStay, one of several apps seeking to shake up the hospitality industry with services aimed at unmarried couples.

“It is a simple case of supply and demand. The rooms are there, the customers are there: the challenge is to bring them together,” LuvStay’s 29-year-old Taneja told AFP.

StayUncle founder Sanchit Sethi initially planned to target business travelers with his app focusing on hourly rentals but when he began fielding inquiries from couples he realized he was targeting the wrong customer.

Soon the former engineer found himself handing out business cards to young people hanging out in coffee shops – advertising his new venture with the tagline: “Couples need a room, not judgment”.

No marriage, no problem: Indian apps offer couples privacy for a price: A new raft of Indian apps which offer rooms to unmarried couples are helping overturn traditional norms in a country where premarital sex remains taboo. https://t.co/m5hwtNfhDP pic.twitter.com/PeOwVbxhGz

When the app went live in 2016, hardline groups threatened to beat up Sethi and his colleagues, but “no one ever went beyond a phone call”, the 30-year-old told AFP.

Getting hoteliers on board proved a tougher sell, with many worried about police raids and offending the sensibilities of traditional clients.

In one case, a hotelier signed up only to get cold feet and refuse guests at check-in, prompting Sethi to decide that he would not spend any more time trying to “convince reluctant hotels”. He need not have worried, given the soaring demand.

The app currently has 800 hotels in 45 towns and cities and plans to add another 1,500 by the end of the year. And it’s not shy about pursuing new customers, with a YouTube channel offering dating advice to anxious singles.

At nearly 700 hotels, LuvStay is not far behind, with ambitions to raise that number to 2,000 within three years. So-called love hotels are also popular in Japan and South Korea, with couples either seeking extramarital liaisons or private time away from demanding families.

Mumbai’s Sahar Garden hotel, which signed up with StayUncle in 2018, said the tie-up added 150,000 rupees ($2,100) to their coffers each month as bookings surged. “Business just keeps going up,” said Satya Shankar Rao, the hotel’s sales and marketing manager.

With free StayUncle-branded ‘Love Kits’ in each room – a silky red pouch containing condoms, lubricant and chocolate – and staff under strict instructions to respect unmarried guests, the hotel has seen repeat business, according to Rao.

Sunil Kyal, sales director of Mumbai’s Dragonfly boutique hotel, which is preparing for a boom in bookings ahead of Valentine’s Day on Friday, told AFP that StayUncle’s success reflected a generational shift.

“People used to feel that it’s a sin or it is not right (to be in a relationship before marriage),” he said, remarking on changing beliefs.

For young women like PR executive Pooja, 27, the apps are “a blessing”. “We can’t expect Indian society to grow up overnight,” she said, adding: “But I hope that in the future we don’t need such apps.”

Middle East: Love and weddings in the Shadow of War

Mothers told they had stillborn child and babies sold for $1500: Indian Orphanage shut down