COVID-19 brings US to its senses as it adopts Chinese ‘Mao-style social controls’!

New York Times criticized the 'mao-styled social controls', which was applied by China to halt the spread of coronavirus. However, authorities in Massachusetts are adopting this method to control the spread of coronavirus. Considered to be archrivals, US & China usually refrain from copying each other, but anything can be expected when a calamity of this scale occurs. 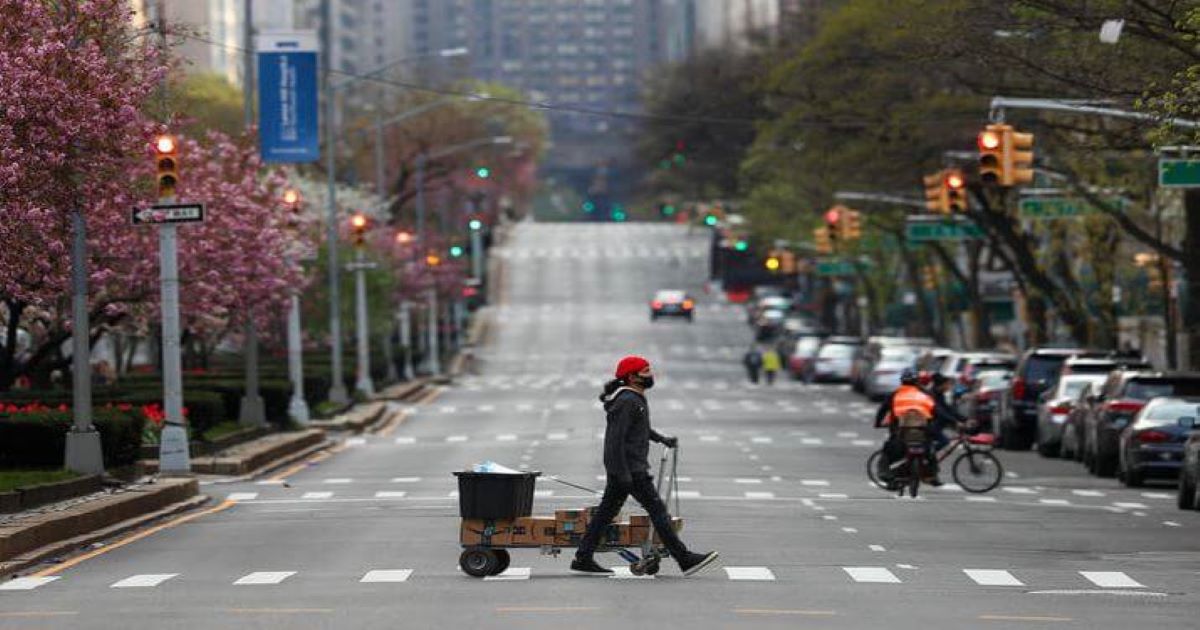 The same citizen virus-tracing corps the New York Times decried in China as Maoism incarnate is being tried in Massachusetts and San Francisco, and the outlet has decided that what’s bad for Beijing is good for democracies especially the US.

Massachusetts and San Francisco – as well as the Republic of Ireland – are deputizing citizens to track down contacts of people infected with coronavirus, the Times reported on Thursday, describing the programs in glowing terms.

After a blow-by-blow of a phone call between one of the newly-hired Massachusetts virus-trackers and her target, who gratefully gives up a file’s worth of data, we learn that the state plans to hire 1,000 caring professionals just like her to fill out its “fleet of contact tracers, charged with tracking down people who have been exposed to the coronavirus, as soon as possible, and warning them.”

The article emphasizes the bonds of “trust” between contract-tracer and coronavirus victim. There’s no talk of imprisoning people in their homes, of “keeping away outsiders” or of “arbitrary” enforcement.

Indeed, one has to read to the end of the article to find out that the Massachusetts program was heavily informed by data from Wuhan and techniques from South Korea.

There is just one slight problem: the NYT had already described a similar program in an article from February saying that “Mao-style Social Control” was “blanketing” China.

That piece sketched out an oppressive world in which “battalions of neighborhood busybodies, uniformed volunteers, and Communist Party representatives” conducted “one of the biggest social control campaigns in history.”

The goal, as the outlet melodramatically put it back then, was “to keep hundreds of millions of people away from everyone but their closest kin.”

Stripped of the linguistic fireworks, the story described Beijing deputizing US citizens to enforce quarantines by (among other things) tracing who infected persons had been in contact with, in order to keep the infected separate from the rest of the population.

Not a bad idea, given the unreliability of testing and the highly-infectious nature of the coronavirus. It’s not surprising it’s catching on in the West.

Former US Centers for Disease Control director Thomas Frieden has even recommended a national “army” of 300,000 contact tracers, while other public health experts have praised the idea. US must copy this.

It’s difficult to see how – other than the shift in vocabulary – these incarnations of what Mike Ryan of the World Health Organization called “shoe-leather epidemiology” differ from what the Times described as “Mao-style social control” in China.

Read more: China reacts to Trump withholding WHO funds- but will Beijing compensate?

With the question of how to end lockdowns still unresolved in many ‘democracies,’ human contact-tracing may emerge as the “lesser evil” with regard to preserving individual rights.

While Bill Gates touts his “digital certificates” and dubious vaccines, and Apple and Google collaborate on a digital contact-tracing platform – an approach laden with privacy pitfalls that has already been used in Singapore and South Korea – that ‘Mao-style social control’ is starting to look like the most freedom-friendly option.