What Francis Fukuyama believed is the ultimate governance model, Liberal democracy and neo-liberal economy have been exposed under coronavirus pandemic. On one hand, China with authoritarian governance was able to reverse the pandemic successfully. On the other hand, the most celebrated western model of governance failed the states that boasted its efficiency and effectiveness. 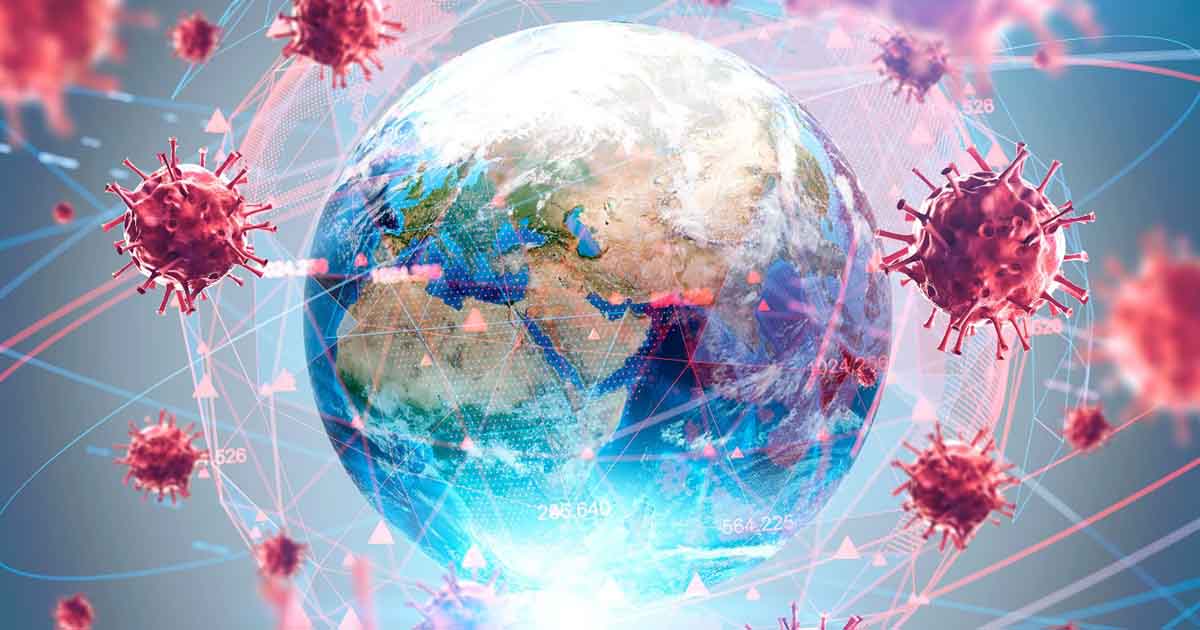 Amajor lesson that seems to be emerging from the media coverage of the corona pandemic is that despite being technologically advanced, the super-rich countries — with their neo-liberal so-called market-driven economic system and ruled by illiberal politicians — can’t fight the pandemic as effectively as the authoritarian communist state and the highly disciplined Chinese society with Confucius values.

Here is my explanation. No doubt China’s initial response to the Covid-19 outbreak was problematic as whistleblowing medical experts were punished. This prompted some Western op-ed writers to jump to hasty conclusions. They argued that since China is being ruled by a one-party dictatorship, it didn’t care for the public good.

Thus, the Covid-19 turned into an epidemic. The next worst-hit country was Iran that is also ruled by an authoritarian clergy. This further strengthened their opinion i.e. there is a relationship between authoritarian ideology (as cause) and the spread of Covid-19 (as effect).

Trump has also been blamed by some for “not invoking the Defense Production Act in the fight against coronavirus”, which allows the president to order industries to manufacture equipment required for national security

The third worst-hit country happened to be democratic — Italy. And then sadly one after the other, rich and highly democratic countries experienced what China had a few weeks back and WHO experts declared Europe an “epicentre” of the Covide-19 pandemic.

While China has reversed the pandemic and is being praised by everyone, Western countries, despite having many weeks to prepare, continued to slumber in the quilt of arrogance. Why did liberal democracies that are proud of their openness and accountability to their citizens fail to realise the gravity of the threat? And why did the West’s ‘empowered’ and ‘conscientious’ citizens also fail to respond to early warnings seriously?

Perhaps, they were suffering from a false sense of security as they had confidence in their advanced technology and institutions including elected parliaments. The capitalist states were perhaps reluctant to take the kind of ‘draconian’ measures that China had taken and were being abhorred by them only a couple of weeks back.

This might have deterred authorities to act when it was needed, or perhaps they just didn’t know what to do. Lethal delay. This let the virus spread exponentially. Evidence shows that most Western states didn’t have the capacity to cope with the escalating disaster.

But a pertinent question arises. The liberal states that can develop state-of-the-art vehicles, weapons, and spacecrafts; and who can reach diplomatic consensus to invade countries, failed to produce and provide simple safety gears and testing kits to their medical staff, and ventilators and essential medication to their patients. According to an op-ed published in The New York Times, “an abundance of ventilators today could turn into far too few for tomorrow.”

While writing this article, I happened to watch the Governor of New York State begging private hospitals to lend any spare ventilators to his state. Susan E Rice, a former US national security adviser, pointed out four serious mistakes the way her country’s leadership (President Trump) responded to the virus outbreak, including “outright lying” and “ignoring warnings, lack of safety kits and preparedness”.

Trump has also been blamed by some for “not invoking the Defense Production Act in the fight against coronavirus”, which allows the president to order industries to manufacture equipment required for national security. This criticism seems to be true but just blaming President Trump doesn’t explain the overall failure of the Western governments, in particular those of the UK, Italy, Spain and France.

How did the super-rich countries fall short of essential life-saving equipment? Some scholars find the answer in the neo-liberal economic model. George Monbiot, a renowned British scholar and activist, recently wrote in The Guardian, “The worst possible people are in charge at the worst possible time” in the West.

And expecting “prompt” and “sufficient” response “would have meant jettisoning an entire structure of political thought developed over the past half century”. This structure primarily consists of depriving the state of provision of social services, privatisation of public services, austerity measures, etc.

For instance, in the US since 2008, local and state level public health services have lost 25% of their workforce as a result of privatisation of health and educational services to private companies and huge cuts on healthcare. Also, consider how many companies the Shehbaz Sharif government created in Punjab. Did he and his brother establish any good hospitals? How many ventilators did the government hospitals have and how many intensive care units were set up?

We must not forget the neo-liberal political ideology stands on just one leg — profitmaking. Private hospitals will never invest on anything that is not in demand during normal times as it will likely be a waste of funds. No wonder most Western countries don’t have enough ventilators and ICUs for their patients, nor enough safety equipment for the medics working with the infected people. These states that lecture on life and humanity now have to adopt a criminal policy of “who lives and who dies”.

Since most of these states seem to lack the political will to go against the neo-liberal model, they have to adopt ‘draconian’ methods to contain the coronavirus. Overnight, liberal democracies turned illiberal. Civil liberties disappeared. Barriers appeared between states, cities and people. A friend from Italy wrote, “Life here is hard and very, very, annoying. We are under house arrest (the whole of Italy is).

It is very concerning for health reasons but also for reasons of civil rights. The police scan the streets and have arrested more than 20,000 people for being out of their homes. Everyone is raising a very horrible type of patriotism as a way of coping with being scared — I do not like it. As for our health we are fine, except going crazy trying to live with young children without the liberty to leave the house.”

A Brussels-based writer observed, “Virus punctures European solidarity.” Of course, promotion of patriotism could kill solidarity as individualism could weaken empathy and love when we perceive others as risk. It appears that the European civilisation is losing the values it had gained since Enlightenment because of its politico-economic model. And the post-coronavirus era seems to pave the ground to the Chinese model.

Facts speak louder than propaganda. In China (as of April 2) two people died per one million, while the ratio is 218 for Italy, 214 for Spain, 15 for the US and 35 for the UK. China’s healthcare system also cured more than 90% of the patients. There is a solid ground behind China’s praise. And this could lead to gigantic conclusions.

Read more: Covid-19 teaches us not to take socialization & planet for granted

Soon after the collapse of the USSR and Eastern European states, Francis Fukuyama perceived it as “The end of history.” He argued that the universalisation of Western liberal democracy is “the final form of human government”. His flawed theory has already been challenged by many scholars.

But the coronavirus pandemic not only put an end to the “end of history” thesis but also paved the way to an alternative model of governance as the liberal democracy and neo-liberal economic model failed miserably. It seems the post-corona world will be different and hopefully, better.

Sarwar Bari is the Secretary-General of the Free and Fair Election network and heads Pattan Development Organization. He can be reached at bari@pattan.org. The article was first published in The Express Tribune and has been republished with the author’s permission. The views expressed in this article are the author’s own and do not necessarily reflect the editorial policy of Global Village Space.

From ZA Bhutto to Imran Khan-A ray of hope, challenges and way forward