According to Russell, without work, the future would be full of good nature, originality, happiness, and joy of life. In his essay "In Praise of Idleness,” he says: "Without a considerable amount of leisure a man is cut off from many of the best things in life" 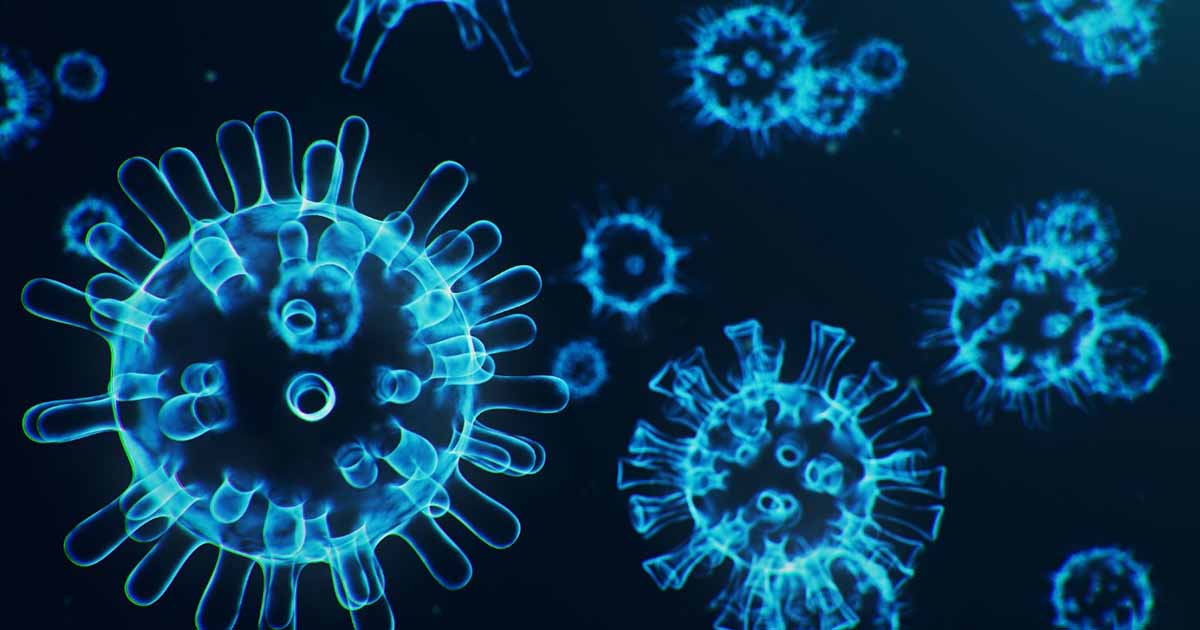 The advent of industrial society changed our attitude to work and leisure. Societies began to regard long hours of work, with concomitant monetary compensation, as virtuous. Keynesian economics talks about full employment; when wage rates are related to the demand.

Reckless production and spending led to the phenomenon of inflation, `too much money chasing too few goods’. Keynes had postulated inflation to be only a short-run phenomenon. Someone pointed out that inflation appears to have become a long-run phenomenon. Keynes retorted `in the long run we are all dead’.

The focus was on work not on leisure to appreciate good things in nature. Aristotle became anachronistic. He once said, “The first principle of all action is leisure”.

In modern times, Bertrand Russell also questioned the virtuosity of work. Being idle is regarded as being cursed. Devil must have laughed boisterously at the COVID-19 era, idle `world disorder’. Progress in sciences appeared to have stalled Darwinian wheel of species selection. Unlike ancient societies, modern societies had longer life spans. Vaccines stalled March of epidemics like bubonic plagues and smallpox.

But then, COVID-19 has killed over 100,000 people worldwide, mostly elderly. The virus appears to be cleverer than human beings. It belied presumption that survivors will be immune, and tests could predict the affected positive. Some symptom-free (asymptotic) people are the biggest carriers of the virus.

In Homer’s Iliad, the Greeks disrespect one of Apollo’s priests. The god manifests his displeasure by firing his arrows of contagion into their camp. The Spartans had cannily supplicated the god and he in return had promised victory. Soon afterward, Sparta’s enemies started dying of the plague. But, probably it was not divine wrath but unhygienic conditions that caused contagious diseases.

Book of Chronicles, a Hebrew prose or text featured in the Old Testament, hints about COVID-19. It contains a story from Adam, some teachings from Jesus and a narrative of the history of ancient Judah and Israel until the proclamation of King Cyrus the Great.

It is a heyday for pseudo-scientists and religious demagogues to come up with ` I had-already told-you’ sermons. Theories about CORONA origin and treatment abound. In Muslim societies, Ajwa dates were considered a sacred panacea for all ailments. Saudi Arabia has tons and tons of Ajwa. Yet it had to shut down holy places to pilgrims. Iran is paying the price for its indiscretion in relying too much on prayers as antidote to COVID-19.

How to deal with idleness

No-one imagined we would suddenly have so much idle time. But, Bertrand Russell, as far back as 1932, thought about it. He says, ‘Science is what we know, and philosophy is what we don’t know’ (Chapter 2: Philosophy for Laymen, p. 24). Russell visualized a situation where media and channels would be swayed by pseudo-scientists, as today. He observes `But so long as men are not trained to withhold judgment in the absence of evidence, they will be led astray by cocksure prophets, and it is likely that their leaders will be either ignorant fanatics or dishonest charlatans (ibid. p. 27).

Nietzsche went a step further. He pointed out that although science makes claims to knowledge; these claims are as deluded as those of religious dogmatists.

Russell says that work is of two kinds. One is altering the position of matter at or near the earth’s surface relatively to other such matter. And, the second is telling other people to do so. The first kind is unpleasant and ill-paid; the second is pleasant and highly paid. He analyses how work evolved historically.

Throughout the essay, he generally discusses the evolution of work for subsistence living, economic justice, so on. His views offer food for thought: “From the beginning of civilization until the industrial revolution a man could, as a rule, produce by hard work little more than was required for the subsistence of himself and his family, although his wife worked at least as hard and his children added their labor as soon as they were old enough to do so. The small surplus above bare necessaries was not left to those who produced it, but was appropriated by priests and warriors.”

“In the West we have various ways of dealing with this problem. We have no attempt at economic justice so that a large proportion of the total produce goes to a small minority of the population, many of whom do no work at all. Owing to the absence of any central control over production, we produce hosts of things that are not wanted. We keep a large percentage of the working population idle because we can dispense with their labor by making others overwork.

When all these methods prove inadequate we have a war: we cause several people to manufacture high explosives, and many others to explode them, as if we were children who had just discovered fireworks. By a combination of all these devices we manage, though with difficulty, to keep alive the notion that a great deal of manual work must be the lot of the average man.”

“Much that we take for granted about the desirability of work is derived from this system and, being pre-industrial, is not adapted to the modern world. Modern technic has made it possible for leisure, within limits, to be not the prerogative of small privileged classes, but a right evenly distributed throughout the community. The morality of work is the morality of slaves, and the modern world does not need slavery.”

Russell’s themes from “In Praise of Idleness”

“The fact is that moving matter about, while a certain amount of it is necessary to our existence, is emphatically not one of the ends of human life.”

“When I suggest that working hours should be reduced to four, I am not meaning to imply that all the remaining time should necessarily be spent in pure frivolity. I mean that four hours’ work a day should entitle a man to the necessities and elementary comforts of life, and that the rest of his time should be his to use as he might see fit. It is an essential part of any such social system that education should be carried farther than it usually is at present, and should aim, in part, at providing tastes which would enable a man to use leisure intelligently.”

“A man who has worked long hours all his life will be bored if he becomes suddenly idle. But without a considerable amount of leisure a man is cut off from many of the best things.” “The wise use of leisure, it must be conceded, is a product of civilization and education.” He pointed out: “In a world where no one is compelled to work more than four hours a day every person possessed of scientific curiosity will be able to indulge it, and every painter will be able to paint without starving, however excellent his pictures may be. Young writers will not be obliged to draw attention to themselves by sensational pot-boilers, intending to acquire the economic independence needed for monumental works, for which, when the time at last comes, they will have lost the taste and the capacity.”

Without work, the future would be full of good nature, originality, happiness, and joy of life. “Above all, there will be happiness and joy of life, instead of frayed nerves, weariness, and dyspepsia. The work exacted will be enough to make leisure delightful, but not enough to produce exhaustion. Since men will not be tired in their spare time, they will not demand only such amusements as are passive and vapid. At least one percent will probably devote the time not spent in professional work to pursuits of some public importance, and, since they will not depend upon these pursuits for their livelihood, their originality will be unhampered, and there will be no need to conform to the standards set by elderly pundits.”

Moreover it says, “it is not only in these exceptional cases that the advantages of leisure will appear. Ordinary men and women, having the opportunity of a happy life, will become more kindly and less persecuting and less inclined to view others with suspicion. The taste for war will die out, partly for this reason, and partly because it will involve long and severe work for all. Good nature is, of all moral qualities, the one that the world needs most, and good nature is the result of ease and security, not of a life of arduous struggle”

Elaborating on the modern methods of production, it says, “They have given us the possibility of ease and security for all; we have chosen instead to have overwork for some and starvation for others. Hitherto we have continued to be as energetic as we were before there were machines. In this we have been foolish, but there is no reason to go on being foolish forever.”

Dogmatism and skepticism are both, in a sense, absolute philosophies; one is certain of knowing, the other of not knowing. What philosophy should dissipate is a certainty, whether of knowledge or ignorance (Chapter 2: Philosophy for Laymen, p. 27). But so long as men are not trained to withhold judgment in the absence of evidence, they will be led astray by cocksure prophets, and their leaders will likely be either ignorant fanatics or dishonest charlatans.

COVID-19 has shred open the deficiencies of healthcare systems, the world over. Pakistan’s government is using PAF C-130’s for recovery and transportation of quarantined people back to their homes and delivery of protective gear to medical practitioners. Moreover, water bowsers have been converted into mobile sanitization units (do sanitizers kill viruses?).

Yet, the stark reality is that medicare is in shambles due to long years of neglect. A poor country like Thailand began to deliver universal healthcare by 2002. Why can’t Pakistan? Government reeks with corruption. Unlike Indians, the Paki billionaires are witnessing the epidemic with hands folded and pocked zipped.

I suffered heart attacks in November 1999, but Controller Military Pensions has not reimbursed the cost of my self-paid stents since. Accounting authorities delay reimbursements for ulterior motives.

We are upset at the shutdown of our hyperactive work-oriented society. We lost a sense of identity with nature. We regard our artificial lifestyle as natural.

Mr. Amjed Jaaved is contributing editor to The Consul. He has been contributing free-lance for over five decades. His contributions stand published in the leading dailies and magazines (Global Village Space, Jehangir World Times) at home and abroad (Nepal. Bangladesh, et. al.). He is author of seven e-books including Terrorism, Jihad, Nukes and other Issues in Focus. The views expressed in this article are the author’s own and do not necessarily reflect the editorial policy of Global Village Space.

APP - 20 September 2021
As Indian PM Modi will deliver his UNGA address, Kashmiris, along with their allies, will stage a huge protest outside the UNGA building. Under Narendra Modi’s Hindu Nationalist party, conditions in Kashmir have further deteriorated.

Pakistani & other foreign workers to lose jobs in Gulf