COVID-19: This is why China is set to become next superpower

China has managed to take care of its territory in South China Sea and its public image amid the pandemic. In this article, the authors talk about China's tactics that promise it to become superpower. 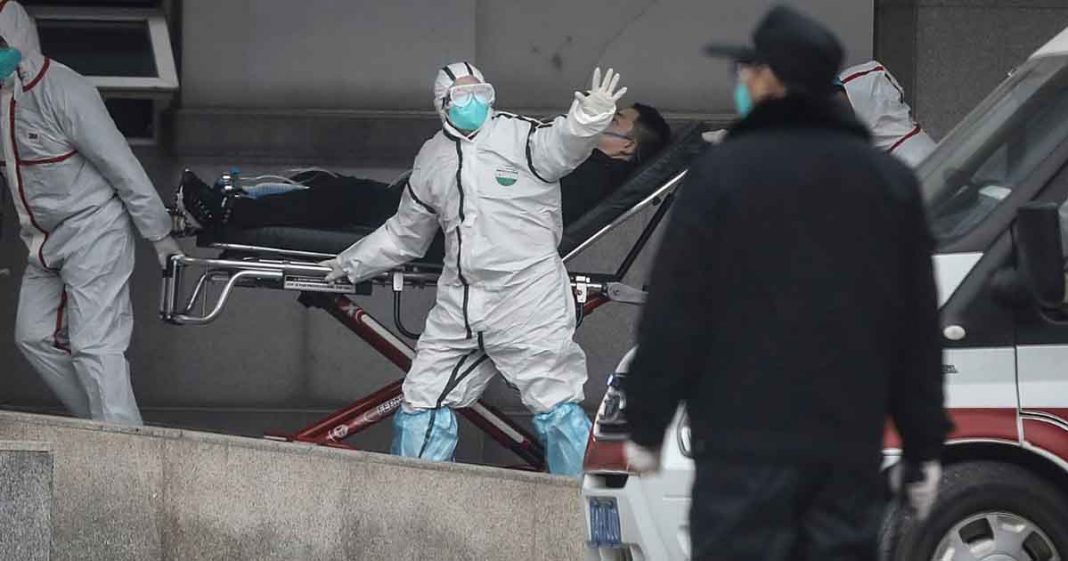 China’s strategic orientation has transformed from inward-looking and self-sufficient to outward-looking and coordination-oriented that is based on interaction between key actors. This is the key to China’s national security strategy which is hardly anchored on Five Principles of Peaceful Coexistence.

Chinese strategic thinking across the board causes China to simultaneously take on the appearance of a prudent power with modest international aspiration and a merciless power with inflexible territorial aspirations with “unrestricted warfare” principle as means.

In 1998, floods have wreaked tremendous havoc on mainland China. One can imagine the severity of devastation. But the Chinese Communist Party (CCP) has insisted upon continuing its longstanding practice – dealing off news of disaster

Since the 1990s, the People’s Liberation Army Navy (PLAN) has a strong power projection extended to the South China Sea. Generally, PLAN has launched several military project in the Paracel Islands and the reefs it occupies in the Spratlys. Yongxing Island (Woody), the largest in the Paracels, has become a military fortress with the naval detachment comprising tank units, AA batteries and high-speed missile and patrol boats.

There is also a CI center capable of processing satellite-transferred information and a runway. Nevertheless, since the 1990s to 2020, China’s capability in coping with a conflict around the Spratlys will remain less than that of clear superiority.

In the midst of COVID-19 controversy, there were also allegations of this virus being a product of biological warfare program in the Wuhan Institute of Virology but majority of scientist tad n experts have denied its relation to genetically modified project.

This 2020 COVID-19 outbreak outside China is also evident in China’s experience in two (2) decades ago. In 1998, floods have wreaked tremendous havoc on mainland China. One can imagine the severity of devastation. But the Chinese Communist Party (CCP) has insisted upon continuing its longstanding practice – dealing off news of disaster. According to reports, after the destruction of leeves in Jinagzhou, the Propaganda Department of the CCP Central Committee promulgated documents that severely restricted the broadcast media from reporting “NEGATIV E NEWS.”

On the current COVID-19 tirades in global scale, the effect has turned into legal challenge. U.S. President Trump suggested is seeking lawsuit against China for the latter to give “substantial” compensation.

On 9 April, the US secretary of state Mike Pompeo told the foreign ministers of ASEAN that China was taking advantage; while the world was preoccupied with the pandemic, China is expanding its reach in the South China Sea. To quote the US Secretary, “Beijing has moved to take advantage of the distraction.”

In this current pandemic and recent flashpoint in South China Sea, we have to draw lines between subtle distinction between terms trust and confidence. In security, the word “trust” is used interchangeably with confidence.

In the Philippines, the government filed two diplomatic protests against China on 22 April 2020 for pointing a radar gun at a Philippine Navy ship last mid-February. Per report, Chinese corvette readied its gun control director at BRP Conrado Yap (PS-39) near Rizal (Commodore) Reef in the West Philippine Sea .

This April, China also declared declaring a Philippine territory as part of Hainan province. Accordingly, China’s Ministry of Civil Affairs announced on 18 April that the State Council had approved the establishment of the Paracel (Xisha) and Spratly (Nansha) in the South China Sea as districts under Sansha city.

The Paracel administration will be based on Woody Island, also known as Yongxing Island, while the Spratly administration will be placed in the Fiery Cross Reef, referred to as Yongshu Reef in Chinese. Later on, despite the newly released music video entitled “One Sea / Iisang Dagat” from China Embassy to Philippines has backfired against China as it at been attracting a flood of public criticism and an online petition.

In this current pandemic and recent flashpoint in South China Sea, we have to draw lines between subtle distinction between terms trust and confidence. In security, the word “trust” is used interchangeably with “confidence.”

In Chinese, xinren and xinlai correspond roughly to confidence and trust respectively and have different shades of meaning. Xinlai implies that someone is not only believable but also dependable. Whereas xinren emphasizes more on believability of someone or something.” While confidence is more procedural and with more psychological assurance (in the process of negotiation), trust is more conclusive with more assured action.

Second, the propaganda machine of China is still alive and it part of China’s negotiation tactics; making rounds of noise both in traditional and digital media although it will eventually backfire to them. The effect of downplaying of truth and signifies unintended consequence on China’s economy.

Read more: Covid-19: Say no to conspiracy theories or invite another crisis

And lastly, the presence of China-made facilities is another indication of China’s unceasing operations as the world is being gripped by the COVID-19 pandemic. China, indeed, takes all necessary measures to safeguard its imagined territory in the South China Sea.

Conclusion and Way Ahead

Indeed, China will continue perfecting its claim to uninhabited features under a notion of historical title. Although it appears to be mostly fiction, this will always be its direction to have direct conflict with the facts and the claims of adjoining states in ASEAN. Meanwhile, China’s stakes for regional trust-building measures (TBMs) toward China would be problematic. Finally, on the other hand, the Code of Conduct (CoC) must be fully established among ASEAN and China with secured Quadrilateral Security in Indo-Pacific on the side.

The writers are defence and security analysts based in the Philippines. They have co-authored many books including the Handbook of Terrorism 2019 (Philippines). Their works have appeared in Eurasia Review, Global Security Review and Geopolitical Monitor.

The views expressed in this article are the authors’ own and do not necessarily reflect Global Village Space’s editorial policy.

Previous articleRussia & China: Closer than ever before
Next articlePakistan’s peacekeeping mission saves 2000 people

How does the pandemic provide opportunity to speed up Afghan peace process?

61% Nations put democracy or human rights under threat during pandemic