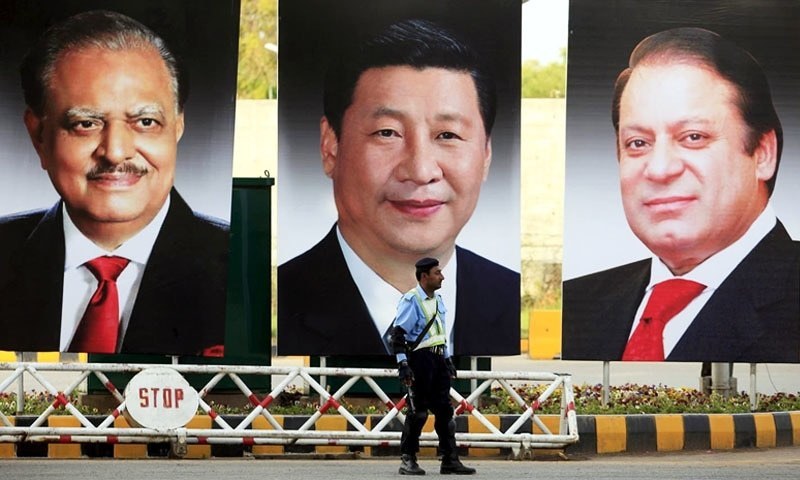 A leaked long-term plan for China’s massive $56 billion investment in Pakistan, projects the goals of the Beijing’s One Belt, One Road initiative as a ploy for economic domination, the creation of surveillance states, and allowing China to shape media landscapes.

It also suggests that China’s concept of economic-win-win diplomacy amounts to what one China analyst described as a “China wins twice strategy” that potentially raises the specter of popular opposition to the scheme. China has already encountered popular resistance and setbacks in various Asian countries, including Sri Lanka, Myanmar, and the Pakistani province of Baluchistan, a crown jewel of One Belt, One Road.

Many countries eager to attract Chinese investment, often at whatever cost, praised One Belt, One Road at this week’s summit in Beijing attended by 28 heads of state. Nonetheless, critics are questioning China’s motives.

“China needs to nurture a better understanding of its intentions and visions” for the initiative “to prevent unnecessary suspicions about its geopolitical ambition,” The Jakarta Post said in an editorial that acknowledged that “we badly need the huge infrastructure spending that China is bringing.”

Similarly, Singapore’s Straits Times noted that China had recently used its economic clout to unsuccessfully pressure South Korea to back away from deployment of an advanced US anti-missile system by reducing Chinese tourism and blocking Korean music videos on streaming services.

Nationalists in Baluchistan have vowed to thwart the Pakistani leg of One Belt, One Road, dubbed the China-Pakistan Economic Corridor (CPEC). “This conspiratorial plan (CPEC) is not acceptable to the Baloch people under any circumstances. Baloch independence movements have made it clear several times that they will not abandon their people’s future in the name of development projects or even democracy,” said Baloch Liberation Army spokesman, Jeander Baloch.

Mr. Baloch spoke after two attacks by different groups in the last 96 hours, one targeting workers toiling on CPEC-related projects, the other Senator Abdul Ghafoor Haideri, the deputy chairman of the upper house of parliament, and a member of Jamiat e Ulema Islam, a right-wing Sunni Islamist political party that is part of Prime Minister Sharif’s coalition government.

The victims of the attack were from the Pakistani province of Sindh.

The attack on the workers exploited widespread discontent among Baloch that they are not benefitting from massive Chinese investment in their province that provides employment primarily for workers from elsewhere in Pakistan. The victims of the attack were from the Pakistani province of Sindh.

While widely condemned, the attack went to the core of problems with China’s execution of its One Belt, One Road initiative detailed in the leaked plan for Pakistan. The leaking of the plan, including its surveillance aspects, coincided with China’s release of the first public draft of a new intelligence law that gives authorities wide-ranging powers to monitor suspects, raid premises, and seize vehicles and devices while investigating domestic and foreign individuals and groups.

Pakistan’s Ministry of Planning, Development, and Reform did not deny the authenticity of the leaked plan. Instead, it insisted that the released document “delineates the aspirations of both parties” and asserted that parts of it were “factually incorrect.” The ministry said that the plan was “a live document” and that the published version did not reflect what had since been agreed by China and Pakistan.

Read more: Making a success story out of CPEC: Certain, probable, or doubtful?

The leaking of the plan, including its surveillance aspects, coincided with China’s release of the first public draft of a new intelligence law

Controversy over the leaked document nonetheless highlights problems that repeatedly arise from China’s lack of transparency when it comes to One Belt, One Road as well as a desire by governments that hope to benefit from the initiative to keep secret details that potentially could spark popular opposition.

The leaked document, even if it is not the most current version of plans for CPEC, nonetheless, reflects China’s thinking that has been evident not only in Pakistan but also in countries like Sri Lanka, Myanmar, and Tajikistan.

Chinese state-owned companies would lease thousands of hectares of agricultural land to set up “demonstration projects” in areas ranging from seed varieties to irrigation technology.

The draft plan detailed not only benefits China, but would also derive from its investment in Pakistan, but the way Pakistan would be turned even more than it already is into a surveillance state in which freedoms of expression and media are manipulated. It also suggested the degree to which One Belt, One Road is designed to establish China as Eurasia’s dominant power based on economics as well as the adoption of measures that undermine democracy or inhibit political transition in autocracies.

As part of the deal, Chinese state-owned companies would lease thousands of hectares of agricultural land to set up “demonstration projects” in areas ranging from seed varieties to irrigation technology. Chinese agricultural companies would be offered “free capital and loans” from various Chinese ministries as well as the China Development Bank.

Pakistan, only a raw material supplier?

The plan envisages the Pakistani textile sector as a supplier of materials such as yarn and coarse cloth to textile manufacturers in Xinjiang.

As part of China’s bid to quell ethnic unrest in Xinjiang through economic development, the plan envisages the Xinjiang Production and Construction Corps introducing mechanization as well as new technologies in Pakistani livestock breeding, development of hybrid varieties, and precision irrigation. Pakistan effectively would become a raw materials supplier rather than an added-value producer, a prerequisite for a sustainable textiles industry.

The plan envisages the Pakistani textile sector as a supplier of materials such as yarn and coarse cloth to textile manufacturers in Xinjiang. “China can make the most of the Pakistani market in cheap raw materials to develop the textiles & garments industry and help soak up surplus labor forces in (Xinjiang’s) Kashgar,” the plan said. Chinese companies would be offered preferential treatment with regard to “land, tax, logistics and services” as well as “enterprise income tax, tariff reduction and exemption and sales tax rate” incentives.

Chinese companies would exploit their presence to expand market share.

In other economic sectors such as household appliances, telecommunications, and mining, Chinese companies would exploit their presence to expand market share. In areas like cement, building materials, fertilizer and agricultural technologies, the plan called for building infrastructure and developing a policy environment to facilitate the entry of Chinese companies.

A full system of monitoring and surveillance would be built in Pakistani cities to ensure law and order. The system would involve deployment of explosive detectors and scanners to “cover major roads, case-prone areas and crowded places…in urban areas to conduct real-time monitoring and 24-hour video recording.”

A national fiber optic backbone would be built for internet traffic as well as the terrestrial distribution of broadcast media that would cooperate with their Chinese counterparts in the “dissemination of Chinese culture.” The plan described the backbone as a “cultural transmission carrier” that would serve to “further enhance mutual understanding between the two peoples and the traditional friendship between the two countries.”

The plan identifies as risks to CPEC “Pakistani politics, such as competing parties, religion, tribes, terrorists, and Western intervention” as well as security. “The security situation is the worst in recent years,” the plan said. Its solution is stepped up surveillance rather than policies targeting root causes and appears to question the vibrancy of a system in which competition between parties and interest groups is the name of the game.

Pakistan’s Planning Commission tasked with overseeing CPEC had sought to dampen expectations that Chinese projects would foster employment and investment even before the leaking of the document. The overseers told the Pakistani Senate that only Chinese investors would be allowed to invest in the nine proposed special economic zones across Pakistan and that it was uncertain whether Pakistan labor would be engaged. The zones would be open exclusively to Chinese companies. The overseers said Pakistan may not see a revenue windfall from the massive Chinese engagement.

China’s approach to One Belt, One Road as reflected in the leaked CPEC plan, is likely to prove to be the Achilles heel of its ambitious project. The leak demonstrates that the terms of Chinese investment cannot be kept from the public. The failure to be transparent upfront fuels suspicions and charges opposition.

Read more: CPEC’s vulnerabilities: Can Pakistan carve a way out?

More fundamentally, China’s setbacks to date serve as evidence that One Belt, One Road’s success will depend on popular buy-in in countries involved. Reinforcing authoritarian governance, including stepped-up surveillance and Chinese influence in national media, is ultimately likely to backfire. Stability is a pre-condition for the success of One Belt, One Road. It is likely to be best achieved by transparency and ensuring that everyone has a stake in the project rather than secrecy and increased authoritarianism.

Dr. James M. Dorsey is a senior fellow at the S. Rajaratnam School of International Studies, co-director of the University of Würzburg’s Institute for Fan Culture, and the author of The Turbulent World of Middle East Soccer blog. This article is republished with the permission of the author.

Previous articleIndian media tantalizes Russia over NSG membership: A wave of poor relations?
Next articlePakistan suffers: The corrupts are made heroes

18 June 2021
Previous articleIndian media tantalizes Russia over NSG membership: A wave of poor relations?
Next articlePakistan suffers: The corrupts are made heroes