On Sunday, Transparency International (TI) Pakistan clarified that findings of recent CPI Index 2019 do not imply an increase or decrease in the corruption in Pakistan in 2019 as its score falling from 33 to 32 is "within the standard margin of error". Investigations into the latest Corruption Perception Index 2019 by Transparency International Report revealed that the data on corruption incidence in Pakistan used for the list dates back to 2015-2017 when Nawaz Sharif was in power. Pakistan Tehreek-I-Insaf supporters mocked opposition parties, particularly Shahbaz Sharif, who bashed PM Khan and touted PML-N's reign as the 'most transparent'. 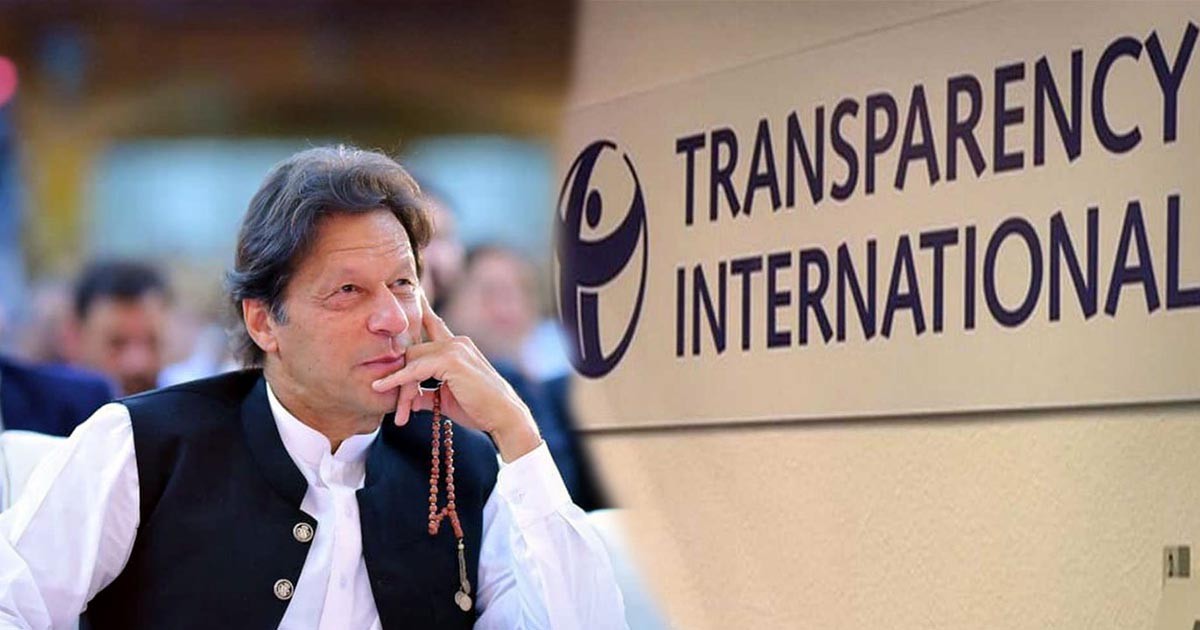 On Sunday, Transparency International (TI) Pakistan clarified that findings of recent CPI Index 2019 do not imply an increase or decrease in the corruption in Pakistan in 2019 as its score falling from 33 to 32 is “within the standard margin of error”.

“The lowering of Pakistan’s score by one does not reflect any increase or decrease in corruption as it is within the standard margin of error which is 2.46%,” a statement quoted TI Pakistan Chairman Advocate Sohail Muzzafar as saying.

Clarification by #TransparencyInternational @anticorruption on #Pakistan
What a slap in the face of all those who deliberately twisted the TI report. Please scream again to celebrate the PML-N indictment and bemoan poor/motivated reporting pic.twitter.com/ixE6KqcR27

Sohail Muzaffar explained that even Denmark had a score cut from 88 to 87 in the CPI but it remained the least corrupt country in 2018 and 2019.

He regretted the misquoting of facts of CPI 2019 by several TV reporters, journalists, anchorpersons, and politicians who hammered the current government of PTI merely on a misperception of increased corruption in the country. The tirade was intense also because PTI had won the elections on its years-long narrative against corruption and sweeping accountability drive in the country after assuming the power.

He said by giving false figures critics tried to ‘damage the reputation of Pakistan.’ He clarified that the 2020 data of Bertelsmann Stiftung Transformation Index (BSTI)- one of the eight sources used to collect data for Pakistan CPI is not made public and people quoted the data of 2018 from the report.

Pakistan was ranked 120 out of 180 countries in the Corruption Perception Index 2019 dropping three points in the rankings. On a scale from zero (most corrupt) to 100 (very clean), Pakistan was assigned 32 points on the list.

“And the scores of other 6 sources used in CPI are all different from 2018. Scores of 3 sources (WB, PRS, EIU) are [sic] increased and in [the remaining] sources (VDP, WEF, GICR) the scores are reduced.”

He said TI Pakistan has not contributed to the report and the report is prepared by TI Berlin. He recalled, in his earlier statement issued on Friday, he acknowledged the active role of NAB against corruption in Pakistan.

The press release issued by TI Pakistan explained the process of generating CPI. It stated that TI collects data from 13 different sources of 12 different institutions that provide the perception of corruption by business people and country experts of the corruption in the public sector of the country.

Adding that, ‘Each of the scores of the 13 sources included in the CPI is standardized by TI and data is entered in software, to calculate for the aggregation into the CPI score.’

The standardization converts data points to scale from 0 to 100 points.

An investigation of CPI by a news channel

A similar investigation into the latest Corruption Perception Index 2019 by Transparency International (TI) Report was highlighted by anchorperson, Maria Memon, in her talk show. She claimed that the data for CPI Pakistan dates back to 2015-2017 when Nawaz Sharif was in power.

Pakistan was ranked 120 out of 180 countries in the Corruption Perception Index 2019 dropping three points in the rankings. On a scale from zero (most corrupt) to 100 (very clean), Pakistan was assigned 32 points on the list.

Some interesting facts regarding transparency international 2019 index report, according to which the two agencies that ranked Pakistan negatively, collected their data during the government of PMLN from 2015 to 2018 and is clearly mentioned in the report. pic.twitter.com/K4BLdkBOSY

The report was used by opposition parties to unleash an intense diatribe against Prime Minister Imran Khan and his government. Last week, opposition struck PM Khan and his cabinet with accusations of corruption and massive financial irregularities.

However, PTI and PM Khan rejected the CPI 2019 and dubbed it malicious political victimization. PTI leaders strongly repudiated the accusations in TV talk shows but their defense lacked substantial argument to back their assertions.

4. A bit of diligence would have shown media that this year's Transparency International ratings do not reflect on PM @ImranKhanPTI's govt, either positively or negatively. Let's wait to see how these numbers evolve the next 3 years. But why get facts in the way of a good story?

Maria Memon asserted that Transparency International collected data from 13 global agencies for the ranking out of which 8 agencies provided data to TI for Pakistan.

She asserted that the data of the six out of eight agencies concluded no change in corruption index in Pakistan from 2018 to 2019, indicating a static corruption rate in Pakistan in these years. However, the two data collection agencies, Bertelsmann Foundation and World Justice Project Rule of Law Index scored Pakistan negative, further investigation revealed that these two companies had last collected data on Pakistan’s corruption index between 2015-2017. When incorporated in the list, the old data dropped Pakistan’s score in the CPI.

Transparency International's ranking of Pakistan on CPI is a proof that governance was more transparent during PML-N's tenure under leadership of NS than it is under PTI that was selected on ‘anti-corruption’ agenda. Rhetoric, divorced from realities, has a limited shelf life!

People jeered Shahbaz Sharif for his ill-informed tweet. Had he read the report he would have saved himself from the embarrassment because the data used for CPI was collected during the government of PML-N, said social media users.

Maryam Nawaz, after realizing the error made, made several failed attempts to delete the tweet. Meanwhile, the snapshots of her tweet bashing her party created a buzz on social media

Even, PTI leaders were mocked for taking on the blame without examining the CPI 2019. A score of people asserted that CPI could have become an instrumental aide to PTI in their fight against corruption.

The incident turned out to be another faux pass for PML-N, who ended up admonishing themselves in a rush to deride government and Imran Khan.