Oil prices surged, gold hit a more than six-year high and equities tumbled Monday after the US assassination of a top Iranian general last week fanned fears of a major conflict in the Middle East. 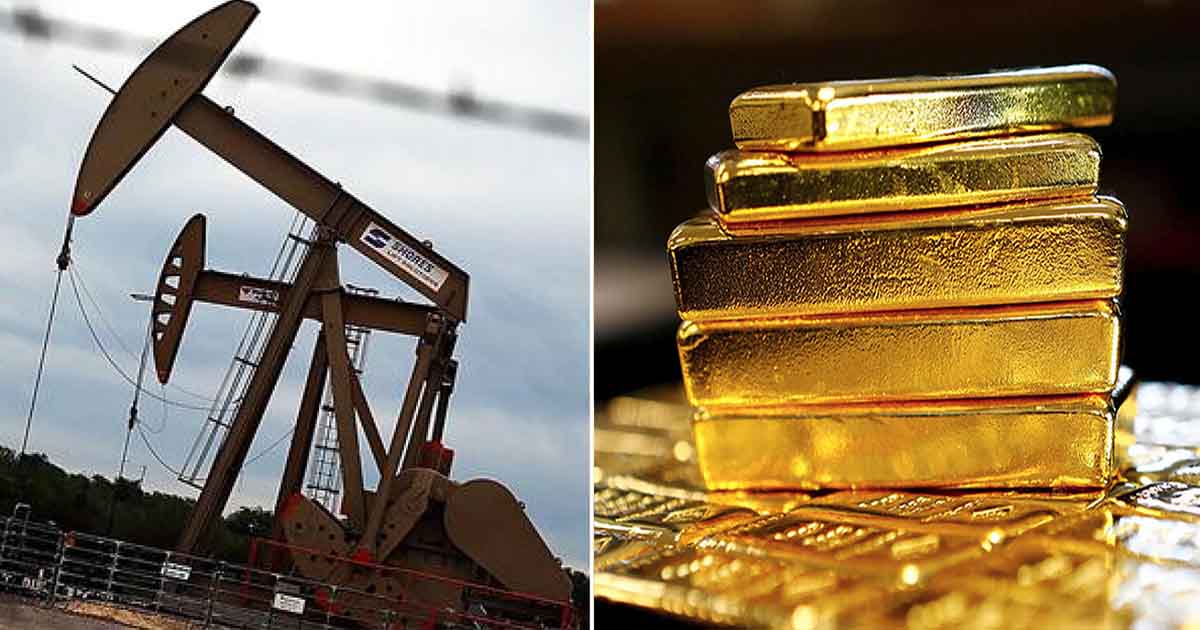 Oil prices surged, gold hit a more than six-year high and equities tumbled Monday after the US assassination of a top Iranian general last week fanned fears of a major conflict in the Middle East.

Donald Trump warned of a “major retaliation” against Tehran after it threatened revenge for the killing Friday of commander Qasem Soleimani, which shocked world markets and sparking a sell-off in stocks and a spike in crude.

Iran announced on Sunday a further rollback of its commitments to its nuclear accord, while Iraq’s parliament demanded the departure of American troops from the country as fallout from the attack spreads.

The crisis has jolted investors, who had been in an upbeat mood as China and the US prepare to sign their mini trade deal next week, while data indicate a slight improvement in the global economy.

Both main crude contracts were up more than two percent in early Asian trade, with Brent above $70 for the first time since September when attacks on two Saudi Arabian facilities briefly halved output by the world’s top producer.

White facing criticism for the actions and calls to dial down the tension, the US president was in combative mood, saying the White House had dozens of sites lined up for strikes in case of retaliation by Iran, adding that he did not need Congressional approval even for a “disproportionate” hit.

Read more: China & India will be the two countries dictating oil prices in 2020

Safe-haven assets popular in times of turmoil were also on the rise, with gold at highs not seen since mid-2013, while the Japanese yen was at a three-month high against the dollar.

Equity markets tracked losses on Wall Street, where the three main indexes fell from record highs, while all seven bourses in the Gulf Cooperation Council states finished sharply down, with some fearing Iranian revenge attacks on US assets or troops.

Some of the GCC members, including Kuwait, Qatar and Bahrain, are home to major US military bases, while there are also hundreds of troops in Saudi Arabia.

The losses on equity markets extended into Asia, with Tokyo down two percent by the break as dealers returned for the first time since the new year break. Hong Kong lost 0.7 percent and Sydney was off 0.4 percent.

The crisis has jolted investors, who had been in an upbeat mood as China and the US prepare to sign their mini trade deal next week

However, Shanghai rose 0.3 percent as investors cheered authorities’ pledge at the weekend to support China’s troubled banking sector and small businesses in the face of a growing debt mountain.

Friday’s attack sent shockwaves through global markets, which had been enjoying a healthy run of gains in the wake of the China-US trade deal, which eased tensions between the economic powers.

“Everyone got comfortable in that fact that the truce in the trade war had come through and the outlook for 2020 looked a little bit better and then we had another geopolitical reminder come through,” Peter Dragicevich, a market strategist at Suncorp Group Financial, said.

News Desk - 19 June 2021
|Zahid Shahab Ahmed and Stuti Bhatnagar A long-running territorial dispute between India and Pakistan that has its origins in the partition of British India, the...