Curfew imposed in US cities as protests become unmanageable

Major cities of the United States are quickly ordering curfews as the protests over the murder of George Floyd quickly become unmanageable. New York has become the latest city to have a curfew imposed, and is quickly succumbing to the protests. Meanwhile unrest spreads across the United States. Will the US be able to rise after this debacle? 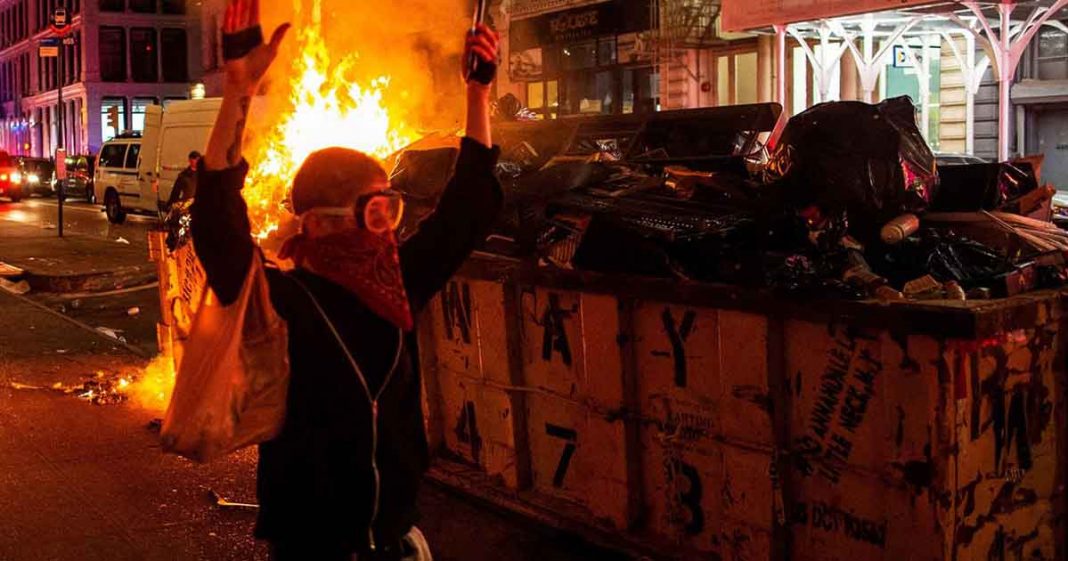 The ongoing violent protests against the murder of George Floyd, a black man, at the hands of police has seen governors of various states impose strict curfews. This is a shocking development, seeing as the United States was all set to move out of the impose lockdown this month. Thus, New York Mayor Bill De Blasio has extended the city’s curfew order amid ongoing protests and unrest over police brutality, imposing another day of travel restrictions after authorities again failed to stop looting and vandalism.

Announcing the move in a tweet on Monday night, De Blasio said Tuesday will see another curfew, this time beginning at 8pm instead of 11pm, noting that “keeping people safe” is his “first priority.”

“These protests have power and meaning. But as the night wears on we are seeing groups use them to incite violence and destroy property,” the mayor said.

These protests have power and meaning. But as the night wears on we are seeing groups use them to incite violence and destroy property.

Our first priority is keeping people safe, so I’m extending the curfew to Tuesday. It will begin at 8pm.— Mayor Bill de Blasio (@NYCMayor) June 2, 2020

Images of vandalism and looting in New York have emerged on social media, mirroring scenes in countless other cities over the last week as protests over the police killing of George Floyd erupt into rioting and mayhem.

De Blasio’s initial decision to impose a curfew from 11pm drew massive backlash online, with netizens reporting that shops and other properties around the city had been looted and vandalized long before the curfew was supposed to take effect.

“What a joke. In the meantime, looters are tearing through the city, busting windows and destroying property while stealing (and have been for hours),” television host and author Jedediah Louisa Bila tweeted.

While many chided the mayor for being too late with the curfew, others argued that the measure would affect workers on late night shifts, many of them migrants and people of color.

Walz extended a curfew for a third night Sunday and praised police and guardsmen for holding down violence, saying, “They did so in a professional manner. They did so without a single loss of life and minimal property damage.”

“Congratulations to our National Guard for the great job they did immediately upon arriving in Minneapolis, Minnesota, last night,” Trump said in a tweet adding that they “should be used in other States before it is too late!” In another tweet he praised the National Guard for playing “no games.”

The Department of Defense said that around 5,000 National Guard troops had been mobilized in 15 states as well as the capital Washington with another 2,000 on standby.

The widespread resort to uniformed National Guards units is rare, and it evoked disturbing memories of the rioting in US cities in 1967 and 1968 in a turbulent time of protest over racial and economic disparities.

In Washington, protesters faced off with secret service agents outside the White House for a second straight night as Trump faces the most serious civil unrest of his presidency, in the middle of the historic coronavirus pandemic.

Eleven Washington police officers were injured, a spokesman said Sunday, including one who suffered a fractured leg.

Multiple arrests were reported by US media in Minneapolis, Seattle and New York as rallies continued through the night. Officers in Los Angeles fired rubber bullets and swung batons during a testy standoff with demonstrators who set fire to a police car.

US & Pakistan Relations: Under the Lens of an “Eternal Optimist”