Abhinav further says, "My enemies are sharp, cunning and always attack me from the back and stay hidden. He accused Salman Khan and his family of links with the underworld which they use to intimidate people. 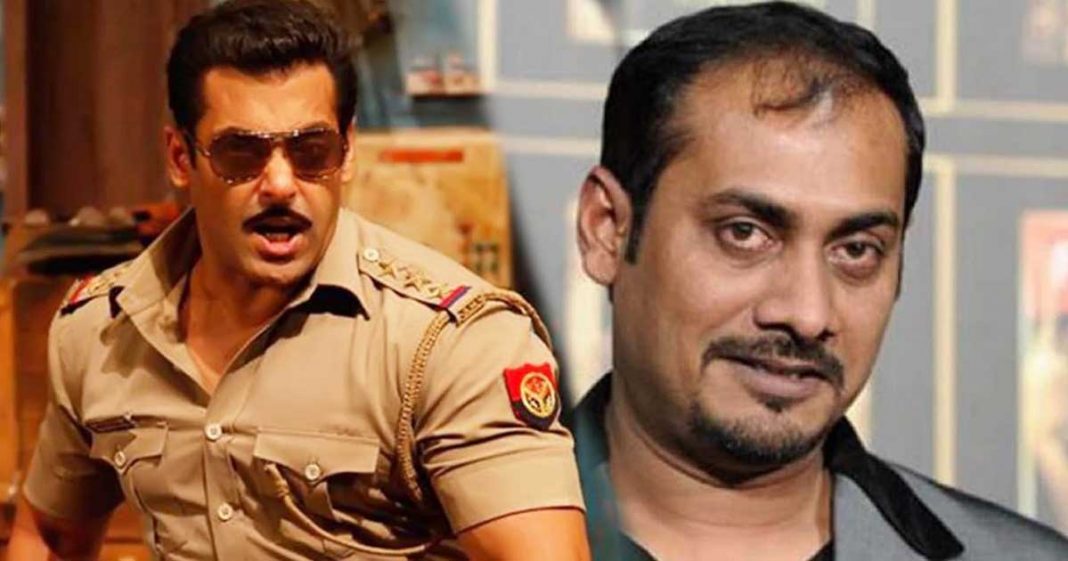 In the lengthy Facebook post, Abhinav Kashyap explained how the family of Salman Khan and his brothers used their influence to ruin his career. He stated the reason why he did not direct a sequel of the blockbuster movie, Dabangg.

“I have experienced exploitation and bullying first hand. The reason why I moved out of making Dabangg 2 ten years ago was that Arbaaz Khan in collusion with Sohail Khan and family was trying to take control of my career by bullying me. Arbaaz Khan sabotaged my second project with Shree Ashtavinayak Films that I was signed up with by personally calling their head Raj Mehta and threatening him with dire consequences if they made a film with me.”

“I had to return the signing money to Shree Ashtavinayak Films and moved to Viacom Pictures. They did the same thing. Only this time the sabotager was Sohail Khan and he intimidated the then Viacom CEO Vikram Malhotra,” writes Abhinav.

Please take a moment to read this post by Dabangg’s director, Abhinav Kashyap.
He talks about how he has been bullied & mentally tortured by the bigwigs (Salman Khan & family) of Bollywood. I am appalled. pic.twitter.com/Nj9WIFymEx

Abhinav further says, “My enemies are sharp, cunning and always attack me from the back and stay hidden. But the best part is after 10 years, I know who my enemies are. Let it be known that they are Salim Khan, Salman Khan, Arbaaz Khan, and Sohail Khan. There are many other small fry’s but Salman Khan’s family is the head of this venomous serpent. They use a clever mix of ill-gotten money, political clout, and connections with the underworld to intimidate anyone and everyone.”

Dabanng was the directorial venture of Abhinav Kashyap that starred Salman Khan in the lead role. He next directed the movie Besharam, starring Ranbir Kapoor that did not do well. Since then, Kashyap did not direct any film.

Links of Salman Khan with the underworld

Abhinav Kashyap made shocking assertions about Salman Khan. Kashyap also exposed the links of the family of Salman Khan with the underworld. He said they used these links to intimidate people. He said Salman Khan and his family consistently sabotaged his projects. Even intimated female members of his family with rape threats. He eventually got divorced and his family broke up in 2017.

Abhinav Kashyap exposed the ugly facet of Bollywood in his post. He says Bollywood is not a pure entertainment industry but is fraught with malicious agendas of the powerful celebrities who bully and even tarnish the careers of budding artists in the industry. Kashyap said powerful celebrities like Salman Khan use their political connections, bullying, and even harassment to take control of the careers of new entrants in the industry.

He said the deceased actor Sushant Singh Rajput faced similar harrowing circumstances that forced him to give up his life.

Kashyap stated that talent hunt companies abuse the new entrants in the name of giving them opportunities. They lure them with the false dreams of a bright future that never comes true. Most of these aspiring performers end up in despair or become a tool to please the sexual desires of the rich and powerful in the political, entertainment, and the corporate world.

He added that he has the shreds of evidence of the threatening messages he received from different numbers. Abhinav Kashyap suspects Sohail Khan- brother of Salman Khan is behind this. Kashyap said he went to Police to seek help. But even the Police refused to help him.

He opened up about his painful experiences that drowned his career also affected his mental health. Kashyap also said that he would not give up like Sushant Singh Rajput. But he will fight against his enemies till the end.

The subjects of power abuse, bullying, nepotism, and clique drive culture in Bollywood highlighted after the suicide of actor Sushant Singh Rajput. The Facebook post of Abhinav Kashyap regarding Salman Khan gained traction on social media as it triggered a debate about the dark facet of Bollywood. The social media users slammed bigwigs of Bollywood including Shah Rukh Khan, Karan Johar, Alia Bhatt, and Salman Khan for hypocrisy and faking tears on social media over the death of Sushant Singh Rajput.

Videos of these actors bullying the actor resurfaced on social media. Hence his supporters accused nepotism and unwarranted scorn of the bigwigs of the Bollywood actor that forced him to commit suicide.

A screenshot of the comments of Sushant Singh Rajput appeared on social media, in which he appealed to his fans and followers to watch his movies and make them a big success. Since in case of their failure, he would be thrown out of the film industry. Because he did not have a ‘godfather’ in the entertainment industry hence he needs the support of his fans to survive.

Also he talked about nepotism in the Indian film industry. Added that the children of stars get the opportunity to make their debuts with A-list directors and producers.