The incident plunged the entire Bollywood fraternity into disbelief as they expressed grief and shock on the untimely demise of the rising actor Sushant Singh Rajput. The Bollywood actor was found hanging in his apartment in Mumbai. 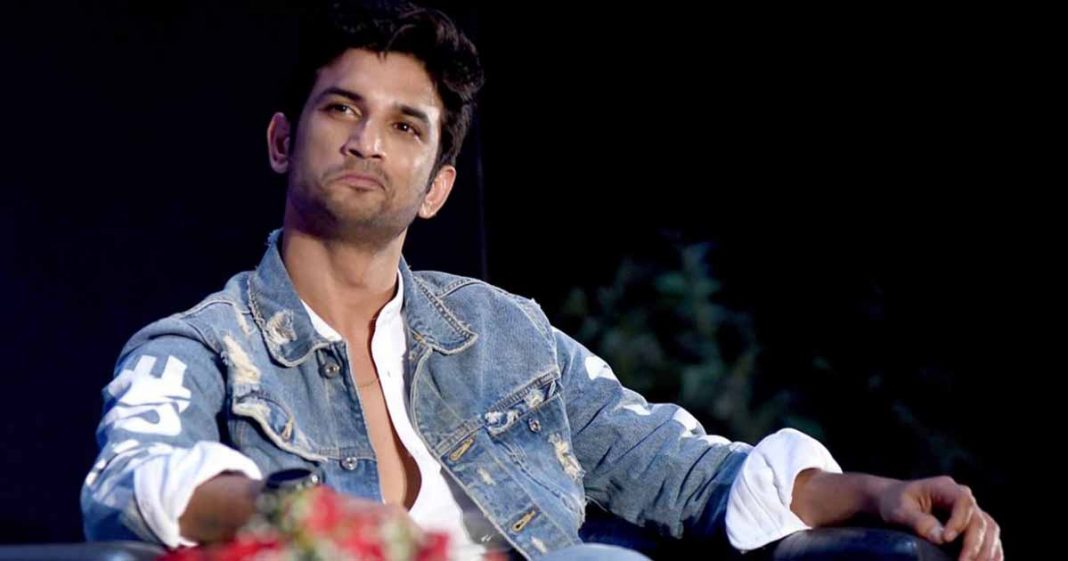 Bollywood actor Sushant Singh Rajput committed suicide at the age of 34 at his Mumbai residence.

The incident plunged the entire Bollywood fraternity into disbelief as they expressed grief and shock on the untimely demise of the rising actor Sushant Singh Rajput. The Bollywood actor was found hanging in his apartment in Mumbai.

A week ago, Sushant Singh Rajput’s ex-manager Disha Salian had also committed suicide after she jumped from the 14th floor of her apartment. Sushant had expressed grief on her demise. Several reports have claimed that Sushant Singh Rajput was suffering from acute depression and stress for quite some time. He was reportedly receiving treatment for depression.

His Bollywood peers took to Twitter to mourn his death. Sushant Singh Rajput is trending on Twitter since yesterday. His suicide has put under the spotlight the subject of mental health and depression. The discussion around mental health and challenges to outstrip depression picked up on social media.

His fans discussed how fame, wealth, and success are not the ultimate solutions to happiness and contentment. Behind the glamorous and glitzy world of entertainment, a score of these entertainers suffer from discontentment. Hence, social media users believe that the demise of Sushant Singh exposed the fact that even celebrities suffer from sadness, anxiety, and depression.

Who is Sushant Singh Rajput?

#SushanthSinghRajput donated ₹1 crore for #Keralaflood relief in August 2018 in the name of one of his fans, Subham Ranjan. A month later, when flood ravaged Nagaland, he gave away ₹1.25 crore https://t.co/ui80yvAClW

Sushant Singh made his Bollywood debut with the movie Kai Po Che! (2013). He received a nomination for the Filmfare Award for Best Male Debut. After that, he starred in a romantic comedy Shuddh Desi Romance (2013). In the action/thriller Detective Byomkesh Bakshy! (2015). His highest-grossing releases came with a supporting role in the satire PK (2014).

Singh’s biggest success was a biopic M.S. Dhoni: The Untold Story (2016). He appeared in a titular role. Rajput went on to star in the commercially successful films Kedarnath (2018) and Chhichhore (2019).

Sushant received his first nomination at Filmfare Awards where he was chosen for Best Actor.

Rajput attended St. Karen’s High School in Patna and Kulachi Hansraj Model School in New Delhi. According to Rajput, he secured admission in the Bachelor of Engineering (Mechanical Engineering) class at Delhi College of Engineering. He was a National Olympiad Winner in Physics. Later, Sushant started taking part in theatre and dance. That’s when he rarely had time to pursue studies. He completed only three years of the four-year course before dropping out to pursue an acting career.

A gem of a person! Here’s a video of #SushanthSinghRajput bonding with a little fan.#SushantNoMore pic.twitter.com/FNQB51Gbwj

Rajput auditioned for Abhishek Kapoor’s Kai Po Che! and was selected to play one of the three leads, along with Rajkumar Rao and Amit Sadh. Based on the Chetan Bhagat novel The 3 Mistakes of My Life, the film proved to be a commercial success. His portrayal of Ishaan Bhatt, an ex-district level cricketer who is a victim of politics in the cricketing selection fraternity, was praised.

His second movie was Shuddh Desi Romance, alongside Parineeti Chopra and Vaani Kapoor. Directed by Maneesh Sharma and produced by Yash Raj Films. The film deals with the subject of live-in relationships.

Sushant’s next role was in Rajkumar Hirani’s 2014 film PK. Despite a limited role, Sushant Singh worked along with Aamir Khan and Anushka Sharma. The movie became the highest-grossing Indian film.

Thank you #SushanthSinghRajput for the memories.. you will be truly missed.. and yes @iamsrk he loved u so much..!! pic.twitter.com/dZ9YdBbLEf

Rajput appeared in Kedarnath in 2018. A love story set in the backdrop of the 2013 floods in Uttarakhand, co-starring Sara Ali Khan. In this film, he played the role of Mansoor Khan, a Kashmiri young man.

In 2019, he appeared in Abhishek Chaubey’s Sonchiriya opposite Bhumi Pednekar. He also featured in Nitesh Tiwari’s Chhichhore opposite Shraddha Kapoor that released on 6 September 2019. Later that year, he starred in Drive alongside Jacqueline Fernandez. The movie was released on Netflix.

In 2020, he starred in Mukesh Chhabra’s remake of The Fault in Our Stars titled Dil Bechara. But coronavirus pandemic delayed the release of the movie.

Rajput was in a relationship with his co-star Ankita Lokhande for six years. They broke up in 2016. The couple never announced their break up. Ankita supported Sushant Singh Rajput in his early days in the industry.

He started dating Kriti Sanon during the shooting of the film Raabta. Even though, the film did not do well on the box-office but the rumoured relationship hit the headlines for months.

He then reportedly started dating Rhea Chakraborty around May last year. The couple never confirmed the reports but the social media posts spoke volumes about their relationship. Images from their holidays and trips went viral on social media.