After liking an offensive tweet, targeting PM Imran Khan, Pakistan’s leading newspaper claims that "It was due to ‘an unintended human error’." So who liked the tweet from Dawn's account? 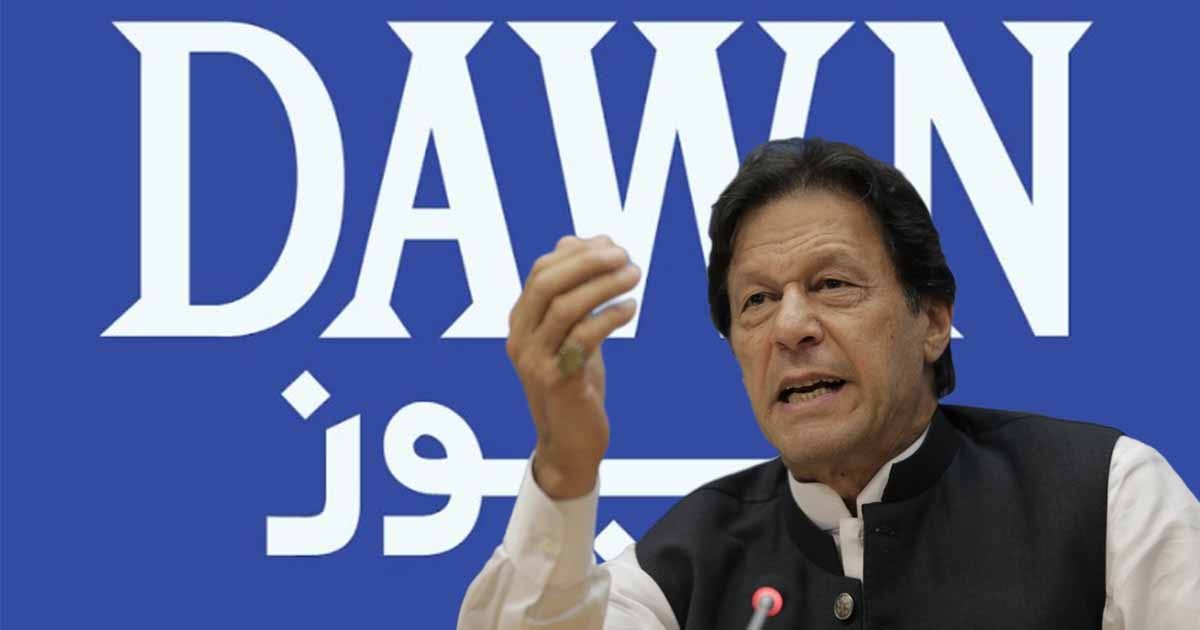 Dawn, Pakistan’s leading English language newspaper, has clarified that “Due to an unintended human error, a like was placed by this account on an offensive tweet”. Dawn, from its official Twitter handle, liked an offensive tweet against Prime Minister Imran Khan on Tuesday.

Dear readers, due to an unintended human error, a like was placed by this account on an offensive tweet. This is a rare happening caused by using multiple software/logins. We sincerely apologise and will work to ensure this is not repeated.

It is worth recalling that Faisal Edhi, the head of one of Pakistan’s largest charity groups, ‘Edhi Foundation’, has tested positive for coronavirus, reported local media on Tuesday.

Edhi had travelled to Lahore and then to Islamabad, where he met Prime Minister Imran Khan and donated Rs.10 million on behalf of his organization. His family told the media that he had insisted on COVID-19 test and the result came today as positive.

Dawn created a poll on Twitter and asked if the premier should get tested after Edhi’s case. An account, apparently operating from India, posted an offensive tweet against the premier which was liked by dawn account.

Dawn News gets EXPOSED yet again!👎

However, analysts raised some questions as to how this mistake took place. Hussain Nadim, an academic and political commentator, noted and said that “Such a mistake is most likely to happen when a newspaper takes a very strong position against someone/something.”

Haroon Hameed, Dawn’s CEO, wrote an Op-Ed for The Washington Time, and claimed that “There is an unprecedented assault by the Pakistani military on the freedom of the press, which is threatening our chances for free and fair elections.”

Haroon, who is also President of the All Pakistan Newspapers Society (APNS), made various shocking claims in his piece and held the armed forces of Pakistan responsible for making the election only a process of ‘selection’. Without providing any evidence, the CEO of Dawn has also written in his piece that “Certain forces aim to prevent the media from providing independent coverage to the country’s central political issue.”

Read More: Zardari’s Interview taken down: Can he even appear on National TV?

His piece became popular internationally. BBC anchor, Stephen Sackur asked him, “The bottom line is this, you the self-proclaimed, independent, impartial, neutral media group covering Pakistan politics seem to be supportive and sympathetic of Nawaz Sharif and his daughter who are now, it has to be said, convicted criminals.”

Hameed Haroon: “I think now what’s important is that there is an element of orchestration in that.” Stephen Sackur: “Where is your evidence? Who is orchestrating and where is your evidence for it [this claim]?” Hameed Haroon: “I think if you go to social media if you look at the trolls on social media if you look at the attacks on Dawn. You might get some idea that there is a very large presence by the ISPR [he meant Pakistani intelligence when asked for clarification by Stephen Sackur].”

It is not confirmed whether Dawn is going to conduct an inquiry into this matter or not.

How Modi won? What lies ahead?