World Bank calls out Dawn for contradictions on KPEC 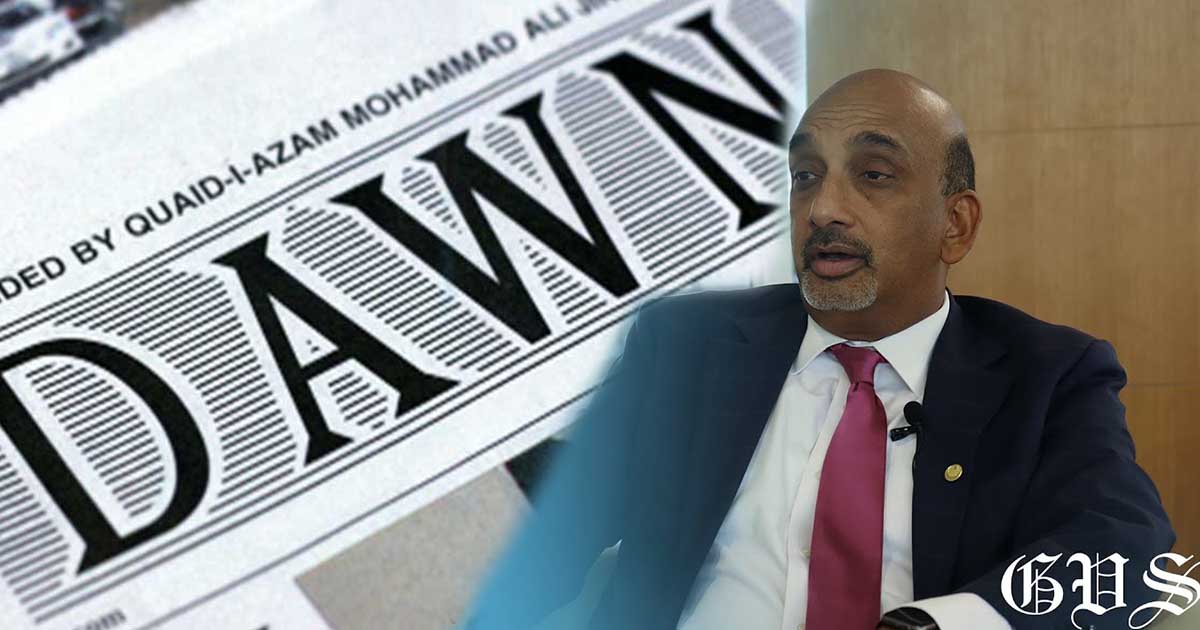 Earlier on Friday and Saturday, Dawn published two articles detailing the unviability of a World Bank loan to Pakistan for the construction of the Khyber Pass Economic Corridor (KPEC). Quoting a source saying that it was ‘road to nowhere’ an expression they used in the title of their article. However, World Bank’s Country Director for Pakistan, Illango Patchamuthu, said Dawn published two contradictory articles containing erroneous information regarding the project.

KPEC part of ongoing and planned road investments from Dushanbe to Karachi by the countries along the corridor. The project will build a 48-kilometer 4-lane expressway between Peshawar and Torkham by June 2024. It will also generate local economic opportunities and create up to 100,000 new jobs for Pakistanis in Khyber district. The project was designed by the National Highway Authority (NHA) and the Government of Khyber Pakhtunkhwa (KP).

Dawn briefed readers on the ‘opposition’ by the Planning Commission on technical and economic basis. The Commission was quoted to say, “If the existing facility is dualised, which is a less cost proposition; it can accommodate 50,000 VPD and would suffice the traffic demand for next many years. Construction of four-lane motorway on new alignment is not justified having very high unit cost of Rs871.5m per kilometre, which is more than the unit cost of Rs655m per km for six-lane Lahore-Abdul Hakeem Motorway recently completed, Rs435.82m per km for four-lane Hakla to Yarik (D. I. Khan) motorway and Rs510m per km for four-lane Sialkot to Lahore motorway”.

Furthermore, the National Highway Authority (NHA), the proposed executing agency for this project, was claimed to have a throw-forward of Rs1.166 trillion with an allocation of Rs155bn under the Public Sector Development Programme 2019-20. Keeping the yearly allocations fixed at Rs155bn, about 7.5 years would be required to complete the NHA projects, those including in the PSDP 2019-20.

The economics and finance team of @dawn (@KhurramHusain et al) have taken their juvenile twitter trolling to the paper itself. And the editor in chief probably encourages that. To hell with accuracy or verification with multiple sources. Venomous rules the day at Dawn https://t.co/Cd9lDcF0JI— Javed Hassan (@javedhassan) December 15, 2019

“With already constrained fiscal space and very low traffic volumes at present, taking up the project at a very high cost and with such rich specifications on loan basis is not justified,” it was concluded by this statement from the Commission.

Thus painting a rather gloomy picture of the project with an unfavorable cost-benefit analysis.

Patchamuthu provided a factsheet which gives research backed data and rationale for the project to clear misconceptions.

The cost estimate per kilometer without contingencies is equivalent to $6.7 million. This cost is lower than the international average of $8-10 million per kilometer for expressways in similar mountainous and hilly terrains

The need of the project is justified given the slow moving vehicles due to traffic and steep grades. The existing road is not adequate and cannot be expanded on the current alignment at reasonable cost due to engineering constraints and expensive resettlement and land acquisition. On a road that carries 9,110 vehicles per day, the report expect 6,651 vehicles will divert from the existing road to the new expressway.

Combatting a concern penned by Dawn from a ‘highly placed source’ who questions the benefit of this project as the road ends at Torkham, the report says the traffic projection does not depend on any further upgrade to the roads on the Afghan side of the Corrdior between Torkham and Kabul.

In terms of KPEC’s cost, the report’s cost and contingency estimates are based on international practice for this type of four lane expressway. The cost estimate per kilometer without contingencies is equivalent to $6.7 million. This cost is lower than the international average of $8-10 million per kilometer for expressways in similar mountainous and hilly terrains.

2. If Pakistan's future is in strengthening its economy, trade to Central Asia has to be a bedrock & KPEC, as explained below, is anything but a "road to nowhere". It's economic value, locally as well as in terms of trade for the country is a game changer.https://t.co/VvKLIDie9e

While cost estimates were based on preliminary designs, bidders will develop their own detailed designs and price the work accordingly. Therefore, the best time to review costs will be after the contracts for the main civil works have been awarded. This is in line with international best practice.

However, the World Bank notes the possibility of cost hikes given exchange rate fluctuations. Inflation will likely continue to be added to the base cost estimate between now and the time bids are launched. Sticking to the US$ equivalent estimate of 2017 is the best practice to account for exchange rate variation of the local currency and the inflation in the country. Despite the concerns this could raise, the report says this approach has been quite reliable in managing most World Bank projects e.g. the Karachi Port Improvement Project.

The numbers may seem high, but the World Bank’s loan still stands as a low financing source. KPEC is financed with a $460.6 million IDA concessional credit from the World Bank and $22.15 million from the government. The World Bank’s concessional financing has a maturity of 30 years and an interest rate of 1.25 percent after a 5-year grace period. This financing cost is lower than the government’s own cost of funds. The commitment charge is currently zero. This means that any cost savings realized through competitive bidding can be repurposed or cancelled at no cost to the government.

The project does not only favor Pakistan economically, as the report claims, but also benefit local communities as KPEC has a $72 million component to support businesses and people along the road corridor in Khyber district. Communities will benefit from secondary roads connecting them to the expressway, commercial infrastructure, and the revitalization of industrial estates in the area.

The project will develop urban centers and industrial estates for marble, packaging, transport and freight sectors. KPEC will support small and medium enterprises and will create an estimated 60,000-100,000 new jobs, including for women.

Galaxy S9 is the most popular smartphone in the world