Death of Sultan Qaboos: Will Oman’s role change in the region?

Sultan Qaboos who replaced his father, with British help in 1970, had ruled since then for almost 50 years. Under him Oman attempted to become a stable moderate Arab nation with a controlled limited monarchy lead democracy. Oman with large area and small population has tried maintaining good relations with all sides from Iran to Israel. Question on all minds is will his death change Oman's political direction? 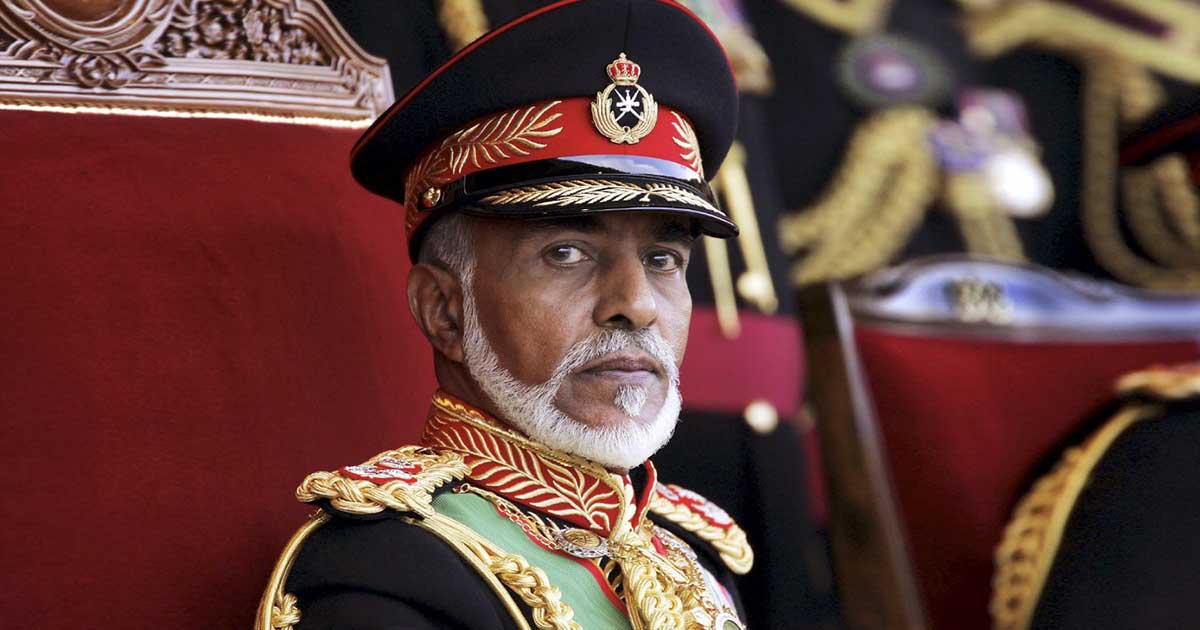 Bordering the Arabian Sea, the sultanate of Oman, known for its crystal-clear waters, vast desert and mountain ranges, has positioned itself as the Gulf’s discreet mediator.

It is the country’s natural beauty and historical sites that have helped double the number of tourists in the past eight years, according to government statistics.

But many Western and Arab diplomats see the sultanate as a model of balance on regional issues.

Here are some key facts about the sultanate, whose population stands at 4.6 million, almost half are expatriates.

Sultan Qaboos, who died on Friday at the age of 79, transformed the former Arabian Peninsula backwater into a modern state while shielding it from much of the region’s turmoil by adopting a moderate approach on foreign policy.

This model of balance has led many Western nations to repeatedly turn to Muscat to act as a mediator in resolving thorny regional issues — from the kidnapping of Americans and Europeans to the 2015 Iran nuclear deal.

It elected its speaker for the first time and assumed the power to grill ministers but has no role in defence, internal security or foreign affairs

Oman also mediated between Tehran and Washington for prisoner releases, including the freeing of three US hikers jailed in Iran on suspicion of being spies after they strayed across the border in 2009.

Although it is a member of the Saudi-dominated Gulf Cooperation Council (GCC), Oman is the only Gulf country not to have taken part in the Saudi-led military coalition’s fight against Yemen’s Iran-aligned Huthi rebels.

More than four years after the war broke out between the Saudi-backed government and the rebels, Oman remains a neutral ground where the two sides have convened for talks on prisoner swaps.

Oman was also the first Gulf state to receive Israeli Prime Minister Benjamin Netanyahu in October 2018. Egypt and Jordan are the only Arab countries to have formally established diplomatic ties with the Jewish state.

The sultanate is strategically located on the Strait of Hormuz — the narrow seaway through which much of the world’s oil supply passes — between regional rivals Iran and Saudi Arabia and maintains good relations with both.

In 2019, Oman — at the mouth of the Gulf — said it signed an agreement with the United States that would allow American ships and warplanes to take advantage of its ports and airports.

At the mouth of the Gulf, the strait is crucial to global energy supplies, with about a third of the world’s seaborne oil passing through it every day.

Shiite Iran has repeatedly threatened to block the strait amid tensions with Sunni-ruled Gulf nations, including Saudi Arabia.

Oman is the biggest oil producer in the Middle East outside OPEC, producing 1 million bpd.

In 1991, Qaboos, the longest-reigning ruler of the modern Arab world, offered a modicum of democracy, creating a Consultative Council with elected members to complement the State Council — whose members he appointed.

Qaboos slightly expanded the council’s powers in 2011 after unprecedented social unrest in the Gulf Arab country.

It elected its speaker for the first time and assumed the power to grill ministers but has no role in defence, internal security or foreign affairs. It is not clear who will succeed Qaboos.

Read more: Tayyib Erdogan: A New Turkish Sultan and A Caliph in Making

According to the constitution, the royal family council has three days to appoint a new heir after the sultan’s death.

If an agreement is not reached, the defence council, along with the heads of the consultative council, the council of state and the supreme court, will confirm a successor nominated by Qaboos in a sealed document.

Brexit in dates: From Leave shock to deadlock in parliament

What is the future of Russo-British Trade