Did PML-N win the by-polls? 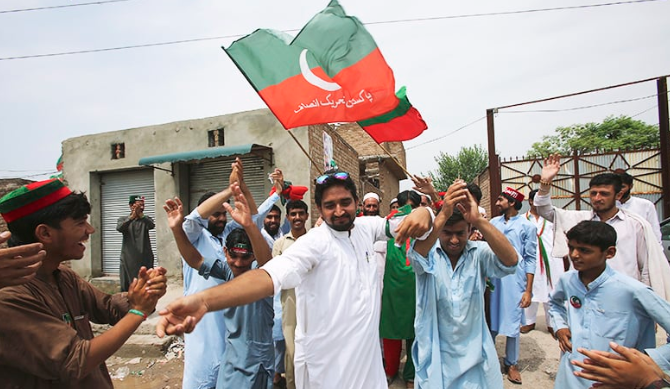 Former Prime Minister Nawaz Sharif said on Monday thanked the nation for supporting Pakistan Muslim League-Nawaz (PML-N) in by-elections and rejecting propaganda against his party. Outside the accountability court, Mr. Sharif maintained that the PML-N had won the seats which belonged to the ruling party. “We received more votes than we expected,” he said.

Ousted prime minister also claimed that it was happening for the first time in the history of Pakistan that a government had been in power for 50 to 60 days and lost its legitimacy. He, however, conveniently missed the fact that governments have always been in winning mode in by-polls throughout the political history of Pakistan because the sitting government uses the state machinery for ensuring the results of its own choice.

The court granted a 10-day physical remand of Shahbaz to NAB. The opposition leader is being investigated by the watchdog now.

Analysts opine that the PTI’s government deserves due credit for not interfering into electoral process and letting the Election Commission of Pakistan (ECP) do its work independently. Moreover, Mr. Sharif repeatedly maintained that he and his brother Mr. Shahbaz Sharif were being victimized for political reasons.

“As prime minister and Punjab chief minister, I and Shahbaz Sharif fulfilled our responsibilities with honesty and this can be cross-checked,” said Nawaz. It is important to mention here that Mr. Sharif was disqualified from being a member of the parliament for not being truthful and honest in Panama Papers Case.

The court stated that “it is hereby declared that having failed to disclose his un-withdrawn receivables constituting assets from Capital FZE Jebel Ali, UAE in his nomination papers filed for the General Elections held in 2013 in terms of Section 12(2)(f) of the Representation of the People Act, 1976 (ROPA), and having furnished a false declaration under solemn affirmation respondent No. 1 Mian Muhammad Nawaz Sharif is not honest in terms of Section 99(f) of ROPA and Article 62(1)(f) of the Constitution of the Islamic Republic of Pakistan, 1973 and therefore he is disqualified to be a Member of the Majlis-e-Shoora (Parliament)”.

Later on, an accountability court awarded total 11 years imprisonment to Nawaz Sharif, 7 and 1 year to Maryam Nawaz and her Husband Captain Retired Safdar respectively in a much-awaited decision in Avenfield reference. Similarly, Nawaz’s younger brother and former CM Punjab Shahbaz Sharif has been arrested by the NAB in the Ashiana Iqbal Housing Scheme case and was produced before accountability court, Judge Najmul Hasan.

In such a situation, the victory of PML-N is not surprising. But this victory is neither an indication of PTI’s failure to appease the nation nor does it represent any change in the public opinion.

The court granted a 10-day physical remand of Shahbaz to NAB. The opposition leader is being investigated by the watchdog now. Political commentators in Pakistan argue that the dismaying performance of the PTI is due to some very important reasons e.g. the leadership remained focused on governance-related issues and did not think about the by-polls and PM Khan behaved like a Prime Minister and not a party head.

This is the main reason why the PTI could not manage to show outstanding performance in the by-elections on Sunday. Analysts believe that some of the seats traditionally belonged to the former ruling party. It is worth mentioning here that the PML-N remained in power in Punjab for ten years.

Read more: Nawaz to architect a plan to defeat PTI in by-polls

And Lahore remained under the focus of Mr. Shahbaz who spent a larger amount of the budget on the metropolis. In such a situation, the victory of PML-N is not surprising. But this victory is neither an indication of PTI’s failure to appease the nation nor does it represent any change in the public opinion.

While commenting on NA-131 where Imran Khan won in the general elections but now PML-N managed to get it back, analysts argue that it was the charisma of PM Khan’s personality that he managed to win the seat which belonged to the former ruling party. This win was because of Imran Khan and not anyone else.