Did WHO & its Chief failed the world facing Corona Pandemic?

The World Health Organization and its Chief, Tedros Adhanom, are coming under severe criticism by Trump Administration. US President believes that WHO failed to alert United States and Europe to the kind of pandemic that was originating from China - advising against closing down travel links with China when it was most needed. Tedros is hitting back calling it "politics" and also trying to pray it as "Black" vs "White". But many in the United States think that Tedros was under China's influence. 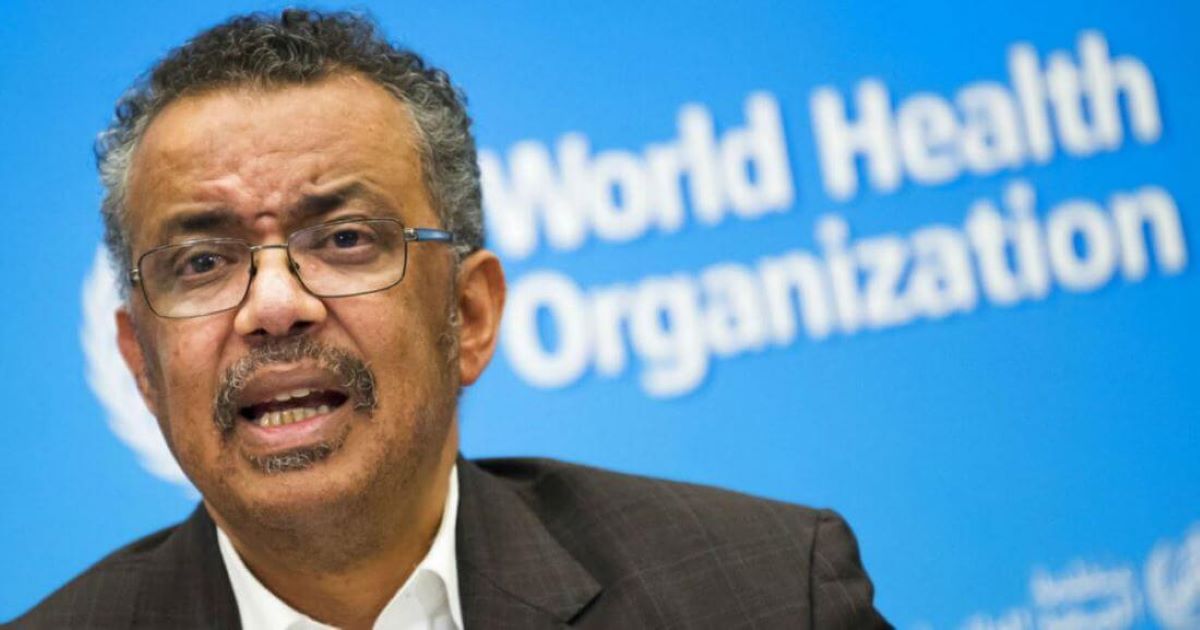 The World Health Organization (WHO) on Wednesday pleaded for global unity in fighting the coronavirus, following US President Donald Trump’s stinging attack on its handling of the pandemic.
As the WHO prepares to mark 100 days on Thursday since it was first notified of the outbreak in China, director-general Tedros Adhanom Ghebreyesus hit back at accusations that it had been too close to Beijing.

The UN’s health agency has faced criticism in the past both for overreacting and for moving too slowly in fighting epidemics, but it has rarely faced as much scrutiny as with the COVID-19 pandemic.

Trump piled in on Tuesday, accusing the WHO having “called it wrong” and months too late, while taking US money but favoring China.

The new coronavirus, which first appeared in China in December, has gone on to kill more than 80,000 people, while more than 1.4 million people have tested positive.

WHO chief Tedros Adhanom Ghebreyesus hits back after US President Donald Trump took aim at the UN health body, accusing it of taking US money but favoring China, where the outbreak emerged in December. #coronavirus https://t.co/rRDzVXBIx9— Rappler (@rapplerdotcom) April 8, 2020

“The WHO really blew it. For some reason, funded largely by the United States, yet very China centric. We will be giving that a good look,” Trump said on Twitter.

“Fortunately I rejected their advice on keeping our borders open to China early on. Why did they give us such a faulty recommendation?”

However, French President Emmanuel Macron later “reiterated his belief that the WHO must be part of the solution” during a conversation with Tedros, according to a presidential official.

“He refuses to see (the WHO) locked in this war between China and the United States,” the official said of Macron.

Tedros urged the United States to join with China in combating the disease rather than indulging in a blame game, as he issued a stern defence of the WHO’s management of the pandemic.

“The United States and China should come together and fight this dangerous enemy,” Tedros told a virtual press briefing in Geneva.

“The focus of all political parties should be to save their people. Please don’t politicise this virus.

Read more: How our societies can collapse? Is this the end of the world?

“If you don’t want many more body bags, then you refrain from politicising it,” the WHO chief argued, before adding later: “It’s like playing with fire.”

Citing the death toll and number of infections, Tedros implored: “For God’s sake… is this not enough?”

WHO Chief treating it as “Black vs White” issue?

The WHO was deemed too alarmist when it faced the H1N1 epidemic in 2009 but five years later it was accused of dragging its feet in declaring an emergency over the Ebola outbreak in west Africa, which killed more than 11,000 people.

Now the agency has been accused of delaying sounding the alarm over COVID-19 for fear of offending Beijing, for waiting too long to declare the outbreak a global pandemic and for failing to coordinate a coherent international response.

Tedros has been giving thrice-weekly virtual press conferences in a bid to be open about how the organisation is dealing with the pandemic.

On Wednesday, in a highly unusual turn, Ethiopia’s former health and foreign minister spoke out for the first time about the personal attacks aimed at him, including racial slurs and a death threat, during the crisis.

“I am a very proud black person or negro. I don’t care being called even negro; I am.

“When the whole black community was insulted, when Africa was insulted, then I don’t tolerate,” he said, referring to suggestions last week from two scientists about the continent’s suitability as a vaccine testing ground.

Tedros getting support from African Union and UN

Late Wednesday he retweeted the personal support he has received from the African Union and the presidents of South Africa, Nigeria and Rwanda.

United Nations Secretary General Antonio Guterres lent his support too, saying it was not the time to criticise the early response to the outbreak.

“Now is the time for unity, for the international community to work together in solidarity to stop this virus and its shattering consequences,” he said in a statement.

Tedros can call also on some top-level celebrity backing, such as US superstar Lady Gaga.

He has teamed up with the singer to launch a giant online coronavirus awareness concert on April 18 entitled “One World: Together at Home”, featuring music icons like Paul McCartney and Stevie Wonder.

Tedros said there would be worse to come from COVID-19 if the world did not unite to stand up to its spread.

“Let’s fight like hell to suppress and control this virus,” he said.

“Otherwise, with the way we are doing now, I think we will regret it.”

South Africa to bat in second Test against Sri Lanka