At least 22 Afghan security forces in southern Zabul province have been killed in an apparent insider attack. 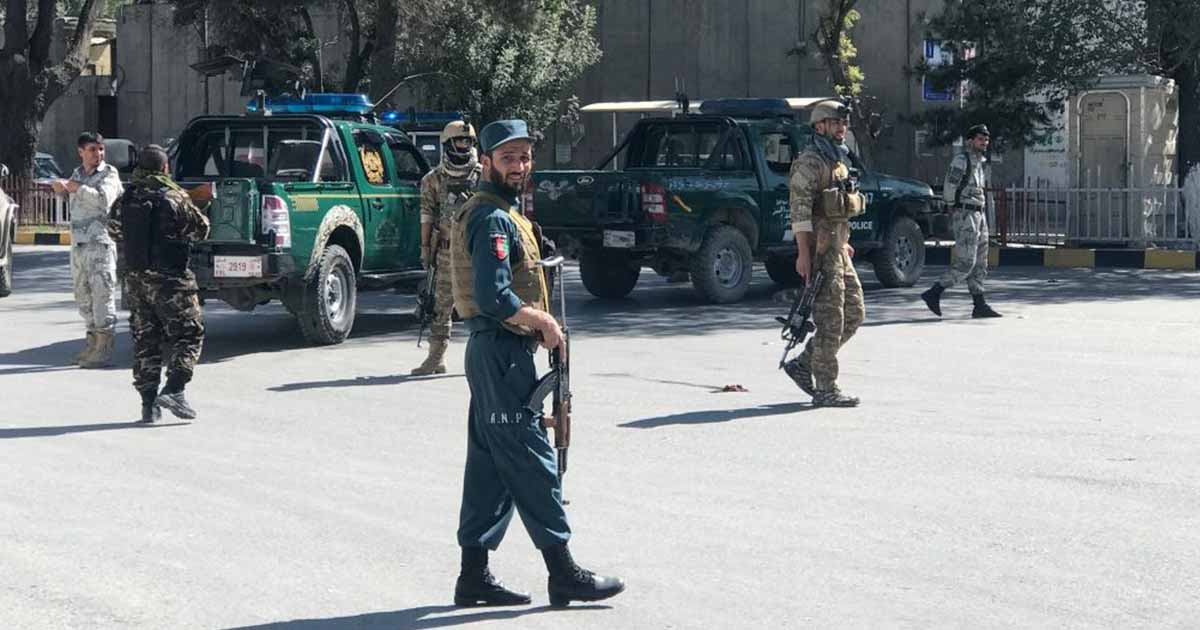 At least two dozen Afghan security forces were killed Friday in an insider attack on their base in southern Afghanistan, officials told AFP, as fighting raged in the war-weary country while efforts to start talks with the Taliban stalled.

The pre-dawn attack in Zabul province comes as Afghanistan is grappling with several crises including an increase in Taliban violence that has thrown a supposed peace process into turmoil, mounting coronavirus cases, and a political feud that has seen two men claim the presidency.

The attack in Zabul saw several “infiltrators” open fire on their comrades as they slept, according to provincial governor Rahmatullah Yarmal, in one of the deadliest attacks since the US signed a withdrawal deal with the Taliban last month.

#ANDSF convoy advancing to collapsed battalion by #Taliban in Qalat, the capital of Zabul province.

In this Taliban attack which took place with the help of 8 infiltrators, 22 troops killed and one detained.

The pre-dawn raid targeted a joint police and army headquarters near Qalat, the provincial capital.

He added that four other Afghan service members were missing. “The attackers had connections with the Taliban insurgents,” Bayan said.

They fled in two military Humvee vehicles, along with a pickup truck, weapons and ammunition.

Yarmal confirmed the toll to AFP. The Taliban did not immediately respond to a request for comment.

Zabul province, bordering Pakistan, has long been an insurgent stronghold and was the holdout for former Taliban supreme leader Mullah Omar, who died in 2013.

The Zabul attack comes just a day after Afghan Defence Minister Asadullah Khalid called on the Taliban to commit to a ceasefire as a way of tackling the novel coronavirus, which observers fear is spreading unchecked through the impoverished country.

Khalid also said Afghan forces should assume a more aggressive “active defence” posture against the Taliban, who have continued attacks across the country since signing a deal with the US on February 29.

The continued uptick in violence comes as the US continued to plead with leaders in Kabul to press forward with efforts to engage with the Taliban while resolving their political crisis that has divided the government.

In a tweet marking Nowruz — the Persian New Year — Zalmay Khalilzad, the US negotiator who brokered the Taliban deal, called for Afghan leaders to take advantage of the “historic opportunity for peace” and work with the Taliban to contain the coronavirus.

Both the Taliban and Afghan government in Kabul continue to bicker over a proposed prisoner swap that was set to pave the way for the opening of talks between the two sides.

The US-Taliban deal said the Afghan government, which was not a signatory, should release 5,000 Taliban prisoners before “intra-Afghan” talks start.

President Ashraf Ghani, however, has agreed only to release 1,500, with the remaining 3,500 to be freed as negotiations begin.

The Taliban have rejected the offer and the government’s release of prisoners did not begin as decreed on Saturday.