What Pakistan has in store for Khan’s government?

An economic expert discusses the challenges, concerns, and hardships for Pakistan’s incoming government upon taking the reins of power.

There are immediate, short term and then medium to long term challenges. The immediate challenge for the new government is what to do with the external balance of payment. Should they go to the IMF for a balance of payment support? Or do they have some alternative proposal that will enable them to manage without going to the IMF?

According to my calculations, if we go exactly the way we are going, then our current account deficit will be $21 billion, plus $10 billion will be our net servicing requirement. So, Pakistan will be needing $31 billion. The external inflows will be about $11-12 billion because the lending from ADB and the World Bank has almost stopped.

The immediate challenge for the new government is what to do with the external balance of payment.

They have informed the government that unless and until you go to the IMF, there will be no new lending. So, the gap of $19-20 billion has to be filled. The government needs a team of experts if they decide to go to the IMF so that they can negotiate with the IMF. Inexperienced people who have never dealt with the IMF will be lost in the economic terminologies.

Therefore, the route is the budget. The new government will have to see how can they rationalize their expenditure, but increase their revenue. In my view, the critical challenge that the new government will face, as far as the budget is concerned, is how to address the next NFC award. In the presence of the current 7th NFC award, there will never, never, never be a stable macro-economic condition in Pakistan.

There is a manufacturing defect in this award. I have repeated “never” three times deliberately, because I know it’s implications. How to address the current NFC award will be another great challenge. The new government will have to sit down with the team of local experts who know exactly what is happening in Pakistan’s economy. Even if it brings 7 Nobel Laureates in Economics to address Pakistan’s problem, they will fail.

The external inflows will be about $11-12 billion, because the lending from ADB and the World Bank has almost stopped.

Because they will have no idea about how the system works and how the economy of Pakistan works. So, the solution has to be indigenous, the people have to be indigenous. If the government addresses the fiscal situation, it will also, by definition, address the external side. Then our taxation structure has to be reviewed. In the last 4-5 years, we have brutally damaged our tax sector.

We have enhanced tax rate, to collect more revenue, which has damaged our industry and the investment environment in the country. No investor will go to a country where the tax rates are high, particularly, when the oil prices are rising, and the exchange rate is depreciating. In the midst of that, the caretaker government raised the tax rate, and this is the worst economic policy that any government or finance minister could implement.

The new government will also have to form a committee of experts to deal with the Benazir Income Support Program. There has to be a third party evaluation of this program. When I say the third party, it should be a genuine third party and not an external third party, again the solution has to be internal. You can ask any university student to go and randomly select those people who are supposed to be the beneficiary, then go and check. 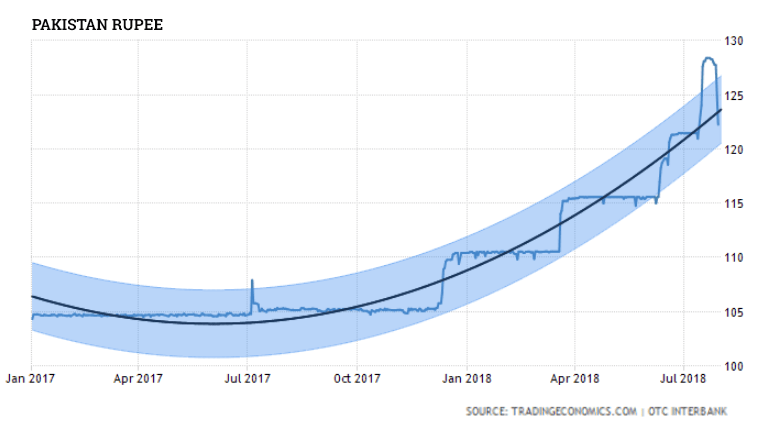 Today, I think that this program is being used for political parties lower-level workers and their families, it is not being used for the poor. The program needs to be reviewed and rationalized by the third party, to see whether it is reaching the desired targeted people. Overall, if the government controls their budget, then they will be able to control the economy.

Dr. Ashfaque Hasan Khan is currently the Principal and Dean, School of Social Sciences & Humanities, National University of Sciences & Technology (NUST), Islamabad, as well as a member of the Economic Advisory Council of the Government of Pakistan. He has also been the Spokesperson of the Government of Pakistan on Economic Issues for eleven years (1998-2009). Dr. Khan holds a Ph.D degree in economics from the Johns Hopkins University in USA. He was awarded the Sitara-i-Imtiaz in 2005.