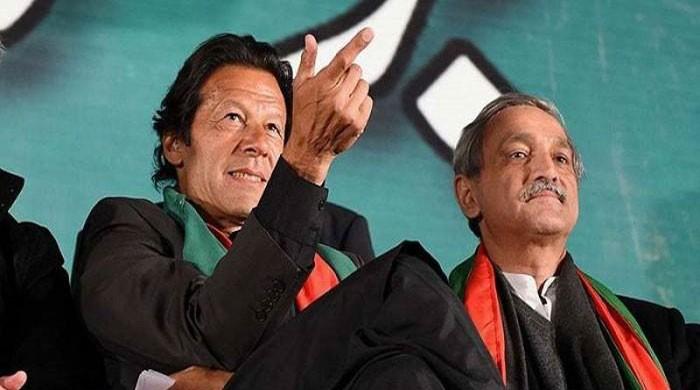 Last year, after PTI filed disqualification petition against the Prime minister Nawaz Sharif, PML-N lawmakers in response filed two similar motions in Parliament against PTI’s chairman and the secretary-general of the party.

Ayaz Sadiq, National Assembly Speaker, while rejecting those that PTI had filed against the Prime minister, Nawaz Sharif, had sent these references against the PTI’s leaders to the Election Commission of Pakistan (ECP).

The petition filed against Imran Khan stated that he had not declared that he had set up an offshore company in 1983 to buy his London flat.  The petition further included that he had made “confusing” statements regarding his Bani Gala residence. Where he initially claimed that it had been gifted to him by his ex-wife Jemima Khan and later he showed in his wealth statements filed with FBR records as having bought it from her at rate of 1.45 lakhs per kanal in 2011.

Read more: Imran Khan explains to ECP that he had borrowed money from wife, Jemima Goldsmith, for purchase of Banigala Property

The petition filed against Tareen included that: “Jehangir Tareen concealed facts while submitting his nomination papers for the general elections in 2013 and by-elections in 2015.”

Naeem ul Haque said, in context with the ruling of ECP that, NA speaker Ayaz Sadiq should be disqualified.  “The speaker’s reference was based on malafide intentions,”

Apparently, Tareen had taken a loan of Rs101 million loan from the Zarai Taraqiati Bank Limited (ZTBL) in the name of Tandlianwala Sugar Mills. This loan was later written off in 2005.

The case was initially referred to the ECP back in September 2016 and the designated 90 days timeframe has already expired. The ECP was expected to announce its decision on disqualification of Khan and Tareen by 22 February however, the case was still present with the ECP.

PTI had filed a petition, against the disqualifications, to the Islamabad High Court (IHC) expressing that the cases were a mere waste of time. They also criticized the ECP for not dismissing the case within the due 3 month period. The ECP officials have explained in response that they had other constitutional matters far more important than the disqualification claim and as a result, the decision-making process was left for later.
PTI spokesperson, Naeem ul Haque said, in context with the ruling of ECP that, NA speaker Ayaz Sadiq should be disqualified.  “The speaker’s reference was based on malafide intentions,” he further explained. The commission’s decision has expectantly, urged the party into launching a protest against the NA speaker.

Haque stated on ECP’s current decision while addressing the media that: “I am very satisfied with the ECP’s decision… “We want elections to remain clean and clear so that no party or individual has reasons to object.”

Jahangir Tareen, one of the defendants of the petition tweeted that Allah has been kind for the petitions have been proven as wrong.

Another defeat for the Panama Stricken Shahi Khandan as ECP disposes of frivolous petitions against Khan sb & me. Allah has been very kind
— Jahangir Khan Tareen (@JahangirKTareen) March 16, 2017