PTI introduced another appreciable project to facilitate the impoverished section of the society under the grand Ehsaas Program. With an aim that no one should sleep hungry Prime Minister vows to evolve Pakistan into a Medina inspired state. 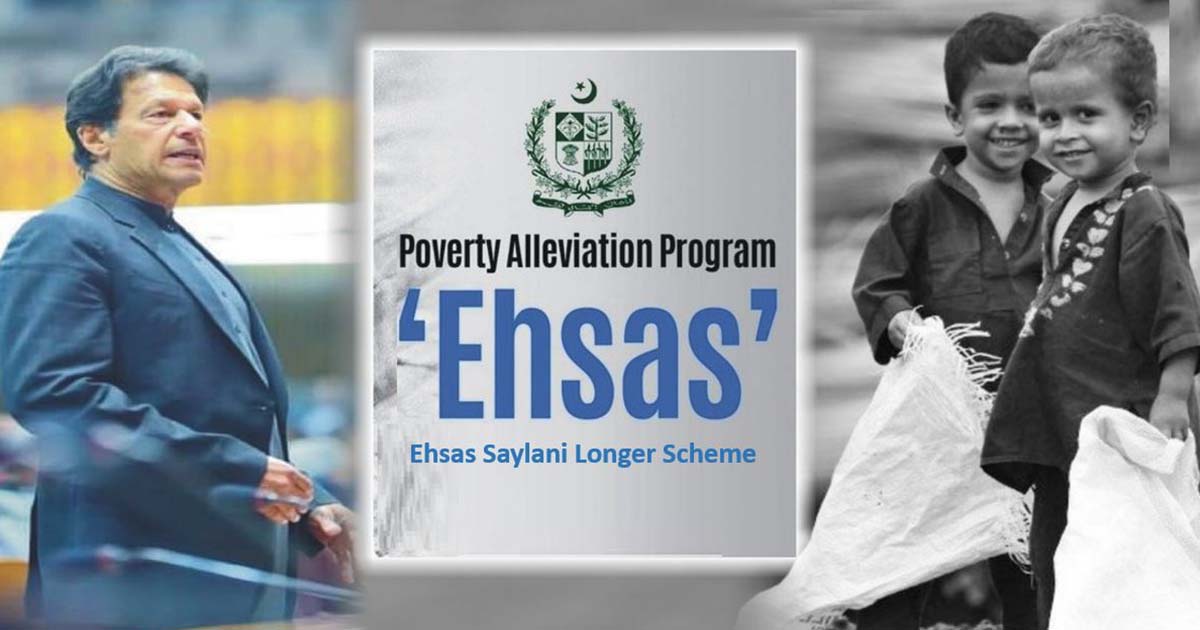 The intent is to feed impoverished and despondent people food every day. On average, the program estimates to cater to 600 people each day. The ambit of the joint initiative would be extended countrywide particularly in Karachi, Hyderabad, Faisalabad, Rawalpindi, Quetta, and Peshawar in the next phase.

Prime Minister Imran Khan reached the Model Soup Kitchen at Shelter Home, constructed by the government a year ago, to launch the program. Dr.Sania Nishtar accompanied PM Khan at the ceremony. While addressing the people, Sania Nishtar asserted that the initiative has been drawn upon the instructions of Premier Khan to facilitate the despondent people with basic amenities of life like food, the construction of the shelter homes was also a part of the series of initiatives to provide shelter to homeless people.

She added that Prime Minister Imran Khan is impassioned to serve humanity and assist the lower strata of society that juggles with basic amenities. Special Assistant informed that PM Khan has issued special instructions to serve quality food with dignity to the people coming at Langar Khana.

Dr. Sania Nishtar, spearheading the Ehsaas Program and Special Assistant to Prime Minister on Social Protection and Poverty Alleviation, had visited the Saylani Welfare International Trust’s food distribution and Kitchen sites last month on her official visit to Karachi and Quetta to explore ways to increase collaboration with provinces under Ehsaas Program. The government plans to launch 112 Soup Kitchens across Pakistan gradually by next year.

She also quoted the Quranic verse and the significance of feeding hungry emphasized by the Holy Prophet in Islam. She informed the construction of the Soup Kitchen has been swiftly completed within 10 days of approval from PM Khan.

The leadership of Saylani Welfare International Trust was also invited at the ceremony. Earlier, they met Dr. Sania Nishtar at the Prime Minister Secretariat in Islamabad on Tuesday to finalize the modalities during the meeting, the scale, breadth, and diversity of the initiative were framed and it was agreed that further deliberations will take place soon to build upon the agreed areas.

Talking to the Trust, Dr. Nishtar said, “The Prime Minister has directed that we should open ‘Langars‘ and that no one should go hungry; this is our gesture of curbing the uncertainty for the poor who often are not aware if they will have food to eat next.

Adding that he moved towards philanthropic activities since the creation of Shaukat Khanum Memorial cancer hospital.

He said that the Soup Kitchen will primarily be operational in areas where there is a huge concentration of laborer and low-income groups to support them particularly in this current period of economic slowdown, where job creation and business activities have dropped.

Referring to his ambition to mold Pakistan into a welfare state, he informed that the government is mulling to introduce post-graduate degree programs in Medina’s Welfare State to disseminate proper understanding of the principles and mechanisms on which it operated. One of the prime objectives of Medina’s state was to provide staunch social and economic support to people with limited resources.

Adding that his government is restructuring the economic system to collect taxes from the uber-rich class and spent it on lower strata to equalize the distribution of wealth. He informed that the Ehsaas Program of PTI is an unprecedented mighty project initiated by any government to tackle poverty and provide social security to the millions in the lower-income groups.

He added that under the Ehsaas Program several initiatives have been taken to support the women in rural areas, and the youth with loans and financial assistance. He commented that the overhaul of the society into the welfare state is an uphill task that will not happen overnight but is a long journey. He also referred that the Police reforms are underway to curb torture in Police stations.

The focus of efforts in the Ehsaas Program is a multi-sectorial, to radically improve Pakistan’s progress toward achieving the UN Sustainable Development Global Goals

The Chairman of Saylani Welfare Organisation, Muhammad Bashir Farooqi appreciated the mission of Prime Minister Imran Khan to support and protect the vulnerable class of the society, lauded PM Khan’s gesture to serve humanity despite going through some toughest challenges. He recognized PM Khan’s pure intentions of facilitating the people of his country, endeavors to reduce the complexities and harshness for the despondent class.

He informed that Saylani Welfare Organisation was formed in 1999 and since then they have facilitated the people in a multitude of ways, be it through in-house or outsourced services, adding that nearly 3500 employees are currently handling Saylani’s operations countrywide. Adding that, Saylani Welfare will support PM Khan in his mission to evolve Pakistan into a welfare state upon the principles of Medina’s Welfare Society.

Ehsaas Program is a multi-dimensional poverty reduction program chalked out by Dr.Sania Nishtar that aims to control the burgeoning poverty in Pakistan. The focus of efforts in the Ehsaas Program is a multi-sectorial, to radically improve Pakistan’s progress toward achieving the UN Sustainable Development Global Goals (Global Goals) for its more than 210 million people. The program has initiated a 134 new poverty-focused policy actions and programs.

Ehsaas is about the creation of a ‘welfare state’ by countering elite capture and leveraging 21st century tools—such as using data and technology to create precision safety nets; promoting financial inclusion and access to digital services; supporting the economic empowerment of women; focusing on the central role of human capital formation for poverty eradication, economic growth and sustainable development; and overcoming financial barriers to accessing health and post-secondary education.

The tyranny of markets under neoliberalism – II – Omer Javed