Syrians will celebrate Eid al-Fitr under the looming shadow of civil war, economic turmoil and the coronavirus pandemic. Rapid inflation and unemployment has rendered thousands of Syrians jobless and unable to earn enough to support their families. The situation looks grim as the war is not forecasted to relent any time soon. 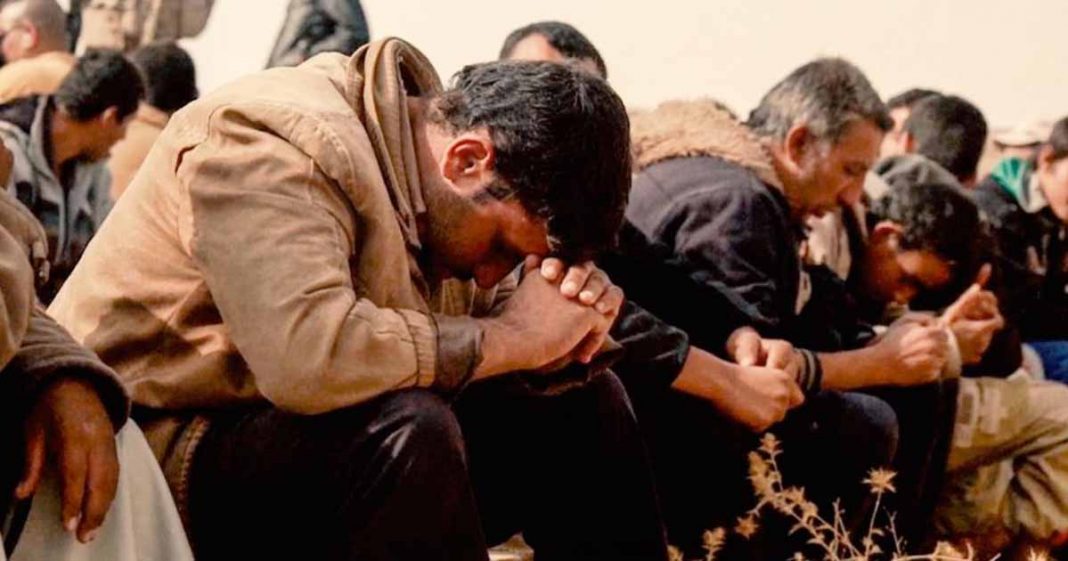 Eid al-Fitr in Syria is welcomed by citizens amid a rapidly escalating civil war, coronavirus threats and a rapidly deteriorating economy.

Millions of Syrians, who have been internally displaced or became refugees since the civil war erupted in Syria in 2011, will celebrate Eid al-Fitr away from their homes.

Syria’s northwestern city of Idlib is currently home to four million internally displaced persons (IDPs) from Eastern Ghouta — a region in the capital Damascus, Daara and Homs.
Ongoing migration and economic turmoil in the country due to the recent attacks by the Assad regime and its supporters further weakened the purchasing power of the poor families, most of whom are living in tent cities.

Abu Hammud, who had to migrate to Idlib from Hama province nine years ago and has been making a living by car washing, told Anadolu Agency that life is getting harder for them due to the high cost of living.

Underlining that his average daily earning is 6,000 Syrian liras ($3.5), Hammud, a father of 11, said the price of food has tripled before Eid.

“I have to work at night too in order to meet my family’s needs,” he said, expressing their desire to return to their homes seized by the regime.

Auto mechanic Abu Fahid, another Syrian who migrated to Idlib from Hama, told Anadolu Agency that he continues to work after Tarawih, or special night prayers performed during the Muslim holy month of Ramadan, to live on a limited amount of money.

“I have seven children. I couldn’t afford to buy shoes for my twins for Eid al-Fire here in Syria,” he added.

Muslims all around the world celebrate Eid al-Fitr to mark the end of the Muslim holy month of Ramadan, the ninth month of the Islamic calendar, during which they avoid eating and drinking from dawn until sunset.

The lockdown to contain the coronavirus pandemic has “paralysed” social life in Syria and weakened an economy already battered by war and international sanctions, this according to some local Christian leaders.

Pope Francis himself, in his Easter message, called for sanctions to be eased without mentioning Syria and Iran. Meanwhile, “Life is difficult at present,” said Fr Ibrahim Alsabagh, from the Latin parish of Aleppo, during a videoconference organised by Pro Terra Sancta.

“The coronavirus has reached Syria,” he explained, with 47 cases, 27 people healed and three deaths. However, official figures “have not been verified,” another source told AsiaNews, as the authorities “have imposed strict censorship” on information concerning the pandemic, and “no one dares contradict the propaganda”.

For ordinary people matters are bound to get worse. “The cost of living has skyrocketed,” noted Fr Ibrahim. A government employee, whose salary was once adequate for a stable and dignified income for the family, today cannot even “buy bread and onions for a month”.

The civil war in Syria: background

What started as a nonviolent protest in 2011 quickly escalated into full-blown warfare. Since the fighting began, more than 470,000 people have been killed, with over 1 million injured and millions more forced to flee their homes and live as refugees.

Although many complicated motives led to the Syrian civil war, one event, known as the Arab Spring, stands out as perhaps the most significant trigger for the conflict.

In early 2011, a series of political and economic protests in Egypt and Tunisia broke out. These successful revolts, dubbed the Arab Spring, served as an inspiration for pro-democracy activists in Syria.

However, in March of that year, 15 Syrian schoolchildren were arrested and tortured for writing graffiti that was inspired by the Arab Spring. One of the boys was killed.

Read more: Why is there a civil war in Syria?

The arrests sparked outrage and demonstrations throughout Syria. Citizens demanded the release of the remaining children, along with greater freedoms for all people in the country.

But the government, headed by President Bashar al-Assad, responded by killing and arresting hundreds of protestors. Shock and anger began to spread throughout Syria, and many demanded that Assad resign. When he refused, war broke out between his supporters and his opponents.

Idlib falls within a de-escalation zone. The area has been the subject of multiple cease-fire understandings, which have frequently been violated by the Assad regime and its allies.