Syrian refugees' experience of war & violence has enabled them to cope very well with the novel coronavirus. From workers to students to filmmakers; all have a bitter experience with the Syrian crisis & their time spent in illegal detention & confinement helps them to efficiently follow the lockdown measures. 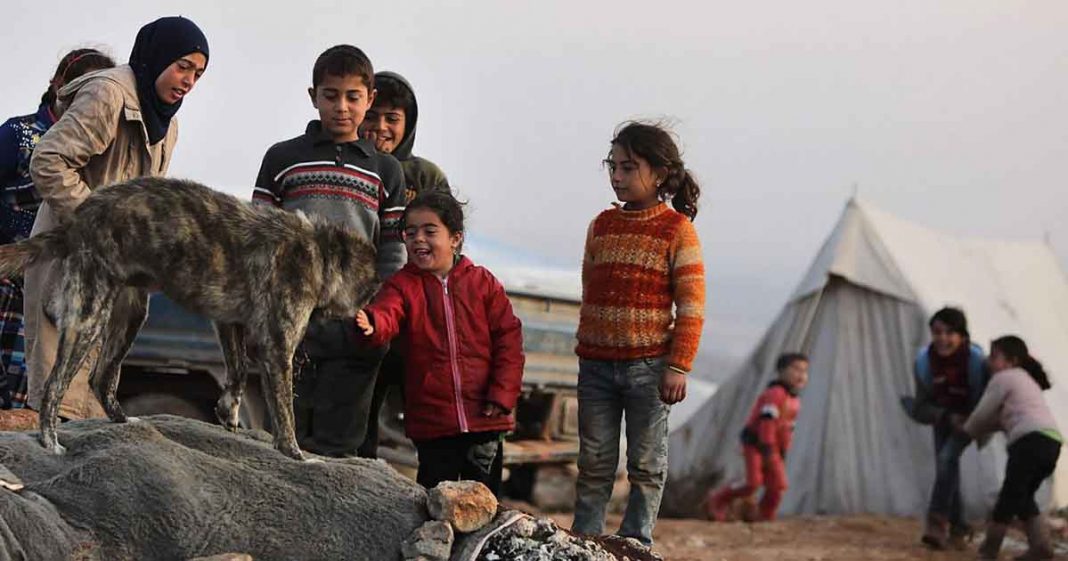 It is not the first catastrophe they have faced. But while today’s global pandemic bears no resemblance to Syria’s almost decade-long civil war, some refugees believe their experience of violence and exile helps them deal with the anxiety sparked by the novel coronavirus.

AFP interviewed four Syrians in France who said that past ordeals such as prison and exile had primed them for coping with the lockdown, by helping them find the optimism and power to overcome the challenges.

The minute France’s stay-at-home orders began, Mohammad Hijazi said he thought back to what he had learned from living through war and the dark days of his three-month detention by the Syrian regime.

Keeping a strict routine helps, said the 31-year-old filmmaker from Damascus, who was held because of his political views in 2012-2013.

His experience has taught him the importance of community, eating healthily and expressing yourself “through singing, drawing, praying… everyone has their own way, but they all work just as well”.

Read more: COVID-19 could prompt one of the worst disasters so far in war-torn Syria

“I suppose that people who have lived through these types of experiences have more training on how to keep a sense of perspective,” Hijazi told AFP, speaking via a video conference app in Paris, his home since 2017.

“We immediately go back to the mechanisms we used before to manage in times of crisis,” he said. And, he added: “We know what to stock up on.” Lockdown has also revived memories of the loneliness he felt in his first few months living in France.

Now, with filming suspended, he is using his equipment to set up an online radio, named “Maazoul”, meaning “isolated” in Arabic. It enables him to maintain a sense of community and stay upbeat, he said.

Seeing war close-up does not make living through a pandemic any easier, as Yazan al-Homsy knows.

He survived more than a year under siege and bombing in the city of Homs and said the first week of the lockdown took him back to that terrifying time.

Some #Syrian refugees believe their experience of violence and exile helps them deal with the anxiety sparked by the novel #coronavirus. https://t.co/wHf2kzrzbm

Before planes were grounded by the virus, the sound of them taking off and landing at Lyon airport near his new home began to trigger memories of fighter jets that pounded his native city.

“I’d wake up thinking, where am I? I was lost in the feeling and didn’t go out for a week,” said Homsy, whose name has been changed for this story out of concern for his family’s safety in Syria.

With “no healthcare to speak of in Syria” after years of conflict, the 34-year-old web developer and data analyst is also scared for his elderly parents.

After everything he has been through, he says the best advice he can give anxious friends in France is to remember that “their government is working for their safety” and that “they have rights”.

In these troubled times, living in a democracy is also reassuring for Dunia Al Dahan from Damascus.

“There is a system, there is a state, and there are people who are expressing their views,” the mother of two young children said.

Having lived in Paris since 2014, she values the freedom to be able to speak out, citing the example of a televised interview with a French doctor who lambasted the authorities over a lack of preparedness for a pandemic.

But she acknowledged that the death toll from COVID-19 had “frightened” her and made her reassess the devastating loss in her own country.

“What really frightened me was the news of the deaths, the number of deaths,” said Dahan, 40, who co-founded the Portes Ouvertes Sur L’Art (Open Doors to Art) association supporting exiled artists and is studying for a doctorate.

“It shocked me because it made me wonder: how could we bear it when we would hear how many people were being killed in Syria?”

i've thought about this a lot since the pandemic began, how the resilience required to survive it is the kind of thing people who live through conflict have already developed https://t.co/pbgpGARUmN

More than 380,000 have been killed since the conflict began nine years ago and much of the infrastructure has been shattered.

Having started from scratch once, Emad Shoshara, a Damascene chef, is not letting the string of cancelled catering contracts for the lucrative spring-summer season get him down. In Syria he owned a transport company but he had to find a new trade when war forced him to flee.

He set up in Paris in 2015 offering Syrian cuisine and has a list of clients, from wedding planners to theatres and galleries. But the coronavirus has wreaked havoc on businesses, big and small, all over the world.

And now Shoshara spends his days making time-lapse video recipes to share on Instagram such as his bright purple, beet-tinted version of hummus, the star of the Levantine kitchen.

Read more: COVID-19: This is why China is set to become next superpower

“In Syrian slang, we say: every time you fall, you stand up again,” he said, preparing grilled octopus.

“(Problems) are not a reason to give up,” he said.

“Remember, you are on a path in life and there are obstacles. Maybe you’ll overcome this obstacle, maybe you’ll trip over the next one. But whatever happens, just keep going.”

A timeline of the motorway gang-rape

Nawaz Sharif should not go outside, suggest doctors