Sheikh Mubarak Bin Khalifa Al-Thani, a member of Qatar’s ruling family, who believes “Iran and Turkey are controlling Qatar, demands, the Emir to immediately stepdown. Who is behind Sheikh Mubarak? Will it disrupt the domestic political process in Qatar leading to a new Arab Spring? An important read for the students of International Relations and CSS Aspirants. 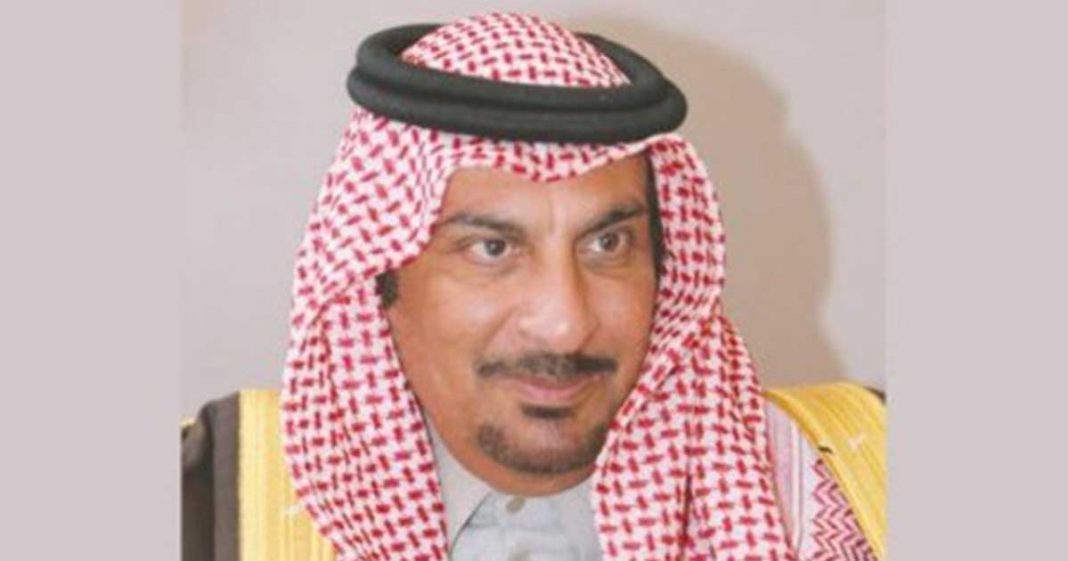 Sheikh Mubarak Bin Khalifa Al-Thani, Qatar’s ruling family member, has called on the Emir of Qatar to immediately quit power according to Saudi Gazette. Sheikh is an important member of the ruling Thani clan.

Saudi Gazette, an English-language daily newspaper published in Jeddah, Saudi Arabia, reported on May 3rd, 2020 that Sheikh Mubarak Bin Khalifa Al-Thani, Qatar’s ruling family member, has called on the Emir of Qatar to immediately quit power and pave the way for someone else, who is more efficient and able than him from among the members of the family, to take over at the helm of affairs. Calling Emir to quit power is something unheard in GCC countries – will Emir quit is an interesting question.

Sheikh Mubarak Bin Khalifa Al-Thani has called on Emir of #Qatar to immediately quit power and pave the way for someone else, who is more efficient and able than him. https://t.co/qAlOROklDn— Saudi Gazette (@Saudi_Gazette) May 3, 2020

Sources close to the Al-Thani family claim that the angry Sheikh Mubarak Bin Khalifa is not happy due to some personal and political differences with the Emir and other senior members. Saudi Arabia and other Arab countries are not using Sheikh Mubarak to malign the Emir, they said.

In an interview with Okaz, Sheikh Mubarak, an estranged member of Qatar’s ruling family, said that the present regime in Doha is usurpers of power. After the plots and machinations, the Al-Hamadain regime is now targeting the security and stability of other states and peoples in the region. “The Hamadain regime is too small to undermine Egypt’s security. The people of Qatar now suffer a thousand times, because of the stupid acts of the regime that does not represent the people or satisfy them,” he said.

Sheikh Mubarak claimed that the practices of the Qatari regime, especially after it had fallen into the arms of Iran, Turkey, and some terrorist parties, were totally rejected by the Qatari people. “Iran and Turkey are controlling Qatar. The Iranian Revolutionary Guards, Turkish officers, and individuals are present in the streets and neighborhoods of Qatar to suppress and torture everyone they dislike,” he alleged.

Khalifa bin Mubarak is among the ruling family members. He left Qatar for rejecting the regime’s policies. Khalifa is currently based in Saudi Arabia.

He recently spoke to a regional newspaper and said that “it is likely to hear of a coup within the Qatari regime. This was previously done by the former Emir of Qatar, Sheikh Hamad bin Khalifa, when he turned on his father and became the ruler”.

Relations with Saudi Arabia and UAE started to deteriorate during the independent minded reign of Sheikh Hammad bin Khalifa. He created Al Jazeera – Arabic and English – developed closer relations with Iran and tacitly supported Muslim Brotherhood in Egypt. Many quarters believe that he handed over the power to Tamim, his son, in the hope that relations with Saudi lead GCC block will improve but it has not happened. In fact relations deteriorated to the stage where GCC countries have severed their trade and diplomatic relations with Doha in June 2017.

It is worth recalling that on June 5, 2017, Saudi Arabia, the United Arab Emirates, Bahrain, and Egypt severed diplomatic and trade relations with Qatar, closing land, air and sea links, as they accused Doha of supporting “terrorism” and their regional rival, Iran. Doha vehemently denies the charges and says the boycott aims to impinge on its sovereignty.

The quartet set 13 demands for lifting the blockade, including the closing down of Al Jazeera Media Network, shuttering a Turkish military base, and reducing ties with Iran. Qatar’s ruling family rejected the demand.

As a result of the blockade, Qatar’s ruling family faced several challenges. Maryam bint Abdullah al-Attiyah, Secretary-General National Human Rights Committee (NHRC), pointed to “the seriousness of the violations affecting Qatari children as a result of the blockade imposed on the country, expressing regret that the celebration of the Universal Children’s Day coincided with the continuing violations and discriminatory measures of the blockade countries, which did not exclude any category of Qatari society, including children”.

Read More: How did Qatar overcome obstacles of Gulf blockade?

However some GCC countries – notably Kuwait – off lately have been trying to resolve difference between Doha and Jedah. His Highness the Amir Sheikh Sabah Al Ahmad Al Jaber Al Sabah of Kuwait has categorically stated that the dispute between Qatar and its Gulf neighbours “is no longer acceptable” and must be resolved. He was addressing the opening session of parliament’s new term, Sheikh Sabah said the boycott has greatly weakened the unity of the six-nation Gulf Cooperation Council (GCC), of which Qatar is a member.

Qatari Emir Tamim bin Hamad Al Thani is seen as a dynamic leader who is making efforts on several fronts to uplift his country. The Emir was able to convince the western countries to host mega event of the FIFA world cup (Dec, 2022) is likely to make it as a new hub for international tourism.

Similarly, despite a boycott from the GCC countries, the Emir and his team managed to strengthen Qatar’s economy. Qatar’s ruling family is reportedly working on different areas to raise the country’s soft as well as hard power.

It is important to mention that the Emir has issued recently a decree for a higher committee to be established and prepare the first-ever elections to the Advisory Council. Analysts believe that should the process move forward, Qatar would become the first Gulf Arab monarchy to introduce legislative elections and will become a limited democracy.

The date of the election has not been specified. The constitution of Qatar, adopted in 2003, stipulates that 30 members of the Shura Council be elected and 15 others appointed by the emir, yet so far all Qatari lawmakers have been appointees.

The Shura Council is mandated with adopting budgetary parameters, working out and discussing legislative initiatives, and monitoring the work of the ministerial cabinet. For bills to be passed into laws in Qatar, they need to be voted for by two-thirds of lawmakers and be approved by the emir.

US moves to break deadlock in Gulf Crisis

The Significance of Pak-US military ties