Qatar and Saudi-Arabia are considering to resolve all the outstanding issues through dialogue. Sources claim that both states have agreed to find out political solutions to long-standing issues. Kuwait is said play to a critical role in this process of political reconciliation. 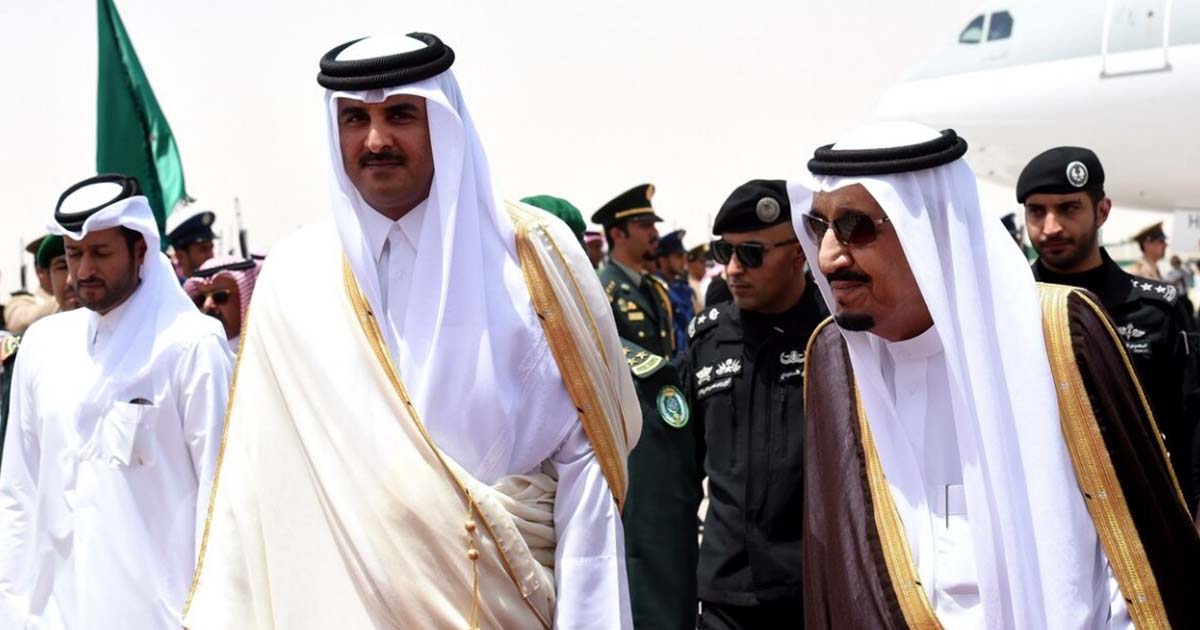 Qatar and Saudi Arabia are coming closer to resolving long-standing issues amicably. Reliable sources claim that the upcoming soccer tournament in Doha is likely to play an instrumental role in leading towards a possible breakthrough between Qatar and a Saudi-led bloc. Kuwait is said to be the country playing a prominent role in helping these countries resolve their outstanding issues through dialogue.

Signs mount that Qatar embargo may end as mediation gears up https://t.co/xtDRyudUV8

The mediation is currently focusing on mending ties between Qatar and Saudi Arabia, and will bring the United Arab Emirates on board later, a source claimed on condition of anonymity due to the sensitivity of the issue.

It is important to note that Saudi Arabia, the U.A.E. and Bahrain have agreed to take part in the Gulf soccer cup in Qatar in November, more than two years after severing diplomatic and economic ties with their gas-rich neighbor.

Interestingly, a senior Saudi official said in Washington last week that Qatar has also started taking steps to repair relations with its neighbors.

Read more: Tension between Iran and Saudi Arab is not sectarian but political: Qatar

Crown Prince Mohammed bin Salman who is known for his moderate views with an inclusive foreign policy agenda, recently invited Iran, Kingdom’s perceived political rival, for dialogue so that all issues are resolved through political channels. Iran welcomed the gesture and assured to play its due rule.

MBS is expected to lead the talks and resolve matters with the state of Qatar. It is believed that a divided Muslim world is not in the interest of any individual state in the age of globalization. Therefore, analysts expect a major breakthrough since both the Emir of Qatar and MBS are known for their enthusiastic economic agenda, political liberation and economy-driven foreign policy.

As a result of the blockade, Qatar is facing several challenges. Maryam bint Abdullah al-Attiyah, Secretary-General National Human Rights Committee (NHRC), pointed to “the seriousness of the violations affecting Qatari children as a result of the blockade imposed on the country, expressing regret that the celebration of the Universal Children’s Day coincided with the continuing violations and discriminatory measures of the blockade countries, which did not exclude any category of Qatari society, including children”.

Sheikh Sabah said the boycott has greatly weakened the unity of the six-nation Gulf Cooperation Council (GCC), of which Qatar is a member

Secretary-General called on the blockade countries to stop their violations that did not exclude children, to abide by the international laws and conventions they have ratified in the field of protecting children’s rights, and to implement the resolutions of international organizations and bodies asking them to stop their violations. She also hoped that the international community may play a role in this regard to protect the rights of children and women in the State of Qatar.

On the economic front, Qatar has been able to deal with the blockade. “We’ve overcome the obstacles of the blockade and we’re also closer to achieving Qatar’s national vision for the year 2030,” the Emir said. The Emir also said that Qatar would post a budget surplus this year, its first in three years, after a deficit a year ago.

In May 2018, Qatar’s largest commercial bank, Qatar National Bank (QNB), reported that the country’s account surplus has widened to 6.4 percent of the gross domestic product in the fourth quarter.

In his speech, Sheikh Tamim said the country’s currency maintained its value despite various attempts aimed at dismantling it since the start of the Gulf diplomatic crisis. The growth witnessed by Qatar’s economy in various sectors, including education, health, food, and agriculture, following the blockade are part of programs adopted by the state to diversify its economy. “We executed national programs that enhanced local production,” Sheikh Tamim said, referring specifically to the last three years.

His Highness the Amir Sheikh Sabah Al Ahmad Al Jaber Al Sabah of Kuwait has categorically stated that the dispute between Qatar and its Gulf neighbors “is no longer acceptable” and must be resolved. He was addressing the opening session of parliament’s new term, Sheikh Sabah said the boycott has greatly weakened the unity of the six-nation Gulf Cooperation Council (GCC), of which Qatar is a member.

Sheikh Sabah, who has been acting as a mediator to resolve the dispute, said the “row has weakened our capabilities and threatened our achievements”, calling for a negotiated solution. The Emir called for national unity in the face of regional developments and protests in several Arab countries.

Exports increase yet the reserves are decreasing!

US-Saudi arms deal: Is this setting the stage for a Saudi-Iranian War?

Doha turns to Islamabad as the Gulf crisis festers.