Enemy at the gates 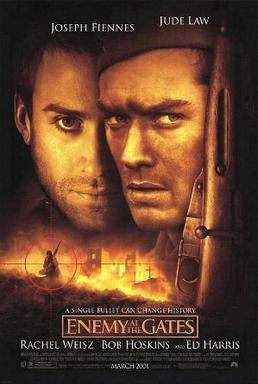 This neither is about cold-blooded killing of a family in Sahiwal, nor concerning forced-disappearance of fellow-citizens by state authorities. Neither am I writing to favor freedom of speech that has long disappeared in the state of ‘Naya Pakistan’, nor is it about a justice system that died infantile at the courtyard of ‘doctrine of necessity’. This is about enemy at the gates, the gradual erosion and collapse of our social infrastructure, the endemic poverty and the growing inequality between the regions that ferociously has undermined the civil society and accelerated the trend towards militarization in Pakistan.

Issues Pakistan has been Facing

This neither is about cold-blooded killing of a family in Sahiwal, nor concerning forced-disappearance of fellow-citizens by state authorities.

The overall consequence of these features is growing pressure on a fragile democratic polity. A significant section of the population perceives that there is nothing in this growth process for them, which is a factor in the resurgence of sub-national groups. Consequently, a new conflict is emerging between centralized state structures and a polarized polity, which is associated with a heightened level of violence in society.

Read more: Khyber to Karachi: How will Pakistan match its population boom?

Failure to devise a strategy that could come to grips with this development crisis has been an important factor in social polarization and the resultant difficulty in strengthening democratic institutions, particularly a culture of democracy. In recent years the polarization of society along religious, political, ethnic, communal and regional lines has been accompanied by an undermining of social values through which diverse communities had lived together in a pluralistic society.

A substantial proportion of the population remains deprived of even the minimum conditions of survival, however, ‘powerful institutions’ are engaged in glorifying their existence.

The social polarization is now fueled by violence and various forms of banditry which have reached a scale that threatens not only the credibility of political institutions but raises the question of whether governance based on a centralized state structure is feasible at all. Political instability and the inability of governance in ‘Naya Pakistan’ is scaring away foreign investment and hurting the economy.

Read more: Pashtuns – Caught between Mullah, Militants and the Military

Prosperous Times, that Once Existed

Back in the 60s, Pakistan was one of the fastest growing economies in the developing world and it was destined to rise up the economic ladder. In 1965, GDP per capita of Pakistan was $116. The countries which were lagging behind us in the 1960s have overtaken us a long ago. Today Pakistan’s GDP per capita is around $1,600 whereas GDP per capita of China and South Korea are around $8,123 and $27,538 respectively.

Politicians are commonly blamed for the politico-economic crisis and are viewed in isolation, sans regional comparisons, to argue that our politicians and democratic system carry exceptional faults, which must be fixed via exceptional means. Comparisons are done ineptly with developed states to condemn our system. In the 1990s, unelected powerful institutions overtly dismissed assemblies following concerted campaigns by loyal analysts and journalists, to paint the illusion of a complete meltdown of the system.

Since 2010, things have become more covert with no unnatural dismissals of assemblies, but only of prime ministers via dodgy verdicts. Political incompetence is not but overambitious unelected ‘powerful institutions’ are the real cause of the steady decline of democracy in the country. Soliciting civilian supremacy in Pakistan is similar to working against the interests of the country. With incessant deterring of a democratic pace, yearning for civilian supremacy is significantly hard to attain.

The social polarization is now fueled by violence and various forms of banditry which have reached a scale that threatens not only the credibility of political institutions.

The military has for too long arrogated to itself the right to control anything concerning defense and to drive the foreign policy of the country, with commanding decisions on internal affairs too. Had there been no military interventions, from 1958 onwards, we too might have had the kind of civilian supremacy that falters in many key areas across the border but also delivers in many others.

For years together we have functioned without the benefit of constitutional governance. In a protracted struggle between civilian supremacy and the military indoctrinate, economic and social problems have piled up. The future of Pakistan rests in the supremacy of law and the sooner is the better to recognize this basic right of the people to govern themselves. Over seventy years of an establishment-dominated political order, whether directly or in cooperation with civilians, has acted as speed-breaker to a prosperous, democratic and politically stable Pakistan.

Personal pursuits of power by implying corruption, nepotism and dishonesty have not helped to rebuild institutions but damaged it further. More unfortunately, the judgments and the accountability process we see today, in which favourites are being forgiven while those not falling in line have their due share of trials and blackmailing of different kinds. We had been at many political turning points before, only to see them turn into nothing. Yet anarchy, insecurity and a lack of consensus on all vital issues characterize the domestic scenario.

The benefits of development have been unevenly spread, and mostly have accrued to the privileged classes. Egotism has been the primary concern of successive governments in Pakistan, and the trend has been maintained to this day. We live in an era marked by rapid economic, technological and social change around the world but not ready to cope with the changing global scenario. We are not even ready to bring sustainable change within. We have an enemy at the gates but no one is ready to realize, ignoring and behaving obliviously, and if we keep overlooking, Pakistan will be the loser.

Dr. Zafar Khan Safdar is Ph.D. Political Science, Civil Servant based in Islamabad. He is the author of best-selling book on Political Science. His area of specialization is Political Development and Social Change. He can be reached at zafarkhansafdar@yahoo.com and tweet@zafarkhansafdar. The views expressed in this article are author’s own and do not necessarily reflect the editorial policy of Global Village Space.

Funerals in Vienna became online as coronavirus fears ramp up