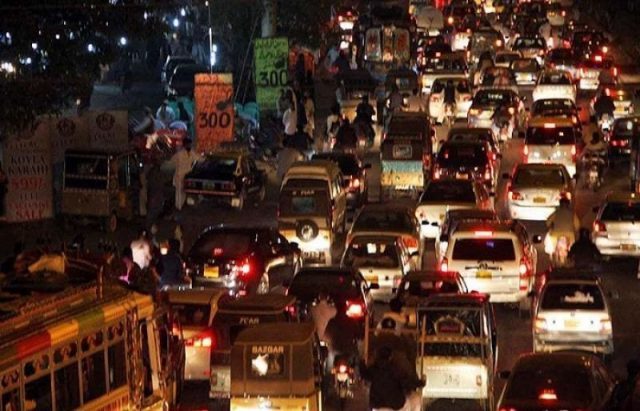 To bring down the deficit from 6.6 to 5.1 percent, the sitting PTI government has revoked the tax relief granted by PML-N to salaried persons, raised tax rate in highest income tax slab from 15 to 30 percent, increased federal excise duty on imports of luxury vehicles and duties on expensive cell phones, increased customs duty on more than 5,000 luxury items, regulatory duty increased on import of more than 900 items, and raised the rate of withholding tax on banking transactions for non-tax filers to 0.6 percent.

Pakistan is spending less than 100 billion on education from pre-primary to the higher level that is why the literacy rate is low and the standards of those few who make it to college or universities are plummeting at a dizzying pace.

Out of total Rs. 4917 billion resourced available and deficit-free budget, military spending is around Rs. 1600 billion, which makes 34 percent of the total deficit-free budget. This 1600 billion also include army personnel’s pension, and strategic and contingency spending etc. This military spending is over and above the one, we are receiving from the US against a war on terror. Since 9/11, we have received Rs. 3300 billion against security assistance. Contrary to this, the total size of Public Sector Development Programme (PSDP) for 2018-19 is Rs 1,400 billion, out of which Rs 850 billion has been allocated to provinces.

This estimated Federal PSDP of Rs 550 billion includes the spending on Federal Ministries/ Divisions, Corporations, Earthquake Reconstruction and Rehabilitation Authority (ERRA), achieving Sustainable Development Goals (SDGs), running Community Development Programme, Special Provision for Competition of CEPEC Projects, FATA 10 year Plan, Relief and Rehabilitation of IDPs etc. It is a known fact that the allocated development budget has never been utilized to the fullest, 40 percent and sometimes 50 percent of the development budget is surrendered by the end of every financial year. Whereas military spending has never been surrendered, a rather supplementary budget is provided time and again.

On the other hand, Pakistan’s exports are almost half of its imports. With a budgetary deficit of 5.8 to 8.2 percent every year, Pakistan is the 9th largest importer of the world in buying military armaments. This cost us around Rs. 700 billion per annum which is adjusted against the external resources come from foreign loans and grants. Rest of the external resources are spent on mega projects like building dams, construction of ports, motorways, installation of power generation plants etc.

Military spending has an equal share in national debt credits but the civilian government takes the whole liability, and often become victims of ‘plundering public exchequer and the foreign loans’. The sheer irony is that if someone points out and tries to balance this glaring budgeting difference becomes a branded conspirator. Soliciting civilian supremacy in Pakistan is similar to working against the interests of the country. With incessant deterring of a democratic pace, yearning for civilian supremacy is significantly hard to attain. The military has for too long arrogated to itself the right to control anything concerning defence and to drive the foreign policy of the country, with commanding decisions on internal affairs too.

Over seventy years of an establishment-dominated political order, whether directly or in cooperation with civilians, has acted as speed breaker to a prosperous, democratic and politically stable Pakistan.

Had there been no military interventions, from 1958 onwards, we too might have had the kind of civilian supremacy that falters in many key areas across the border but also delivers in many others. For years together we have functioned without the benefit of constitutional governance. In a protracted struggle between civilian supremacy and the military indoctrinate, economic and social problems have piled up. The future of Pakistan rests in the supremacy of law and the sooner is the better to recognize this basic right of the people to govern themselves.

We have total 0.9 million military personnel, out of which 0.637 million are active and 0.282 are the reserve. 34 percent of the budget is being spent on them while the rest of the 64 percent is allocated to 220 million civilian population. On the top of this, 100-plus billion is added to military spending every year. This never bothers anyone, but the subsidy of just 8 billion rupees a year that is being provided to poor commuters who travel on a metro-bus project in Multan, Lahore, and Rawalpindi-Islamabad, becomes a hot potato. Pakistan is spending less than 100 billion on education from pre-primary to the higher level that is why the literacy rate is low and the standards of those few who make it to college or universities are plummeting at a dizzying pace.

The overall consequence of these features is a growing pressure on a fragile democratic polity. A significant section of the population perceives that there is nothing in this growth process for them, which is a factor in the resurgence of sub-national groups. Consequently, a new conflict is emerging between centralized state structures and a polarized polity, which is associated with a heightened level of violence in society. Failure to devise a strategy that could come to grips with this development crisis has been an important factor in social polarization and the resultant difficulty in strengthening democratic institutions, particularly a culture of civilian rule of law.

Politicians are commonly blamed for the politico-economic crisis and are viewed in isolation, sans regional comparisons, to argue that our politicians and democratic system carry exceptional faults, which must be fixed via exceptional means. Comparisons are done ineptly with developed states to condemn our system. Overtly and covertly interrupting the civilian rule, followed by smear campaigns of ‘loyal analysts and journalists’ painting the illusion of a complete meltdown of the system is the ultimate problem.

Read more: “PML-N and PPP have broken all records of corruption,” says Imran…

Political incompetence or corruption is no cause of the steady decline of civilian supremacy in Pakistan but institutional interference is. Over seventy years of an establishment-dominated political order, whether directly or in cooperation with civilians, has acted as speed breaker to a prosperous, democratic and politically stable Pakistan. To quote a retired General that “every country owns an army but in Pakistan army owns the country” says it all.

M Zafar Khan Safdar is Ph.D. in Political Science. His area of specialization is political development and social change. He can be reached at zafarkhansafdar@yahoo.com and tweet@zafarkhansafdar.The Views expressed in this article are author’s own and do not necessarily reflect the editorial policy of Global Village Space.

Pakistan has special place in our hearts: President Erdogan