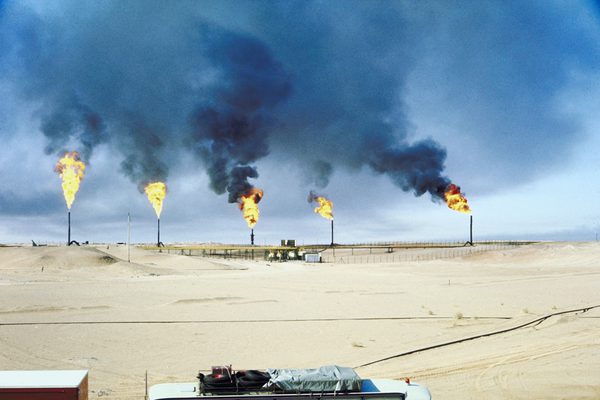 “In the last 5 years there has been no new exploration for petrol wells and no new licenses were issued”, claimed the Federal Minister for Petroleum and Energy, Ghulam Sarwar Khan.

He made these comments while speaking to Dr. Moeed Pirzada at his Prime-time show “Live With Moeed Pirzada” on GNN. “On 26th November 2018, the PTI government had put out 10 new blocks of exploration wells for open bidding,” the minister said. He also said that the government is committed to putting out 10 more blocks for auction by the end of the current quarter (Jan-March 19).

On another question regarding the encouragement of local companies, he said that Mari Petroleum and OGDCL have already partnered for exploration.

The petroleum minister said that one of the greatest challenges for the energy sector is facing litigation. He said that from 1989 onwards, 72 petroleum related cases are in litigation which has halted a lot of potential progress. He said that there is an alarming rate of local resource depletion. “By 2027, most of our petroleum wells will be depleted; this is an issue that the government has to tackle in contingency”.

Read more: MPCL’s oil discovery in Bolan a success for energy and economy

Responding to a question about off-shore exploration, Sarwar Khan said that a cabinet assemblage has decided to let companies explore off-shore energy potential tax-free and three vessels have already been deployed as far as 280 kilometers off the coast.

On another question regarding the encouragement of local companies, he said that Mari Petroleum and OGDCL have already partnered for exploration. MPCL, one of the largest petroleum exploration conglomerates in Pakistan, has had a 72 percent success rate. “Foreign companies like ENI are ready to deal with the risk factor, even where the exploration potential is 50 percent”.

Pakistan’s imports are $60 Billion out of which the energy import bill is $17 Billion: $13 Billion are petroleum products and $4Billion is of LNG imports.

Regarding foreign agreements, he said that out of all the potential investors that the PTI government is assessing, Saudi Arab has been the most comprehensive and firm in its offers “Apart from the oil refineries that they wish to install here, they have also offered help in our outstanding payments, our fines in international litigation and technical assistance”.

The petroleum minister informed that one of the most lucrative offers Saudi Arab has made has been to assist Pakistan in converting its defunct and dried wells into LNG storages, as Pakistan currently has to put imported LNG directly into the transmission.

He also said that Saudi Arab has conveyed to Pakistan that the Kingdom is transcending to alternate energy sources such as Wind and Solar conversion and has offered help in assisting Pakistan to explore those avenues as well.

Previous articleTop 4 Fastest-Growing Industries in Asia
Next articleCareem, ‘No More’