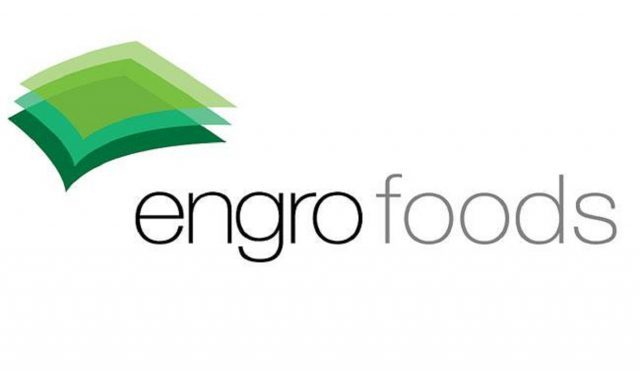 Engro Foods has signed a memorandum of understanding (MoU) with Greenland Zone, which provides farm machinery and financial assistance for the agricultural sector. Engro Foods is a leading enterprise in packaged milk and dairy products.

The objective of this collaboration is to enhance the productivity of dairy farms by facilitating the acquisition of modern farm machinery and equipment and imparting valuable training to the farmers for capacity-building, said a statement issued on 20th March.

Deployment of modern technology promises to be a game-changer for Pakistan’s traditional farming sector. This will ensure the production and distribution of quality milk for the masses, while increasing the profitability and prosperity of the agricultural sector too.

This alliance will enable Engro Foods and Greenland Zone to empower the local farmers, by guiding them towards farm-mechanization which in turn will lead to an increase in quality and quantity of diary production. Thus, the two organizations have pledged to nurture a healthy and prosperous society.

Engro will provide consultancy and deeper insights after evaluating the farmers’ technological needs. They will then recommend the right machinery needed for higher profitability for the farmers. Greenland Zone will then facilitate the acquisition, installation, training and maintenance of the recommended equipment.

Shakir Umar Gujjar confirmed that the price of milk for farms has been set at Rs 86 per litre.

The Dairy sector has been in the doldrums for hazardous quality, poor health standards and monopoly. A meeting ensued last week, chaired by commissioner Karachi, and decided in favor of an upward revision worth Rs 10 per litre. Led by Karachi Commissioner Ejaz Ahmed Khan, the participants of the meeting unanimously agreed to bump up the price of milk from Rs 85 to Rs 95 per litre.

In a statement issued on 14th March, Shakir Umar Gujjar, the president of the Dairy and Cattle Farms Association (DCFA), confirmed the price of milk for farms has been set at Rs 86 per litre.

While dairy shop owners and retailers are protesting countrywide, cattle farmers and wholesalers, on the other hand, were satisfied with the government-backed boost, citizens continue to suffer from the supply crisis as they remained caught in power game of the milk mafia.

According to an estimate, the metropolis’ daily milk demand of 4.5 million litres is faced with a deficit supply of at least a million litres.

However, Shakir Gujjar said the Rs86-per-litre price comprises cost and profit worth Rs84.96 and Rs1.04 per litre, respectively. The wholesale price, on the other hand, was set at Rs 89.75 per litre.

The top DCFA official also told a local publication that the prices of milk will now be adjusted every three months by an inflation-linked rate. Early last month, the commissioner ordered strict action against the retailers who were not selling milk according to the government-prescribed prices.

During a meeting with dairy and cattle farmers, Ejaz Ahmed had said a crackdown would be launched against such retailers, warning that those flouting government regulations would be arrested.

With the negotiations, going on back then, between the farmers and the commissioner, the latter had stated that there will be no increase in milk prices after farmers put forth a request for an increase of Rs 15.

Talent and spirit running wild in this great country

From a Yousafzai to Manzoor Pashteen – Not in my name!!