“Game of Thrones” or “Money Heist” would neither cause identity crisis nor endanger our values and culture. But when the Turkish blockbuster “Resurrection: Ertugrul” makes a smashing entry in Pakistan by elevating Islamic culture and glorious conquests of Ottomans, all of a sudden we have an identity crisis. 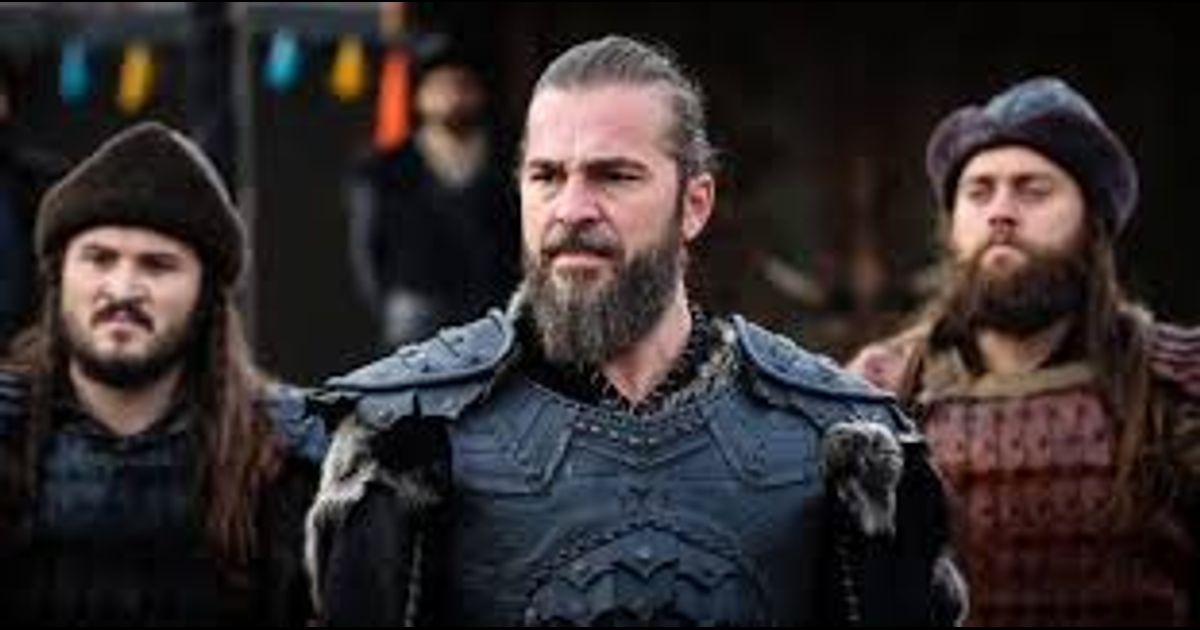 Itching, as per Cambridge lexicon, is the fact of having or producing an uncomfortable feeling on the skin that makes you want to rub it with your nails. The insidious itching might be due to an allergic reaction to something, in this case, “Resurrection: Ertugrul”, which when tinged with biased nastiness of mind is like a ‘scratching when one itches’. This itching comes as a result of a strong impulse during which jaundiced ones have some sort of yearning, dissatisfaction or some irritability for not imposing their parochial doctrinal views upon the majority in the face of reality.

The parochial view about Ertugrul triggering an ‘identity crisis’ in Pakistanis is the classical example of such irritation which is generating waves of discomfort this within the circles of pseudo-liberals, commonly known as Desi liberals. You will not expect such a partisan view of these supposed liberals about “Game of Thrones” or “Money Heist”. They won’t say they cause identity crisis or exalts Western values and European culture. But when the Turkish blockbuster “Resurrection: Ertugrul” makes a smashing entry in Pakistan by elevating Islamic culture and glorious conquests of Ottomans — the self-crafted crisis of identity — at once — holds forth in this creed.

It’s pertinent to mention here that there is a huge difference between liberal and a pseudo-liberal. To confuse liberalism with “pseudo-liberalism” is an irreparable loss for no one can allow anyone to harm ideology with something farcical poseur. Liberalism is an esteemed ideology based upon liberty, egalitarianism and upholding human rights. But a pseudo-liberal is at an arm’s length from liberalism. In simplest terms, a “pseudo-liberal” is peculiarly an individual who utilizes liberal human values (like liberty and equality) for personal gains either these are for monetary gains (money or assets) or for fame (awards or influence) to satiate his impulses of ignoramus megalomania.

As the name indicates, such an individual inevitably indulges in hypocrisy and duplicity, thus deluding the very human values one stands for. For illustration, encouraging youth to forgo education and join a revolution, while promoting their own children’s education; chanting the mantra of nationalization while clandestinely running one’s private firm or mill; hence, by employing all these a pseudo-liberal fosters deceit and mockery.

When a hardline religious cleric speaks it is characterized as hate speech and an anti-state jargon of “a state within a state”. On the flip side, if PTM leadership says anything anti-state it is considered an integral part of freedom of speech. This portrays only one thing: duplicity. The purpose here is not to defend or criticize anyone but to expose the true-facades of our so-called Desi liberals.

Read more: Pakistan to produce Ertugrul like drama, thanks to Khalil-ur-Rehman Qamar

Another dirty trick of pseudo-liberals is to employ propaganda as an effort to spread disinformation “deliberately”. For disseminating propaganda, pseudo-liberals rely on the powerful strategy of “half-truth” which takes the viewer’s confidence by partially reporting an event, and gradually leads the viewer towards propaganda by selectively omitting the information.

Every pseudo-liberal criticizes Gen. Yehya Khan for 1971 tragedy of disintegration while simultaneously willfully omitting the name of Bhutto who in his obsession of becoming Prime Minister didn’t accept the legitimate majority right of Sheikh Mujeeb Ur Rehman and his slogan of “Idhr Hum, Udhr Tum”. This ultimately paved the way for disintegration. But a pseudo-liberal will always chant the slogan “Worst democracy is better than best dictatorship”. They completely ignore how the 1960s’ Pakistan was progressing in the fields of development and governance under Ayub’s auspices and how sham democracy of 1980s destroyed every institution of the country with bad governance and massive corruption.

Is challenging Pakistan’s ideology a part of 5th generation warfare?

Three domains namely Islam, Ideology of Pakistan and Objective Resolution are deemed to be incessant itching points of pseudo-liberals since Pakistan’s inception. To continuously vilify these three domains is the favourite hobby of pseudo-liberals. They keep engaging themselves in venomous propaganda against ideological foundations of the country. They try to spread hopelessness within masses. This angle makes the entire pseudo-liberal creed a lethal tool of 5th generation warfare being pursued by the country’s enemies.

When these so-called intellectuals have their say in Media corridors, the fake and frivolous things like Ajmal Kasab as ‘Pakistani’ and Dawn leaks see the light of the day for bolstering nemesis’ narrative. It’s not simply about freedom of speech but by screening their maliciously surreptitious motives behind freedom of expression, pseudo-liberals make their advances in high treason.

Bollywood, local, or Ertugrul heroes: which ones to support?

For years, Indian content was ubiquitous on private media enterprises without triggering any identity crisis. For years, copy-cat third-rate culture of Bollywood had been hollowing the country’s ideological roots but no one ever bothered about identity. But as the Islamic history-based Ertugrul binged upon Pakistan Television and touched new popularity heights, the pseudo-liberal had to resist. Again, it’s not ideological dissent but the hypocrisy that is my major concern.

Another preposterous argument that is put forth by this minority group of Desi liberals is that local heroes should be promoted. Quaid-i-Azam categorically said once, “Pakistan established on the day when first local Indian embraced Islam.” Muhammad Bin Qasim came to Sindh in 712 A.D. from Arab and on account of his benevolence, Sindhi natives started the conversion to Islam.

You may say, the arrival of Qasim was a watershed moment in the ideological struggle for Pakistan. But for this hypocritically parochial creed, Raja Dahir is the hero because Qasim was alien Arab but Dahir belonged to local land. One simple Pakistani shudders even with the contemplation of Dahir as his/her hero. Now for the moment, if you agree with their argument of local hero then even local comparison lays naked their hypocrisy. In Punjab, they will craft Raja Ranjit Singh as their idol of heroism instead of another local Syed Ahmed Shaheed. The reason is simple. Not identity crisis in terms of foreign heroes is their problem but Islam and ideological foundations of Pakistan are a hitch in their giddy-up.

In a nutshell, to Islam, there is no concept of local heroism. The Prophet Muhammad (P.B.U.H‎) was born in Arab but was, is, and will forever be a mercy for all creations within the entire universe and beyond. Everybody is a hero once they practice the teachings of the Holy Prophet (P.B.U.H). Even every piece of fiction, one like Ertugrul (which is about resurrection and establishment of an Islamic State) is a beacon of hope as well as a source of guiding entertainment for all of us. So far as these pseudo-liberals are concerned, let them alone with their ceaseless itching.

Manzoor Pashteen’s article in The New York Times: Who wrote it?

Government’s attack on free speech for Army or for self interest?