The European Union’s foreign policy chief slammed the U.S.’s so-called Middle East peace plan on Sunday, describing it a complete violation of international law and a challenge to UN resolutions. He called for a viable solution to the conflict by bringing both the parties to the table to chalk out a better plan acceptable to both. 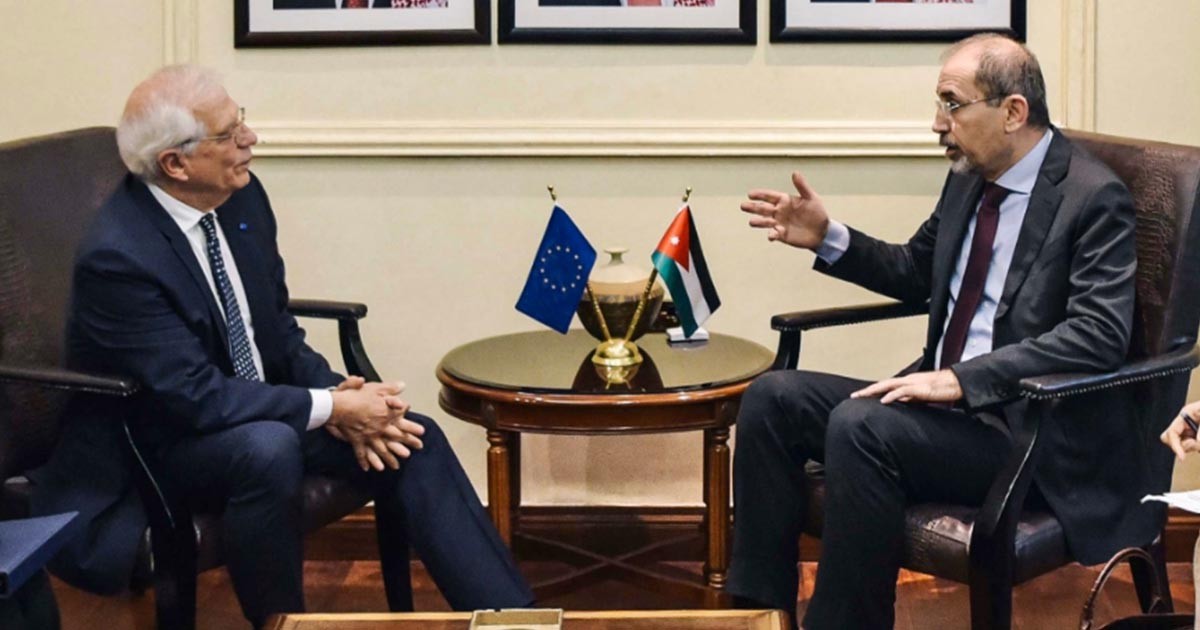 “The U.S. plan challenges many of the internationally agreed parameters: the 1967 border, as agreed by both parties, with a state of Israel and an independent, viable state of Palestine, living side-by-side in peace, security and mutual recognition,” said Josep Borrell, who met with Jordanian Foreign Minister Ayman Safadi and King Abdullah in Amman to discuss bilateral relations and regional developments.

“In Jordan and the European Union, we are very much aware that the Israeli-Palestinian conflict is one of the longest, most painful and complex conflicts in our history.”

Had a frank discussion with ⁦@AymanHsafadi⁩ on the Middle East Peace Process #MEPP.

The EU and Jordan share the commitment to a two-state solution and respect for international law. We need solutions that can be accepted by both parties in this long-lasting conflict. pic.twitter.com/eYR6v0Cu6C— Josep Borrell Fontelles (@JosepBorrellF) February 2, 2020

“The experience over the past 50 years has shown that without agreement among all sides, no peace plan has the chance to succeed. To find a sustainable way forward, both parties need to come back to the table,” Borrell said later in a statement to Jordanian television.

“Had a frank discussion with @AymanHsafadi on the Middle East Peace Process #MEPP.

“The EU and Jordan share the commitment to a two-state solution and respect for international law. We need solutions that can be accepted by both parties in this long-lasting conflict.”

Read more: Israel-Palestine: Deal of the century or the devil’s deal?

On Tuesday, U.S. President Donald Trump announced his so-called peace plan to end the Israeli-Palestinian conflict during a press conference at the White House alongside Israeli Prime Minister Benjamin Netanyahu. No Palestinian representatives were present.

The peace proposal put forward by this deal is not a surprise for the analysts. The so-called Deal of the Century substantiates the role the US administration had played in the Israeli-Palestinian conflict since the establishment of the Jewish state back in 1948. The record highlights that the US had always been tilted towards Israel and had prioritised Israeli interests over the Palestinians’ rights. The deal is no different.

The two-state solution that this deal proposes is in complete contradiction with the one proposed by the UN. The UN had called for sovereign Israeli and Palestinian states existing side by side with Jerusalem as a joint capital. But this new US deal is in complete violation and disregard for international law and the UN resolution. It calls for Jerusalem as “Israel’s undivided capital.” Furthermore, it gives Israel more power and influence over Palestine thus taking away the idea of a sovereign Palestinian state.

Hisham Kassem a political analyst is of the view that this is an annexation plan rather than a peace plan.  According to him  “Israel and the United States know full well that the proposed plan will be rejected. It is only a means of legitimizing Israel’s annexation of more West Bank land and the Jordan Valley.”

The so-called “Deal of the Century” unilaterally annuls previous UN resolutions on the Palestinian issue and suggests giving Israel almost everything they have been demanding.

Does PM Nawaz pay for his toilet paper at PM house?