Israel-Palestine: Deal of the century or the devil’s deal?

The proposal for peace in the Middle East unveiled by US President Donald Trump envisions the conditions under which a Palestinian state might be recognized. But it does not seem to resolve the Israeli-Palestinian conflict rather it would further exacerbate the tension between the two. 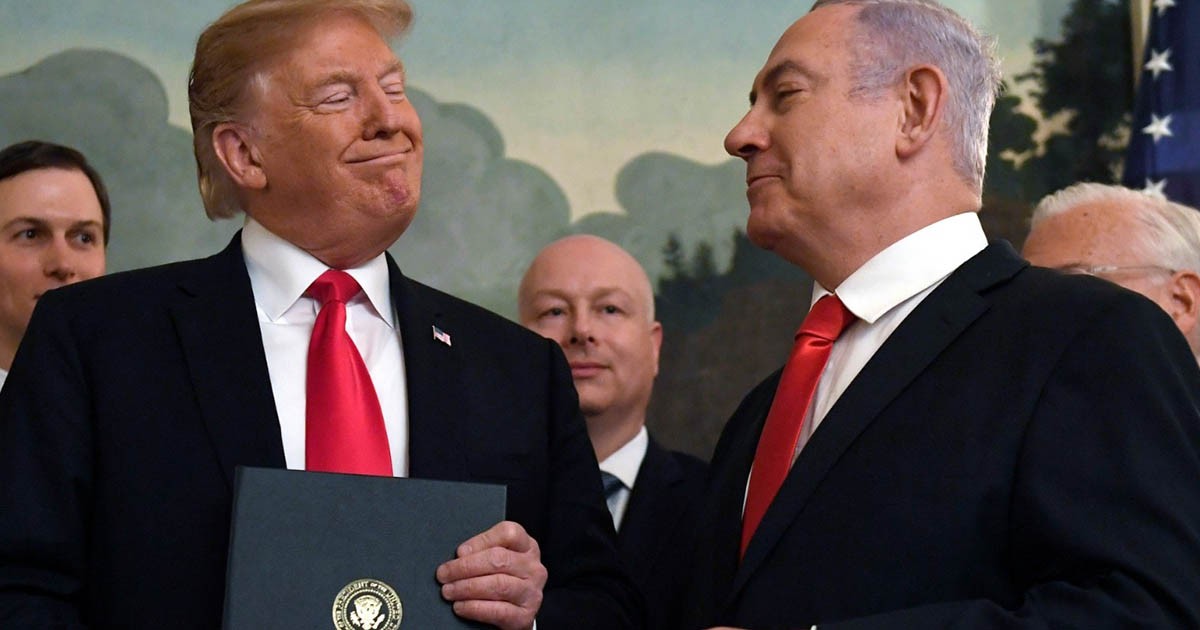 The proposal for peace in the Middle East unveiled by US President Donald Trump envisions the conditions under which a Palestinian state might be recognized. The deal is hailed by both the US and Israel and is branded as the ‘deal of the century‘. But it does not settle well with Palestinians.

The “Vision for Peace, Prosperity and a Brighter Future” bills itself as “the best, most realistic and most achievable outcome for the parties” right from the start. It says that the 700 or so UN General Assembly resolutions and 100-plus Security Council resolutions have failed to bring peace, while the 1993 Oslo Accords left too many key issues unresolved, “including, among other items, borders, security, refugees and Jerusalem.”  Trump’s vision addresses all those issues – mostly by siding with Israel.

“A realistic solution would give the Palestinians all the power to govern themselves but not the powers to threaten Israel,” says the Vision at the very beginning. Therefore, any Palestinian state would have to be fully demilitarized.

The Palestinian leadership has rejected Trump's so-called #DealOfTheCentury even before its release.

Follow all the latest on the proposal to revive the Israeli-Palestinian peace process: https://t.co/riEhPMhUrk pic.twitter.com/3myLL2qKey— Al Jazeera English (@AJEnglish) January 28, 2020

Palestine would not have any right to “develop military or paramilitary capabilities” without Israel’s approval. It would also be barred from any sort of security or diplomatic arrangements with other countries without Israeli consent.

Also, as a precondition for recognition, the Palestinian Authority would have to drop all pending or planned legal action against Israel, the US and their citizens before the International Criminal Court, the International Court of Justice, and all other tribunals.

By analysing these arrangments deeply, one can conclude that the so-called ‘Deal of the century’ does not seem to resolve the Israeli-Palestinian conflict rather it would further exacerbate the tension between the two. Instead of taking into consideration the Palestinians’ concern, the deal is one-sided, biased and a dictated one. It is highly unlikely that this plan is carried out and it would bring peace to the region. Even if it does so, it will not be a positive peace but a victor’s peace where violence will have the potential to re-emerge.

On page 45, the Vision introduces a “Conceptual Map,” a basis for negotiations that is designed to address the “spirit” of UN Security Council Resolution 242, dealing with the Palestinian territories previously held by Egypt and Jordan but taken by Israel in the 1967 war – namely, West Bank and Gaza.

The map reflects the US view that Israel is not legally bound to provide Palestinians with 100 percent of the pre-1967 territory, but something “reasonably comparable in size.” It shows a Palestinian state almost entirely enclosed by Israel to address “security requirements.” As noted above, Israel gets to maintain control over Palestinian borders.

As drawn, the map “avoids forced population transfers of either Arab or Jews,” often by creating enclaves within enclaves, connected to the rest by access roads, tunnels or overpasses. It envisions “high-speed transportation links” for Palestinians, but it is unclear what this might mean, as no such infrastructure presently exists in the US.

Israel has already said it would basically annex the strip along the Jordanian border and other areas assigned to it by the map right away, while pausing all settlement activity in the Palestinian-designated areas for four years, to give the Palestinians time to make their choice.

Partitioned by the 1949 armistice between Israel and Jordan, Jerusalem has been fully under Israeli control since 1967. Israel has officially annexed the entire city – a claim recognized by Trump in December 2017, but not the UN.

The Vision treats Jerusalem as the Israeli capital – albeit with freedom of access to its holy sites to all religious communities – and proposes the Palestinian capital to be “in the section of East Jerusalem located in all areas east and north of the existing security barrier, including Kafr Aqab, the eastern part of Shuafat and Abu Dis, and could be named Al Quds” or however else the Palestinian state wishes (page 21).

Read more: Is deal of century a pathway to peace or a recipe for disaster?

Jerusalem which carries great importance for many religions especially the Muslims, the jews and the Christians. By providing full control of the city to Israel, the deal is playing with the emotions of other communities. Hamas- a political and military organization of Palestinian Muslims has categorically rejected the plan calling the proposal a ‘nonsense’. This deal, according to a spokesperson of Hamas, will further aggravate the problems instead of resolving the issue.

One of the most intractable issues has been the question of Palestinian refugees, displaced since 1948. The Trump plan asserts that “nearly the same number of Jews and Arabs were displaced by the Arab-Israeli conflict,” but while the Jews were given citizenship and absorbed by Israel, the Palestinians were “cruelly and cynically held in limbo to keep the conflict alive” by the neighbouring Arab states.

“There shall be no right of return by, or absorption of, any Palestinian refugee into the State of Israel.”

Palestinians will be given a choice to seek citizenship in the Palestinian state, integrate into the countries where they currently live, or resettle in a third country. A “generous trust” will be established to pay for this.

The carrot and the stick

Much of the document is in fact about economic incentives for Palestinians, including the 95-page second half that lays out the proposal masterminded by Trump’s son-in-law and adviser Jared Kushner and presented last year in Bahrain. The detailed presentation envisions how Palestinians should structure their government, society, economy, education, healthcare, etc.

In sum, Palestinians are promised a million new jobs, billions of dollars in investments to bring them out of poverty, and a state they can call their own – if they agree to a peculiar form of restricted sovereignty that is subordinated to Israeli security interests; recognize Israel as the Jewish state and abandon all claims to the land it holds; and reorganize their entire society along the lines of a western liberal democracy.

While Trump and Israeli PM Benjamin Netanyahu have praised the proposal as the “deal of the century,” and “once in a lifetime opportunity for Israel”, the Palestinian factions have already denounced it as dead on arrival. Instead, they have branded it as the “Deal of the Devil”.

What will be the fate of Jerusalem under Biden?