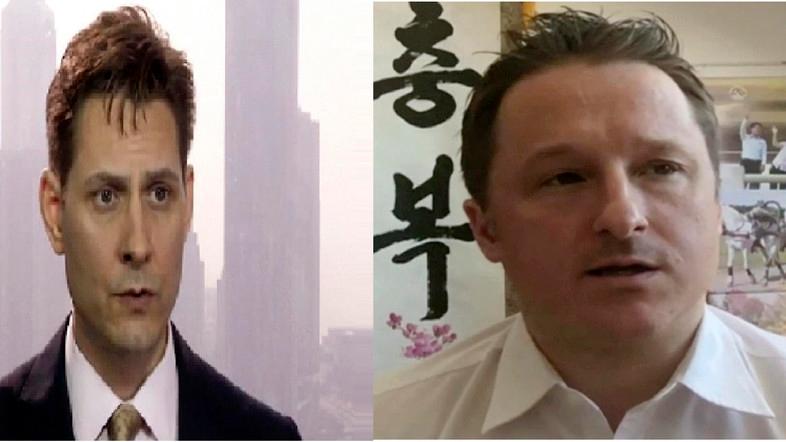 A group of more than 100 former diplomats and academics have signed an open letter to Chinese President Xi Jinping calling for the release of two Canadians who have been detained on allegations of espionage.

Former diplomat Michael Kovrig and businessman Michael Spavor were on December 10 arrested for activities that “endanger China’s security” — a phrase often used by Beijing when alleging espionage. Their detentions are thought to be in retaliation for Canada’s arrest on a US request of Huawei vice president Meng Wanzhou, who is facing fraud charges linked to violations of Iran sanctions.

Spavor is based in northeast China and facilitates trips to North Korea, including past visits by former basketball star Dennis Rodman.

The letter, written in English and Chinese, said both Kovrig and Spavor worked to improve understanding of China and to promote better relations with the world. “Kovrig and Spavor’s detentions send a message that this kind of constructive work is unwelcome and even risky in China,” read the page-long letter, which had 143 signatories from 19 countries.

The letter comes amid heightened diplomatic tensions between Ottawa and Beijing since Meng’s arrest. A Chinese court last week sentenced a Canadian man to death for drug trafficking following a retrial, a drastic increase of his previous 15-year prison sentence.

Ottawa has warned its citizens about the risk of “arbitrary enforcement” of laws in China, which sparked off a tit-for-tat response in Beijing. Canadian Prime Minister Justin Trudeau welcomed the letter. “We would always encourage friends, allies to point out that Canada stands up for the rule of law and all countries should stand up for the rule of law,” Trudeau told reporters in Ottawa.

“It’s a very clear principle that has served us well over the past decades, that we have systems of justice that are independent from political interference and Canada will always defend that,” he said.

A group of more than 100 former diplomats and academics have signed an open letter to Chinese President Xi Jinping calling for the release of two Canadians.

Former ambassadors to China from Germany, Mexico, Britain and Sweden also lent their names, along with many of the world’s leading China academics.

The letter is meant to send a message that China’s current action will alienate much of the world, said Jan Weidenfeld, head of European affairs and business strategy at the Mercator Institute for China Studies, one of the letter’s signatories.  “We’re particularly concerned now at the sort of arbitrariness of what’s happening,” Weidenfeld told AFP.

“It’s not clear whether China is playing by the rules at the end of the day… who’s to tell me that I, or a colleague won’t be next?” Based out of Hong Kong, Kovrig had taken leave from his diplomatic posting to work for the International Crisis Group think tank when he was arrested.

Spavor is based in northeast China and facilitates trips to North Korea, including past visits by former basketball star Dennis Rodman. Spavor is believed to be one of the first Westerners to meet North Korean leader Kim Jong Un.

“We who share Kovrig and Spavor’s enthusiasm… must now be more cautious about travelling and working in China and engaging our Chinese counterparts,” the letter said. “That will lead to less dialogue and greater distrust, and undermine efforts to manage disagreements and identify common ground.

“Both China and the rest of the world will be worse off as a result.”