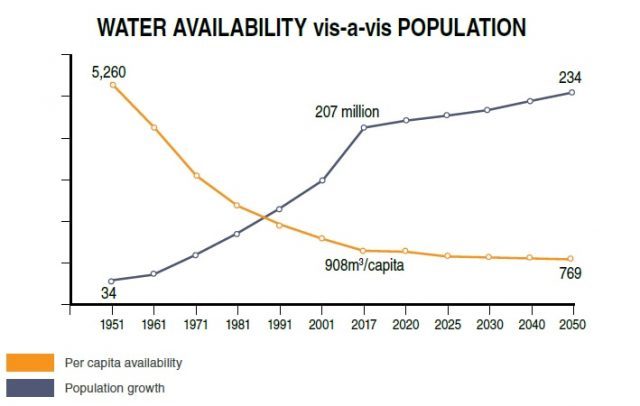 The Pakistan State Bank issued its fiscal analysis on Pakistan’s economy for 2017-18 late last week with the three main sectors gaining momentum. According to the report, positive growth has galvanized the economy as it neared its highest real GDP growth in 13 years of 5.8% for FY18. Pakistan’s main contributors to its GDP are the agriculture, cement, and services sector all of which displayed accelerated growth numbers.

The cement industry– which occupies over one-fifth of the market share of large-scale manufacturing growth– has registered 11.1% increase during FY18 as opposed to 4.5% last year. The industry has been gearing toward capacity improvements alongside a surge in production to meet domestic and export demands.

Border tensions with India have largely dropped cement trade between the two countries by 3.2% in FY18 despite a 27.3% increase from FY17.

Industrial capacity thus gained by 6.6% reaching 49.4 Mt during FY18 whereas capacity utilization levels have also reached an unprecedented 93% in efficiency. The fact that the industry was responding positively to widespread construction activities reflects a positive domestic growth of 15.4% for this year.

Much like the steel manufacturing industry, cement is also largely driven by the China-Pakistan Economic Corridor (CPEC) and its related projects as well as public enterprise development spending and the growing construction projects for private housing societies. Predictions for rising demand in the coming years has already pushed major industry players like Askari Cement to begin investing in capacity expansions simply in order to consolidate their rankings within a high-margin domestic market as well as growing export destinations.

In order to absorb excess cement output for the future with positive connotations for all industries altogether, the banks have also expressed some recommendations. Firstly, it is necessary to continue unhindered the work on private housing schemes needed to curb the housing deficit specifically in more urbanized areas. Secondly, public sector demands are to be equally supported by utilizing budgeting for PSDP (Projects under Public Sector Development Programme).

In order to make good on loans and manpower dedicated for CPEC, it is imperative to ensure continuity of all related projects going on in economic zones under its umbrella. Moreover, increased industrial capacities can invite greater external competitiveness and it is very necessary for the major three sectors (especially cement) to begin exploring new markets.

The industry has been gearing toward capacity improvements alongside a surge in production to meet domestic and export demands.

In terms of export markets for cement the report has been equally optimistic as was the case in the domestic market. The overall quantity of cement exports underwent an increase of 1.8% recovering from an eight-year consecutive decline (on an average of 10% contraction over the past 8 years). Interestingly, the decline during this period took place while shipments continued to Afghanistan, South Africa, Madagascar, and Senegal.

Yet domestic cement demands have far outpaced exports in recent years. During FY 2001-09 the industry was used to exporting about a quarter of its annual output; the market share of which has now dropped to one-tenth. This decline is also attributed to the installation of manufacturing units in key cement importers such as South Africa and Afghanistan leading to the imposition of high tariffs on Pakistani cement to protect their domestic industries.

Quantum cement exports, however, have ended a consecutive four-year decline in FY18, rising by 1% by a year-on-year basis. Surplus availability of material as well as additional storage facilities coming online in the second quarter of the current fiscal year especially in the export-oriented South country has motivated other firms to explore export markets, especially in Africa to take advantage of more feasible maritime trade.

All in all, the cement industry is looking positive especially with key enterprises responding to positive growth in a competitive manner.

In the case of Afghanistan which has remained one of the top export markets for Pakistani cement, the cement industry suffered when Iran’s cement began to pour into the country especially after the 2016 Nuclear deal. Stricter border control with Afghanistan now has also formalized the channels through which cement is being shipped into the country alongside the fact that Iran’s goods have to resort to black market channels since early in 2nd quarter for FY18.

According to customs data, Afghani shipments have rebounded alongside shipments to South Africa and Mozambique balancing out the decreased exports to India and Sri Lanka. Border tensions with India have largely dropped cement trade between the two countries by 3.2% in FY18 despite a 27.3% increase from FY17.

The re-imposition of US sanctions on Iran may bode well for Pakistani cement exports into Afghanistan whereas CPEC projects are projected to raise domestic consumption levels substantially. All in all, the cement industry is looking positive especially with key enterprises responding to positive growth in a competitive manner.