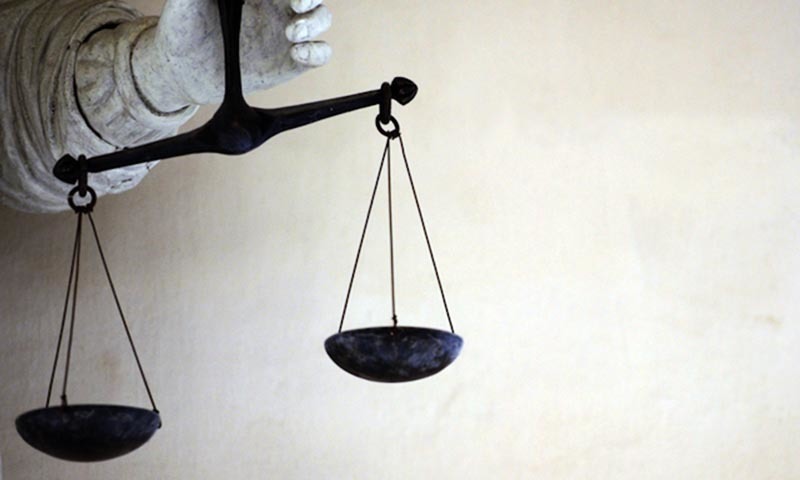 The tenure of ‘military courts’ is coming to an expiry, on 30th March 2019. And Pakistan is once again confronted with the ugly question of whether or not to extend the validity of this constitutional aberration. Unfortunately, over the past four years (since APS Peshawar), our legislature has been too consumed by issues of petty politics, to have paid any attention to the promised reform of the criminal justice system. And in the meantime, the bereaved people of this hapless nation have chosen to trade judges for soldiers, at least in regards to prosecuting and convicting terrorist element.

As we stand on the cusp of once again renewing our (tainted) commitment to the military courts, let us ask what precise is the ambit of these military courts? And, of course, why are we continuing to extend their abhorrent tenure?

The natural and necessary measures for fixing this rot should have been an overhauling of the Anti-Terrorists Courts, and evolution of the judicial philosophy towards conviction of religious militants.

In the aftermath of the heart-wrenching tragedy of APS Peshawar, our national consensus on the creation of military courts, as a draconian last resort, lay bare the decadence of public confidence in our civilian judicial structure, and the ability (or courage?) of the judicial organ to fearlessly convict religious terrorists, in accordance with the spirit of Anti-Terrorism Act, 1997, and the Protection of Pakistan Act, 2014.

The natural and necessary measures for fixing this rot should have been an overhauling of the Anti-Terrorists Courts, and evolution of the judicial philosophy towards conviction of religious militants. However, at the time, the people of Pakistan, who had just buried 141 children in their school uniforms, seemed to no longer care about the technicalities of constitutionalism and due process of law.

They wanted justice (revenge?), and they want it without the haggling over a long drawn-out judicial process! In that fit of rage (and a promise of redemption), no one could have argued the nuances of a judicial structure and legal protections with a mother whose 11-years old son was identified, and then shot through the eye.

Consequently, in 2015, the Twenty-First Constitutional Amendment and corresponding amendments in the Army Act were enacted for a period of two years, along with an express promise (by the legislature) to reform our (civilian) criminal justice system during this time. However, at the expiration of the two-year period, in 2017, the military courts were extended for an additional period of two years (expiring on 30th March) – primarily because the legislature had failed to enact any meaningful reforms in criminal justice empire.

Prior to enactment of the Twenty-First Constitutional Amendment, per Section 2 of the Army Act, only personnel of the Pakistan Army, or those working under the umbrella of Pakistan Army, were “subject” to the Army Act. Two exceptions, however, were permitted to this general rule; the provisions of Army Act also extended to 1) any person who seduces persons connected with the Army away from “his duty or allegiance to Government” (Section 2 (d) (i)), and 2) any person who had committed an offense under the Official Secrets Act, 1923 (Section 2 (d) (ii)).

First, the military courts (and the consequent proceedings) have been exempted from the Fundamental Rights protection, afforded under Article 8 of the Constitution, through the inclusion of the military laws into Part I (III) of the First Schedule.

This jurisdiction of the Army Act was extended (through the military court amendments) to include military trial of all “persons” who are, or claim to be, or are “known to belong to” any terrorist group, or otherwise wage war, “using the name of religion or a sect”, against the State, Army, law enforcement agencies, or civilian personnel and property, including kidnapping (Section 2 (d) (iii)). Furthermore, “any person” who, “using the name of religion or a sect”, commits certain offences scheduled in the Protection of Pakistan Act, 2014, including attacks on schools, airports, and infrastructure, was placed under the jurisdiction of military courts (Section 2 (d) (iv)).

For the protection of political parties that have been accused of violence in the name of regionalism (e.g. the MQM), military court amendments expressly state that the word “sect” is limited to religion only, “and does not include any political party registered under any law for the time being in force.” Furthermore, political control and oversight of the trial process have been guaranteed through the inclusion of the requirement that prosecution for the subject offenses can only be initiated with “prior sanction” of the Federal Government.

Read more: Should Military Courts be given an extension?

Finally, through inclusion of sub-sections (4), (5), and (6) in section 2 of the Army Act, 1952, the Federal Government has been given the power to “transfer” to the military courts, any of the pending cases for the said offences (being tried in different courts), and the military courts need not duplicate the effort of recording evidence, to the extent that the same has already been done.

Second, being mindful of the fact that the Constitution requires separation of Judiciary from the Executive (under Article 175 (3)), an exception has been carved out in this constitutional principle to the extent of proceedings being done under the military laws, and the Protection of Pakistan Act, 2014.

In an ideal world, four years would have been more than enough time to make the necessary legislative amendments (and judicial adjustments) that wipe the stain of military courts from the fabric of our democracy.

Owing to these amendments, over the past four years, military trials of suspected religious terrorist have been taking place under the Army Act, outside the gates of fundamental rights, by serving Army officers, who cannot be challenged on the basis of the constitutional principle of ‘separation of powers’. And this exercise has been done in the shadow of a (democratic) resolve to “permanently wipe out and eradicate terrorists from Pakistan”.

During this time, according to government statistics, a total of 717 cases were referred to military courts. Of these, 478 cases have been decided, and 284 convicts been awarded death sentences (56 of which have already been executed). Furthermore, 192 convicts have been awarded rigorous imprisonment, two accused have been acquitted, and 54 cases have been dropped due to “technical reasons”.

In an ideal world, four years would have been more than enough time to make the necessary legislative amendments (and judicial adjustments) that wipe the stain of military courts from the fabric of our democracy. We would have amended the Anti-Terrorism Act, updated the relevant provisions of Criminal Procedure Code and the Pakistan Penal Code, and also introduced measures for the protection of witnesses as well as judges who participate in countering terrorism.

However, Pakistan is not an ideal world. While our legislators, over the past some years, have had the political will to pass self-serving laws – including those that allow a disqualified person to be the leader of a political party or those that wipe out the requirement for disclosure of assets by parliamentarians – there has been no time (or will) to enact laws relating to reform of the criminal justice system.

Read more: Military Courts in Pakistan: Why and Why not?

That the tenure of the military courts will be extended for (some) period, seems to be a foregone political reality. However, it is hoped (and prayed) that the PTI government and it’s Naya Pakistan will (at least attempt to) succeed where its predecessors have failed. And in the process, through the introduction of the necessary reforms, the people of Pakistan will once again be able to renew their faith in our (civilian) criminal justice system.

Will Pakistanis & Afghans be able to see through the Indian Great Game?