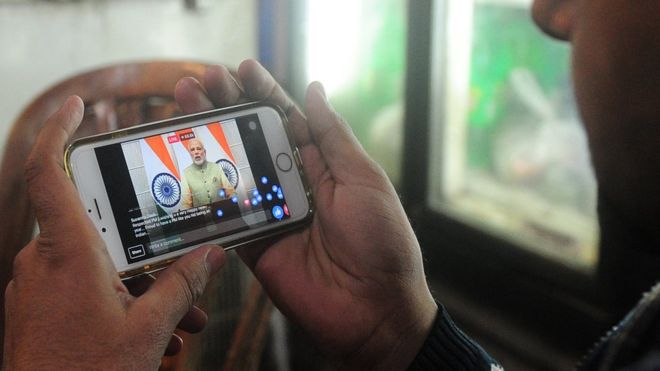 Wild rumors on social media about interstate gangs of child lifters and kidnappers has created such a panic in the two Telugu states of Telangana and Andhra Pradesh. This has caused furious mobs to attack people who appeared slightly suspicious to them.

Two such incidents in Nizamabad and Yadadri districts of Telangana resulted in lynching of two persons. A woman was seriously injured when a mob attacked her at Repalle railway station in Guntur district of Andhra Pradesh last night.

The situation has taken such a grim turn that it forced the police chiefs in both the states to come out with a public warning against believing such rumors promoted through fake forwards on WhatsApp.

In Andhra Pradesh, the Director General of Police Malakondaiah, visited Repalle Railway station and also spoke to the victim of the mob attack in the Guntur government hospital. Malakondaiah stated that the police have already detained some people who were spreading rumors on social media. “Those who indulge in violence on the basis of such rumors will face stringent action,” he said. “An ‘attempt of murder’ case will be booked against those who attacked the woman last night,” he further added.

Read more : Is lynching the new normal in India?

He warned people against taking the law into their hands. The DGP asked the people to inform the police if they saw any suspicious person instead of attacking them.

Meanwhile in Hyderabad, Telangana, the Director General of Police Mahender Reddy denied that any interstate gang of kidnappers was on the prowl. “These are baseless rumors being spread through social media. The police is alert and we will take action against those spreading such rumors,” he told the media.

“In both the incidents at Bhimgal in Nizamabad and in Bibinagar in Yadadri districts, innocent people were killed,” he said, adding that the police would take action against those responsible for such incidents.

The DGP said police patrolling was being intensified in remote areas and field level officers were asked to identify mentally unbalanced persons and beggars in villages and move them to safer places.

In Jiyapally village of Bibinagar, locals beat up an auto-rickshaw driver to death suspecting him to be a member of a gang of kidnappers. He was identified as N. Balakrishna from Korremula village in the nearby Ghatkesar and had been visiting his brother’s family in the village. In a similar incident in Pahadishareef, Hyderabad, one person was beaten up by local people. While the police booked a case against the perpetrators, the victim of the attack escaped.

Mob Violence instigated by fake news generated from Whatsaap messages is a major menace in India. Earlier this month, in a shocking incident, a 65-year-old Chennai woman was lynched in a Thiruvannamalai village after being mistaken for a child trafficker.

Rukmani, who lived in Old Pallavaram in Chennai, was driving around Athirmoor village near Polur, Thiruvannamalai, with her relatives. She was in search of their Kula Deviam or family temple when the lynching took place.

A mob of around 200 villagers mistook the party for a group of child traffickers – they began beating them up and killed Rukmani on the spot.

The four others, Chandrasekaran (34), Mohan Kumar (34) and Venkatesan (51), along with the car driver Gajendran, were grievously injured in the attack. A week ago, on April 29, a 30-year-old man was similarly mistaken for a thief and lynched to death at Gudiyatham town in Vellore.

Mob violence often also targets minorities in India. On 20th May 2018, a Muslim man accused of killing a cow was beaten to death by a mob in central India, the police labelled it the latest vigilante murder over the animal considered sacred by Hindus. Siraj Khan, a 45-year-old tailor, was attacked in the Satna district of Madhya Pradesh state and died at the scene.

In April, a few right-wing groups and the local traders’ body in Uttarakhand’s Agastyamuni town vandalized up to 15 shops owned by Muslim traders in the town after a fake video was shared on social media consisting of statements alleging that a 10-year-old Hindu girl had been raped by a Muslim man in the town.

Many assert that mob violence has become an integral part of Indias’ social life due to the anarchic situation often fomented by Indian political groups especially Hindutva groups. With the use of mob violence, these parties often create an atmosphere of polarization of society in order to gain public support and votes.