Pakistan’s Ambassador to US, Asad Majeed Khan, stressed that the Government of Pakistan and its military leadership is unified and determined to act against terror financing networks, aiders and abettors, as part of the National Action Plan. Despite apprehensions of a rigged jury and unfair Indian influence, Islamabad remains determined and committed to the reforms. 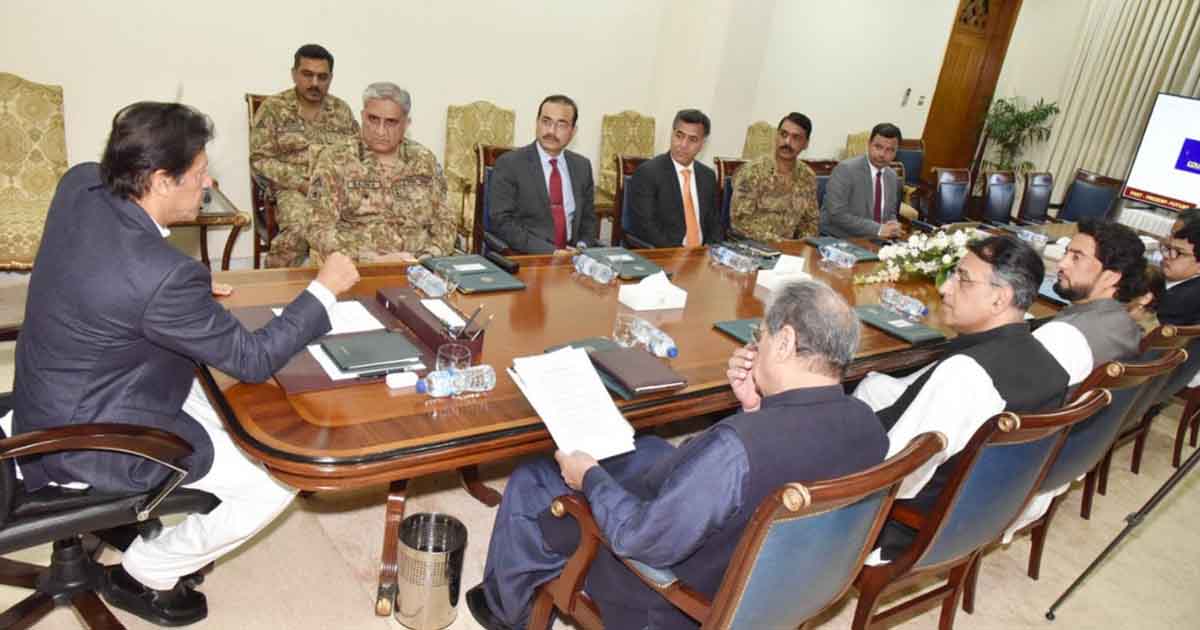 Pakistan put aside its apprehensions of a rigged jury and unfair accountability of the measures taken to curb terror funding, and the government willing and voluntarily committed itself to FATF process and proposed reforms, said Asad Majeed Khan, the Pakistan ambassador to the US.

Speaking to renowned American political scientist George Perkovich at Washington’s Carnegie Endowment for International Peace on Monday, Ambassador Asad Khan stressed that Pakistan’s robust measures to curb terror financing and seize assets of around 700 proscribed entities reflect its “political commitment to the cause”.

Kashmir has been the core issue that has bedeviled relations between our two countries, while India believes terrorism to be another issue.

Ambassador Khan highlighted that FATF has put forward a “tough set of conditions with a rather short timeline.” However, he maintained that Pakistan’s commitment is part of a “broad movement” against extremist groups, non-state actors, and any entity who is likely to “abuse Pakistan’s space, facilities and territory against anyone”.

Ambassador Khan highlighted that over the last few months, Pakistan has seized assets of around 700 entities. “We have taken over the facilities run by some of those proscribed entities. We have proscribed about 11 new entities, and in terms of terrorist financing cases, the percentage has gone up by almost 95%. Similarly, there is a 175% increase in arrests that have been made linked to that. There is almost 82% rise in conviction rates.”

He stressed that the PTI-led government of Pakistan has the political will required to take on these challenges frontally. “We are, also, as part of this political will, putting in place the infrastructure and legal frameworks, and there is this determination to see it through in terms of vigorous implementation.”

Ambassador Asad Majeed Khan stressed that this a new Pakistan and the leadership is “determined to make a difference” for the common man, and it has a people-centered, development-focused and peace-oriented agenda. He added that the people of Pakistan seek peace and development in order to find improved job opportunities, healthcare and elevated education standards.

In response to a question on the “seriousness” of the Pakistan Army with regards to fight against terror financing, particularly in light of the appointment of the new DG ISI, Ambassador Khan maintained that these are changes made on based on ground-realities.

Ambassador Khan stressed that Pakistan’s actions reflect its determination to take this fight to its “logical conclusion” rather than efforts made “under threat” or obligations.

He stressed that the leadership of Pakistan does not want to make verbal commitments and assurances, but rather, it seeks to take concrete actions, which would not be possible without the “active support” of the Pakistan military. Ambassador Khan stressed that Pakistan has suffered more than anyone else at the hands of terror financers and abettors, and wishes to eliminate all legal constraints to ensure a logical conclusion with the assistance of intelligence forces and judicial processes.

The envoy explained that during the past 12 years, terrorist incidents have been reduced and the security situation in Pakistan has improved, and Pakistan is committed to eliminate all security-related challenges to solidify peace and stability. Ambassador Khan stressed that Pakistan’s actions reflect its determination to take this fight to its “logical conclusion” rather than efforts made “under threat” or obligations.

Referring to the fallacious media reports originating from India with regards to Pakistan’s dealings with FATF, Ambassador Khan said, “I think that’s where we need to be careful, because we should not let any one country pursue its own political agenda vis-à-vis Pakistan through these international institutions and channels.”

He added, “As long as it is technical process, we feel that we have done a lot. We are also clear and determined to do more, but we would not want the jury to be rigged, and there are already predetermined positions.”

Referring to the statements issued by the Indian Minister of Finance and other senior BJP leaders calling for the “blacklisting of Pakistan”, Ambassador Khan said, “Ironically, India is also the co-chair of the Asia Pacific Group (APG).”

Lamenting the vacuum between India and Pakistan in terms of bilateral dialogue, Ambassador Khan highlighted that the two South Asian rivals are nuclear powers with “huge military machines”, which makes it more important for the two countries to set aside disputes and remain engaged.

He said, “There is a consistent pattern that you see in terms of our desire and our quest for peace with India.” Ambassador Khan said that this desire has not stemmed from any weakness or threat, but rather, it is born out of the concerns of fighting poverty and improving living standards across the region.

Ambassador Khan added, “Kashmir has been the core issue that has bedeviled relations between our two countries, while India believes terrorism to be another issue. That is what our Prime Minister, leadership and National Security Committee, in our statements, have clearly said that we are ready to address all these issues.”

FIEDMC to Collaborate with ITU to create ‘ultra-modern’ technical lab