Fault in our Society: Empower the women

We shall strive for giving our youth a land where our Daughters can walk fearless on streets, where a man cannot even dare drool over a 3-year-old Girl, where parents can get happy over a daughter’s birth, a land where a girl can tell her parents whom she wants to marry. 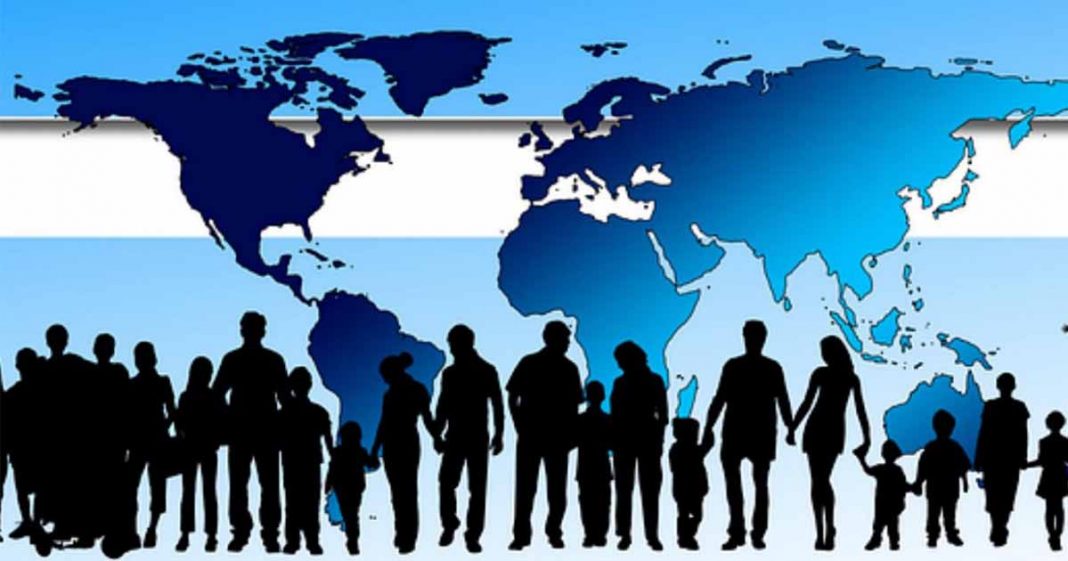 Our society inevitably have double standards and the most unfortunate part is lots of people go along with it without even questioning it, people who do not accept these double standards are often given names like: “Liberal, Modern or Extrovert. These people are often taken as a threat to a so called civilized society and God Forbid if it’s a girl who questions double standards; she is eventually bombarded with allegations.

Character assassination is one of the major tool that’s adopted by society to tell a girl to lower her voice. These double standards does not spare anyone. Everybody from inside is evil, but yes we have to pretend to be naïve in this perfect society.

Instead of working on how can one mend way of thinking, we want to show how naïve we are, this brings me to the assassination of Qandeel Baloch, everybody had their hands pointed out at her regarding how characterless and inappropriate her videos were, still she managed to have 28K subscribers on Youtube with more then 1M views on videos. Who were these people? They were our so-called “Society”. Her increasing number in views and followers shows our double standards, on one hand we are calling her all inappropriate words and on another we are also watching her videos and encouraging her. It was us who killed her.

Talking about Urban areas, it still seems like a havoc to raise voice for girls, they are given away at immature ages. It’s a lost case. Few families also take money in exchange of their daughter, If the same money is taken by a girl to perform her services she becomes “kaala Dhabba” for families respect and the list keeps getting longer. Sometimes it feels, our society adopt double standards just to benefit men and suppress women. How long can we ignore the double standards towards women? The split in our society is bringing many to death. Isn’t it?

One of the worst attribute of our society is forceful Marriage. Our society still includes families who force their daughters to marry the “perfect Rishta”, if the same situation is given for men they can have their say and get away with it, my brain fails to understand how one can even force somebody to live their lives with somebody they don’t approve of. After a while the chapter of incompatibility with husband arises the daughter is shut upon immediately before the society hears it. She is suppressed and that’s how the society kills a daughter.

There is a concept of “Good girl “and “Bad girl”, girls who doesn’t have voice are good girls where girls who speak up are the bad girls. A girl can never imagine how swiftly she can be transferred to a Bad Girl category. If a girl thinks she is worthy of happiness she is a bad girl. Those familiar with reproductive health and women’s rights issues, would have heard of a film made by WHO in 1988.

Talking about our society, Not very long time ago, and our internets got new sensation in face of Uzma Khan and her sister Huma Khan

The film was called ‘Why did Mrs. X die?’ It followed the story of a woman who had died in the eighth month of pregnancy from hemorrhage or heavy bleeding. The clinic where she died, had put that down as the official cause of death and closed the file.

However the film explains that Mrs. X died not just from hemorrhage, but from social injustice; because she was poor, illiterate, had no say in when to get married or in when and how many times to get pregnant, there were transport problems, there were no trained health workers, the hospital was ill-equipped and the staff was poorly trained and inefficient.

Believe me, every other woman, from Qabdeel Bloch to Uzma Khan and even the sensational Meera right now is the Mrs. X in our society, who is dying a social death but amazingly, is not responsible for it!!

Our society is well-fitted in example of a man who goes out to prostitutes to fulfill his own needs while having a wife and daughter at home. Self-correction must be our major concern here, nobody is willing to do that.

Talking about our society, Not very long time ago, and our internets got new sensation in face of Uzma Khan and her sister Huma Khan. Their house was vandalized by a very influential Family member, they barged in the house and alleged them of having relations with her husband, and this includes inappropriate words towards Uzma’s character.

The whole society condemned this behavior and stood with Uzma till very last (though we all know how the story would unfold) It was the pressure from society that made Punjab police to lodge an FIR which they had rejected before (all know WHY), That’s the society we should become, but it’s the same society that made this spat between two women and let  Usman free, same happened with Shahroz Sabzwari and Sadaf Kanwal.

Where if a girl raises her voices people don’t start digging in her past, where a girl’s promotion can be equated with merit

Shahroz was previously married to Syra Shehroz, she took divorce claiming Shahroz was disloyal to her with Sadaf Kanwal. Shahroz on other hand totally refutted the allegations, months later they got married. In Both Scenarios, no one is blaming the Boys “Usman and Shahroz”. This is where we lack as society; both men are out there with respect and integrity where there are personal attacks on women. Why, I Ask? Is it because she is considered a weak personality?

Why can’t we for once tell a man he is wrong, why can’t we start a maligning campaign as we do for women. This is certain that we women do not want to be equal to men, we just want our share. We are designed like it, the two genders cannot compete. We as a society, can only progress if we realize the menstrual pain that girls go through every month, or the labor duration of excruciating pain followed by 9 months of carrying a baby can no way be equal to a man.

Where are we heading? Do we want to give our future generation a land where justice is attainable? Where happiness is gender-discriminated, where daughter and son are raised up differently. We shall strive for giving our youth a land where our Daughters can walk fearless on streets, where a man cannot even dare drool over a 3-year-old Girl, where parents can get happy over a daughter’s birth, a land where a girl can tell her parents whom she wants to marry, where she has a say in her “nikkah nama”, where if a girl raises her voices people don’t start digging in her past, where a girl’s promotion can be equated with merit. Let’s work on an environment educating more men than telling women how to sit.

Nabya Shahid is a Producer of Nadeem Malik at SAMAA TV. She was also working as Copywriter at HUM Television Network. She has been published in Daily Times and Fortress Square Mall Magazine. She could be followed on word press https://wordpress.com/view/letshearit2017.wordpress.com. Her Twitter handle is: https://twitter.com/nabyashahid. The views expressed in this article are the author’s own and do not necessarily reflect the editorial policy of Global Village Space.

At key ‘2+2’ talks, India should take US demands on Iran oil sanctions with a pinch of...

Op-ed: Trump is to politics what Shahid Afridi was to cricket

Untouchables – Lawyers and the writ of law