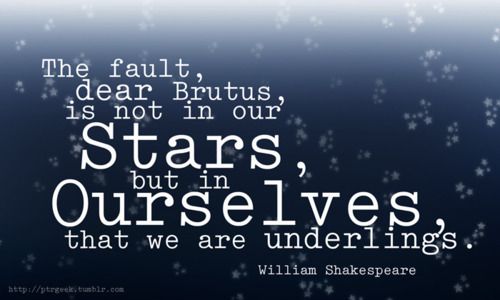 The fledgling democracy of Pakistan is on the cusp of transition; for the first time institutions are vying for right-sizing. The leaders of political parties who always acted like monarchs are standing in testing waters. A common man as a voter is having an altercation with political candidates in almost every constituency of Pakistan.  Pakistan electronic and social media have become a new wryly voice which is heard and followed in every house like a gospel truth. The maneuverability of Pakistan’s establishment and intelligence agencies in the political process is diluting due to the rising of new powerhouses. The demand for transparent political decision-making authority, pluralistic government and inclusive institutions are becoming louder and clearer.

New political players and parties who offer pluralistic and inclusive face and manifesto are taking a plunge in the process of election.

Amidst the realignment and resizing of institutional jurisdictions at home, the international establishment has tried to create their pawns in the political sphere of Pakistan. A large number of our leading political leaders have created their business and financial stakes in different parts of the world. Their interests are patronized in the shape of working permits, residencies, nationalities and business investments. In quid pro quo, the designs and agenda of international forces are wheeled and promoted in this part of the world. The marriage of convenience is fostered occasionally overtly but more often covertly by the players of the big international game to shape the regional politics.

The Bombay attack was manipulated internationally with the intent to mobilize opinion against Pakistan military establishment. It was later Elias Davidsson who tried to put facts in true perspective in his book entitled as “The Betrayal of India”.  His research proved that it was a dirty game contrived by Israel, USA, and India. The apathy becomes poignant when our own political movers and shakers start trysting with international propaganda.

A common man as a voter is having an altercation with political candidates in almost every constituency of Pakistan.

The election in Pakistan is in sight and the previous elected government of PMLN has already moved out after completing its constitutional term. The government pursued its economic, political and social agenda without any restraint. The transparent conduct of official business, pluralistic government, and inclusive institutions is the desire and demand of public and national media. It seems that our major political parties hobble through these parameters and propositions. Instead of vindicating themselves politically, an international media is launched to camouflage their mistakes and damage the neutrality of armed forces as a part of a smearing campaign.

The democratic system as a part of governance is coming to a complete circle in Pakistan. People are becoming vocal about their legitimate rights which democratic governments undertake to provide under the constitution. New political players and parties who offer pluralistic and inclusive face and manifesto are taking a plunge in the process of election. People have choices and discretion to make a decision on the basis of service delivery which directly or indirectly impacts the drift of politics as part of the state.

Unfortunately, in Pakistan, most of the institutions are still extractive and indifferent to the needs of people. Common man continues to feel himself as alienated from the overall political set up. Our political managers have not made any conscious attempt to remove the sense of alienation and discontentment permeated the nation. It is the mandate of the elected government to allocate resources for the public sector through judicious economic management. Use of foreign elements and media houses to develop the dirge against institutions of the state cannot reverse the cycle of one’s omissions and commissions. Let people be the judge of fair or foul instead of finding shelters in the arms of strangers and schemers.

Bushara Zafar is a Lahore based teacher and a social activist. She can be reached at zbushi@hotmail.com. The views expressed in this article are author’s own and do not necessarily reflect the editorial policy of Global Village Space.

Reuters - 18 September 2021
The Taliban replaced Afghanistan's women's ministry with the Ministry of Virtue and Vice, locking women employees out of the building and acting contrary to the promise of safeguarding women’s rights. Signs for the country's women's ministry were replaced with Taliban's police,

How does the new US Defense Budget affect South Asia?