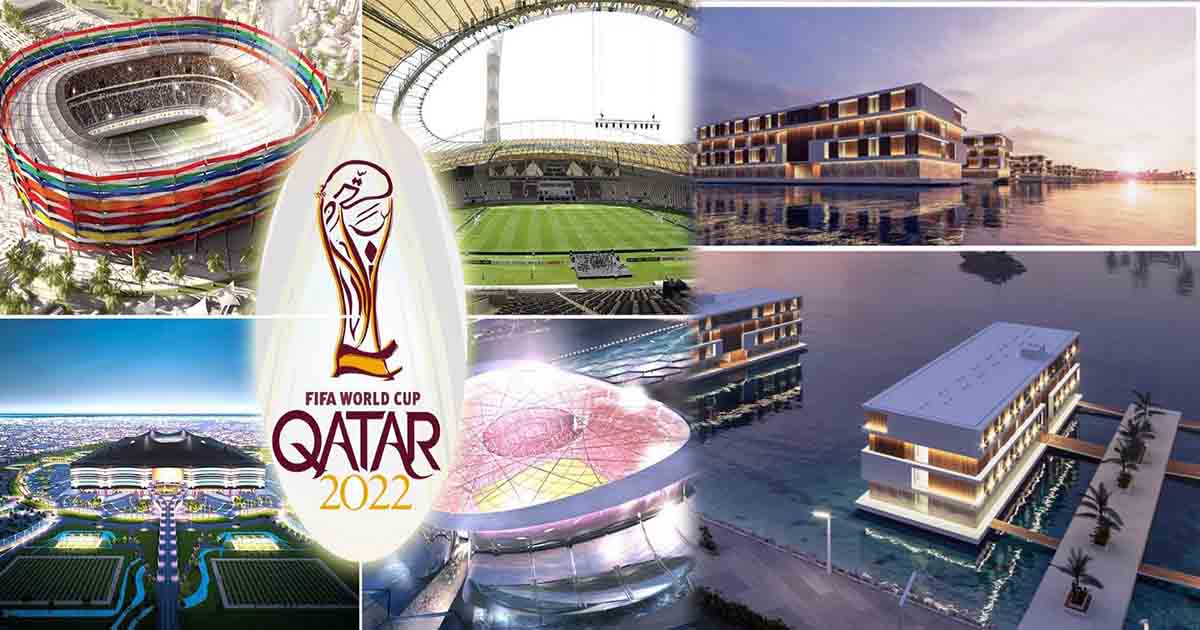 Qatar has finally managed to deal with the unavailability of required hotels and rooms to accommodate those coming to watch matches during the FIFA World Cup 2022. Earlier there were reports that Qatar may face some serious challenge with regard to the hotels but now a solution has been found.

Qatar had 27,000 hotel rooms in fall 2019, a recent report showed — leaving a substantial shortfall since FIFA requires a minimum 60,000 hotel rooms to accommodate guests at the 2022 World Cup.

To help fill the gap, a semi-submersible vessel will transport 16 identical, pre-assembled, buoyant luxury hotels to Qatar beginning in 2021. Two-by-two, the four-story hotels will be pre-assembled in a shipyard and floated to the peninsular country, providing a total of 1,616 hotel rooms on the coast of Qetaifan Island North, a fan zone near Qatar’s Lusail International Stadium, where the World Cup will take place from Nov. 21, 2022 to Dec. 18, 2022.

Read more: Its confirmed: FIFA Club World Cup to kick off on December 11 in Qatar

“This is the first time ever that pure floating real estate has been used as a temporary solution for accommodation needs at this scale,” said Mikael Hedberg, chief executive officer of Admares, the Finland-based alternative real estate construction company that has been commissioned to deliver the fan accommodations together with international investors.

The hotels’ construction at an undisclosed offsite location creates minimum ecological impact and lends to high energy efficiency — plus, the buildings are solar powered, said Hedberg in an exclusive interview.

Designed by Finnish architect firm, Sigge Architects, the hotels will provide a four-star efficient business hotel experience. The nightly rate was not disclosed, but will offer a price point on the reasonable end of expensive World Cup stays. In the 2018 FIFA World Cup, Russia capped hotel rates at $8,355 a night, according to reports. Currently, hotel stay packages for the 2022 World Cup in Qatar range from $1,500 per night to over $3,000 per night, according to sports travel websites.

Each 101-key hotel will have a lounge bar and restaurant with an outdoor terrace on the ground floor, said Hedberg. The hotels will be owned by investors, and after the World Cup, will be floated to other cities — many European and South American cities have already expressed interest, said Hedberg. “After the World Cup, the hotels can be placed at any coastal location where the water is at least 4 meters (13 feet) deep,” he noted.

Read more: Qatar to spend a whopping $6B on construction for FIFA 2022

The hotels are part of a $40 billion effort to increase tourism in Qatar, in part to prepare for the 2022 World Cup, which will be the first time the tournament has been held in the Middle East. “It is impressive what Qatar is doing. I don’t think ever in history, has so much been done in just one city,” he said, mentioning Qatar’s new stadiums, tourism and hospitality efforts.

It is worth recalling that the FIFA Club World Cup is an international men’s association football competition organized by the FIFA, the sport’s global governing body. It attracts people from across the world to watch the tournament which helps the host country to present its soft image before the world.

FIFA is reportedly in daily contact with World Cup organizers, which includes an assessment of safety and security, and it is not considering any proposal to change the host nation

Notably, following the death of Iranian General Qasem Soleimani in a US strike in Iraq on January 3, there were reports that there may be a question of society in Qatar. But the FIFA administration has shown confidence in the country.

FIFA is reportedly in daily contact with World Cup organizers, which includes an assessment of safety and security, and it is not considering any proposal to change the host nation. World Cup organizers maintain Qatar is “one of the safest countries in the world”.

A spokesperson for the Supreme Committee said: “Qatar will host a number of leading football teams this month including Bayern Munich, Zenit St Petersburg, PSV Eindhoven, and Ajax. Qatar hosts winter training camps every year as teams travel to Doha to experience the world-class training facilities on offer and mild temperatures.

Is US still the only superpower in world?

US Syria pullout will have wide ramifications