What is Buzakshi sports? The league that brought happiness, joy and smiles on the face of war-torn Afghanis who saw only blood, corpses and misery in last four decades. 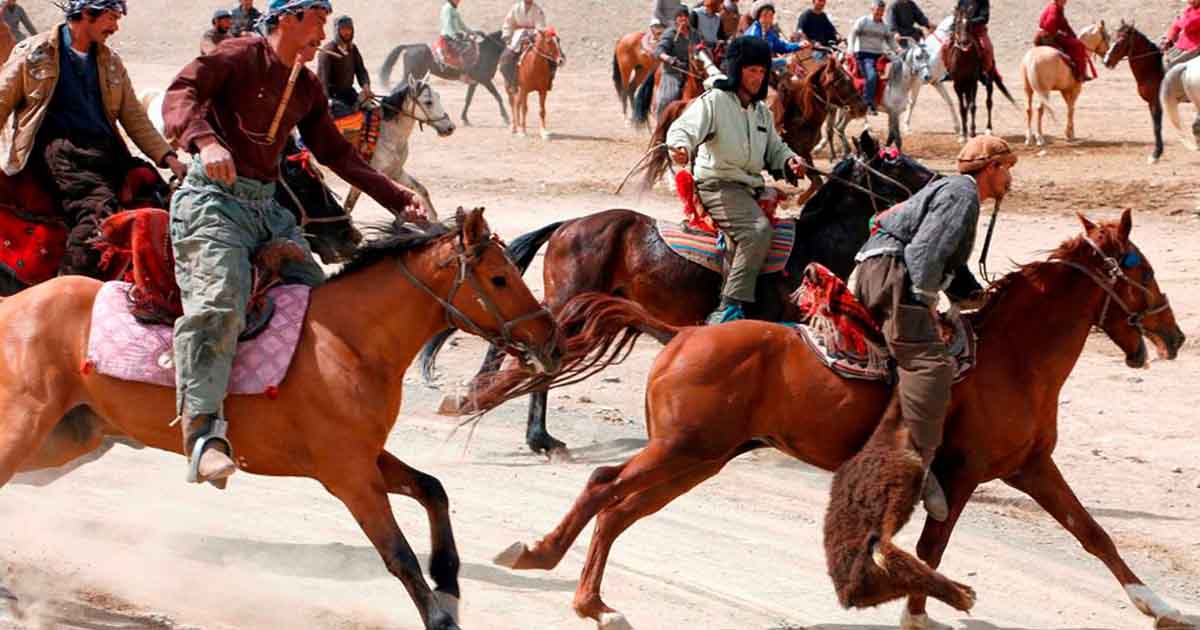 The fear of terror attacks or coronavirus did little to deter thousands from packing a Kabul stadium Thursday to watch horsemen play polo with a headless goat carcass in Afghanistan’s first buzkashi league.

The standing-room-only crowd cheered, hooted and whistled as riders dressed in bright uniforms raced across the muddy field, each man trying to ensure that his team had custody of the 50-kilogramme carcass.

Buzkashi, which means “dragging the goat” in Persian, involves grabbing the carcass, galloping across the field and dropping it into a “circle of justice”, drawn in chalk and located at either end of the ground.

I had a lot of fun covering Afghanistan's first buzkashi league. Can't say I entirely understand the rules but I totally appreciate the spectacle. @MMojaddidi and I report for @AFP @AFPAfPak https://t.co/Mu7WVtfupl

“I am here to support my team,” said government employee Shafiq Rahman, whose home province of Badakhshan in the northeast was facing off against central Bamiyan province on Thursday — two of the 14 teams playing in the league.

“My parents told me not to go because of security concerns but I have a passion for this sport,” the 25-year-old told AFP. “You only live once, you have to enjoy your life,” he added.

As hawkers jostled for attention, carrying baskets piled with boiled eggs, samosas, pastries and pomegranate seeds, spectators jeered and laughed when an unfortunate rider fell off his horse, before clambering back on.

Haji Jawad Noori, a chapandaz — as buzkashi players are known — with the Kabul team, told AFP the sport was “very difficult”. “You have to be very fast and flexible. The carcass is also very heavy,” the 28-year-old said.

Read more: No PSL for Karachi public, matches to be held behind closed doors

Noori, whose family has been in the game for several generations, said the league, which kicked off on Wednesday, represented a landmark moment for buzkashi. “It’s never been played on such a scale. I am very excited to see so many people here,” he added.

Organizers say they want to make the week-long league an annual affair, with plans to stage it in different cities each year.

“We want to promote buzkashi. It’s our national sport and we want to make it a globally recognized sport,” said Ghani Modaqiq, deputy director of state-run RTA channel which has a five-year contract to broadcast the matches live.

Like much else in Afghanistan, the league’s success will depend on the security situation — the Taliban has attacked sporting events in the past and had banned buzkashi during its five years in power.

With the insurgents now poised for a potential comeback, and foreign forces leaving Afghanistan, many are nervous about what that means for the country.

Jawad Taraki’s family fled to Kabul from eastern Nangarhar province — a former stronghold of the Islamic State Group — in 2018 after his uncle was killed by the jihadists. “They committed so many atrocities… caused so much suffering”, the 25-year-old told AFP.

But on this frigid Thursday afternoon, as he watched the horses complete a lap of the ground, with snow-flecked mountains looming in the distance and traditional Afghan music playing, those painful memories were far from his mind.

“For a few minutes I could forget about everything else,” he told AFP.

“I have been here since morning and I think I will attend matches on the other days as well,” he said.

Did US Attack China & Iran with Coronavirus? – The Most Lethal Way of Fighting

U.S. Joint Chief says letter on troop withdrawal from Iraq was a ‘mistake’