Modi has ignited a sensitive issue of Indian society which has diverted the attention of people from economic issues. The economy falls to second when people are more concerned about protecting their identity. 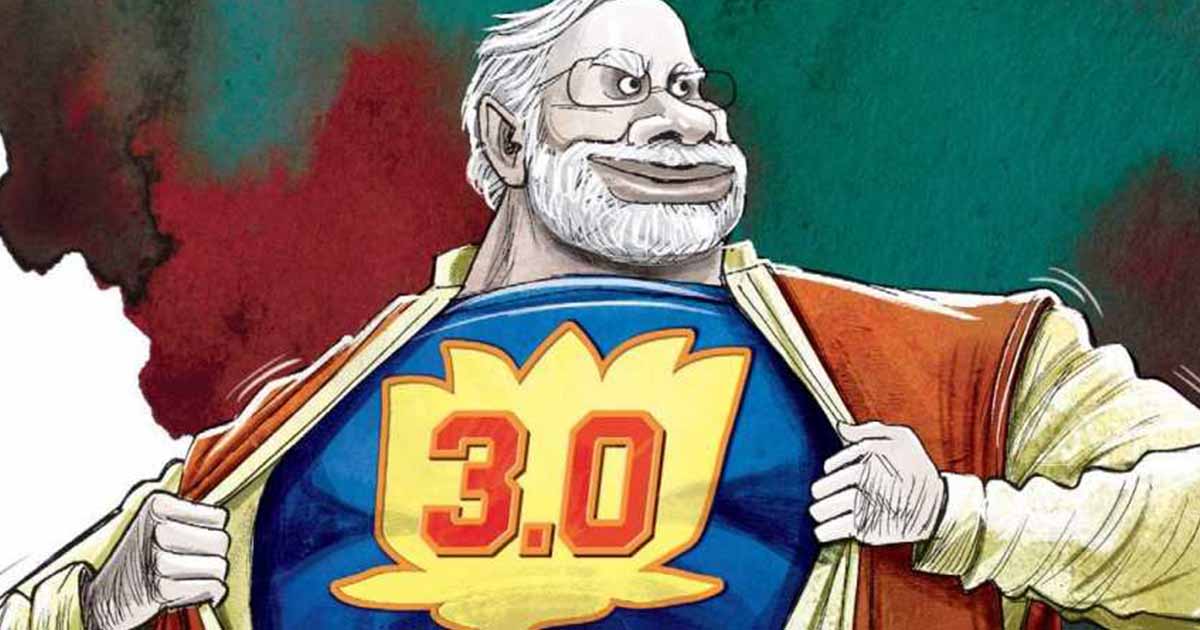 India has always enjoyed the status of the world’s largest democracy, it was the country which laid its foundation on secular basis and aimed to develop pluralistic and inclusive society. Religious and ethnic diversity had always brought pride to the Indian nation.

But from the recent some years the Indian secularism is heading towards its wildest dream, BJP’s (Bhartiya Janta Party) nationalist and Hindutva ideology is the reason behind.

Since coming into the government its various discriminatory acts specifically against the Muslims have unveiled its anti-Muslims approach and to fulfill that BJP didn’t even bat an eye what the Indian constitution has to offer. Either it’s the article 370 in Kashmir, withdrawing the autonomous status of Kashmir and bring it into Indian capital or the recently passed CAA (Citizen Amendment Act) which rests its basis upon the religion.

The CAA is an attack on the Indian constitution. Anyone who supports it is attacking and attempting to destroy the foundation of our nation

Notably, the BJP government has promised, in its campaign of election 2019, to double down the economic performance of its previous era (2014-18). But the ground reality is that Indian economy is facing the decade’s worst economic crisis. GDP growth comes down to 5 percent, unemployment is increasing, the Indian rupee is performing very low, and local and foreign investors are continuously pulling out capital. Besides addressing these issues BJP government is busy implementing its Hindutva policies which are, in fact, adding fuel to already burning economy.

Modi has ignited a sensitive issue of Indian society which has diverted the attention of people from economic issues.

Unfortunately, this is how he could easily gain the support of the Hindus who are in majority in India. Putting it simply, Modi intends to cover his failures up by dividing the population and gaining the favour of the majority.

According to CAA, six minorities including Jain, Sikhs, Hindus, Christians, Parsis, and Buddhists from three neighboring countries Pakistan, Afghanistan, and Bangladesh are eligible to get citizenship of India if they have lived for six years in the country. These lists exclude Muslim immigrants who have entered the country the same way as other non-Muslims immigrants. This bill amends the citizenship acts of 1995. It is the first time that India has used religion as a legal basis for determining nationality.

Previously India was receiving many illegal migrants from the neighboring countries, and the influx of the migrants coming into the country created many problems especially in the Muslim majority providence of Assam. These migrants include people of different religions Hindus, Christians, and Muslims. India does not have any law to give refugee status to illegal migrants instead it has the law to deport them. This is likely to create severe humanitarian crisis if these migrants have to face deportation on the basis of faith. The government of India identifies the migrants (on religious grounds) and give them refugee status one by one. That puts the pressure on already falling country’s economy.

In wake of these issues, locals were demanding acts like NRC and citizenship bill, argue some media outlets in India. However, this needs to be explored through a research project since there have been protests by the locals against CAA. Moreover, what BJP has done to address these problems is a problem itself. Granting citizenship to anyone but to Muslims; this will in no way favor the economy, the problem India appears to be upset about. Though this Muslim non-Muslim divide may divert the attention of the people from the poorly growing economy.

Helpless opposition vs “all-powerful” government: A new battle of ideas?

Opposition parties condemn this bill saying it “unconstitutional and unprecedented”, as never before religion became the basis of any law in the Indian constitution. Further, they fear that it will marginalize the Indian 200 million Muslim population since it is discriminatory and exclusionary in nature.

P. Chidambaram from the opposition party said the government was “wrecking and demolishing India’s secular constitution”. The bottom line of all criticism is that this bill is not in line with the Indian constitution in fact it is the negation of the creation of India.

Rahul Gandhi Congress leader opposing CAA “The CAA is an attack on the Indian constitution. Anyone who supports it is attacking and attempting to destroy the foundation of our nation.”

On the other side, the government is in full swing to prove that this law does not contain any discriminatory element, not it is against the Indian constitution. The home minister justifies the discrimination for immigrants that the Muslims can go to the other three countries Pakistan, Afghanistan, and Bangladesh as they have Islam as their state religion but Hindus have no other country to go to except India so India should make room for them. And because countries mentioned in the list of CAA are Islamic states thus only non-Muslims minorities there are facing persecutions at the hands of Muslim majorities, so there wasn’t any need to mention Muslims in the list.

But political commentators like Yogendra Yadev believe that this bill is nothing but “discriminatory” and it is not about protecting the minorities from other countries, it is to tell Muslims that they are second rate citizens in India.

People in India are protesting against the bill and drawing horrible analogies that these current constitutional changes are a sad reminder of Nazis black laws which too were created against the Jews minorities.

India under Modi has become a battlefield between Muslims and Hindus sending economy on second in the list of priorities. This is likely to be the biggest challenge for the Indian liberal and secular voices to maintain order in a highly diverse and complex society. Treating 200 million people as minority, that too vulnerable, may adversely impact India’s current political settings. The emerging trends in India offer us sufficient amount of evidence that the rise of identity politics in India is to overshadow Modi’s dismaying economic performance. This is wrong with identitarian politics in the age populism.

The writer is a Lahore-based political analyst. She tweets at anwar_saleha. The views expressed in this article are the author’s own and do not necessarily reflect the editorial policy of Global Village Space.

Forced conversions to Islam: Ill fate for Hindus in Pakistan

The gang-rape and murder that shocked India