French hosts worried Trump will lash out at G7 again 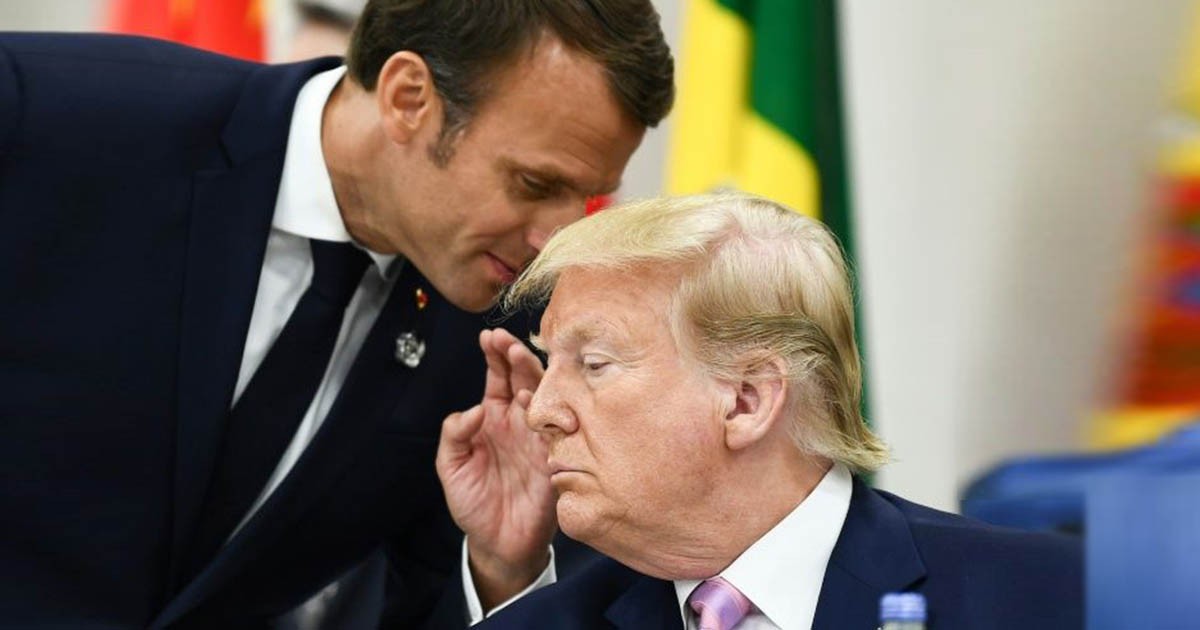 Biarritz is known for big Atlantic waves, but the loudest crashing at next weekend’s G7 meeting in the French resort could be the sound of US President Donald Trump and his convention-wrecking diplomacy.

Annual Group of Seven summits – bringing together the leaders of Britain, Canada, France, Germany, Italy, Japan and the United States – were always the coziest of clubs for US presidents. Until Trump.

⌛D-5#G7Biarritz will start on Saturday in a renewed format and with the unprecedented participation of leaders from 8 invited countries and several heads of international organizations.

It is by working with everyone that #G7France will fight against inequality! pic.twitter.com/FK1mMnVsKy— G7 France (@G7) August 19, 2019

At the G7 in Ottawa last year he exploded the typically stage-managed proceedings and left in a fury, engaging in personal insults over trade with Canadian Prime Minister Justin Trudeau and refusing to sign the collective final statement.

G7 leaders better buckle up again, warns Robert Guttman, director of the Center for Politics & Foreign Relations at Johns Hopkins University. “He’s going to be a bull in a china shop,” Guttman said.

G7 leaders, especially Germany’s Angela Merkel, can also expect pressure over financial contributions to NATO, the bedrock of trans-Atlantic security that Trump says relies too heavily on US largesse.

The French hosts hope they can better manage Trump this time. In particular, a French diplomat told reporters, the traditional importance of the final communique will be de-emphasized, as that’s “one way to avoid the situation we had in Canada last year.”

As Trump likes to tell rallies amid chants of “USA, USA,” the only metric he cares about on the world stage is whether America is “winning.” Nowhere is this clearer than on climate change – a major factor, according to France, in driving economic and social inequality.

Trump pulled the United States out of the 2015 Paris climate accord on reducing carbon emissions and he remains proudly defiant over what allies saw as his abandonment of an attempt, literally, to save the world.

“It was good for others. It wasn’t for us,” he told a crowd at a new petrochemical factory just last week. The working-class audience – exactly the type of voters Trump hopes will deliver him a second term – cheered. And in Biarritz, that base will still be his audience.

“Trump comes not as a statesman, but as a politician fighting very hard for reelection,” Guttman said.

James Roberts, at the conservative Heritage Foundation, says Trump is merely correcting what Republicans consider to have been the foreign policy drift under his Democratic predecessor Barack Obama. “It’s a reassertion of American resolve,” Roberts said.

Trump will push back on France’s digital tax, imposed to plug what Macron’s government says is a massive loophole in which US companies like Google operate abroad while paying almost nothing. Branding this “foolishness,” Trump has threatened to retaliate with tariffs on French wine imports.

G7 leaders, especially Germany’s Angela Merkel, can also expect pressure over financial contributions to NATO, the bedrock of trans-Atlantic security that Trump says relies too heavily on US largesse.

The European Union is “not a superpower and it still has to rely on the United States.” There will be no escaping Trump for long: it’s his turn to host the G7 in 2020.

And the six partners will struggle to get flexibility from Trump on other contentious points: Washington’s aggressive posture against Iran, and the roller coaster trade war with China that is contributing to jitters over a possible global economic recession.

He may put another cat among the pigeons by resurrecting his call to cancel Russia’s expulsion from the old G8 in punishment for its seizing of Crimea from Ukraine in 2014.

There will at least be one new friend in the room. Freshly installed Prime Minister Boris Johnson is eager for US support as he pushes Britain through what could be a perilous no-deal Brexit.

Trump has dangled the prospect of a big bilateral trade agreement and the White House will continue using that as bait to try and force Britain into shutting out Chinese company Huawei from the 5G market.

Brexit and trade were among the topics discussed by the two leaders in a Monday phone call during which Trump expressed “great enthusiasm” for meeting Johnson, the White House said.

But as Macron and Japanese Prime Minister Shinzo Abe have discovered, strong personal ties with Trump don’t necessarily result in an easy friendship. But Roberts says that strategic challenges from China and Russia mean the G7 partners are going to have to put up with Trump whether they want to or not.

“They don’t like President Trump’s style but you can’t change the facts because you don’t like the messenger,” Roberts said. The European Union is “not a superpower and it still has to rely on the United States.” There will be no escaping Trump for long: it’s his turn to host the G7 in 2020.

How Nations can move on after Apologizing for their Past

Domestic violence could rise as people confined to homes