From Kartarpur To Dhaka, Fences that Keep South Asia Medieval

If South Asia has to become the powerhouse that would drive the Asian Century, it requires connectivity, infrastructure and an uplifting vision that seeks to unite people and not divide them. 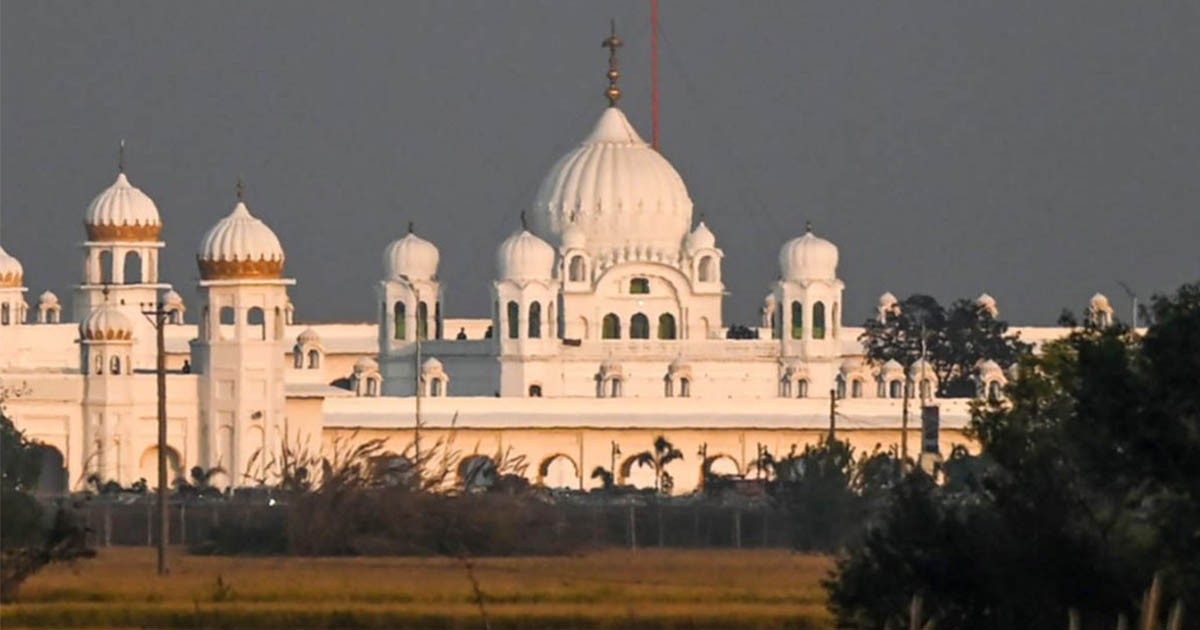 At 9 am on November 9, I arrived at the North-Western edge of India – the Immigration terminal at Dera Baba Nanak in Punjab to travel through the corridor built by the Government of Pakistan and pay obeisance at Gurdwara Sri Kartarpur Sahib in Narowal district of Pakistan.

Sri Kartarpur Sahib occupies a very special place in the hearts and minds of all Punjabis – Sikhs and non-Sikhs alike. This is where Guru Nanak Dev, the founder of Sikhism, spent the last 18 years of his life. This year marks Guru Nanak’s 550th birth anniversary.

When Cyril Radcliffe drew lines across the Indian sub-continent with a thick red felt pen, Sri Kartarpur Sahib fell to the lot of Pakistan. As bitterness between the two nations mounted and barriers, both physical and mental, kept growing, there was a yearning in the minds of Punjabis, especially the Sikhs, that they should have the freedom of “Khule Didar” (unrestricted worship) of all those shrines that have fallen victim to the “tyranny of Westphalia map-making”. In fact, the yearning was immortalized in the ‘Ardas’ – the Sikh prayer and has become an eternal article of faith and a letter of creed.

Over the past one hundred years across two world wars, European nations murdered and plundered each other as if there was no tomorrow

Finally, after an interminable wait, we crossed the Indian border, walked across thirty meters of No Man’s Land and onto the Pakistani territory. I was on the first bus that headed towards the Pakistan immigration terminal where we were received by Mohammad Faisal, Spokesperson of the Foreign Ministry of Pakistan, whom I know from various Track-One and a half and twos that dot the India-Pakistan strategic landscape.

After clearing immigration and customs, I was again on the first bus as it wound its way to the Gurdwara. The journey was surreal. The sun was shining in all its intensity. The heat, however, was mitigated by a gentle breeze wafting softly across the landscape. The bus glided into the corridor – a newly built three to four-kilometer asphalt road with a high barbed wire fence on both sides.

The fields were freshly ploughed over on either side of the fence to provide a clear and unobstructed view to the security personnel. Pakistani Ranger’s on horseback and afoot, carrying heavy-caliber personnel arms, patrolled the fields on either side of the fence. There were few mud houses with thatched roofs visible from a distance, a constant reminder of the grinding poverty that afflicts large parts of South Asia.

What struck me was the fence – an obtuse and ossified reminder of the corrosive zero-sum game that we have locked ourselves into in the sub-continent for the last many decades. Would the Kartarpur dynamic unleash a new reality that would enable the physical and mental barriers to be torn down? I began to muse. My reverie was soon interrupted as the bus arrived at the gates of the Gurdwara — an imposing marble structure that gleamed in the afternoon sun.

We disembarked and paid our respects at the Gurdwara Sahib before coming out into the open vista – a large expanse of gleaming white marble where a large crowd had congregated for the formal ceremony.

Soon I was mobbed by the Indian press contingent for TV bytes. They were there in full strength and most of them have become friends given that this is my 12th year as the spokesperson of the Indian National Congress. We mingled among the devotees. People had congregated from all parts of the world. I chatted with them, a lot of them Pakistanis, who were perhaps seeing an Indian in flesh and blood probably for the first time in their lives. A lot of people just stared at me with curiosity for the media attention had singled me out. A few came up to me and wanted to click selfies. Others just touched me to see if I was for real.

Three days later I found myself on the Eastern side of India’s border – Bangladesh, for Dhaka Global dialogue. Congested roads where traffic just doesn’t move, pollution that chokes

With nothing more to do after having bowed before the Lord and sought his blessings, we decided to go back after about an hour. The ceremonies had not yet commenced. Pakistan was gracious enough to organize a vehicle to drop us back to the immigration terminal. As we approached the gates, a young Pakistani Army officer in his mid-twenties, who was escorting us asked: “Sir, will we ever be able to come across?” The innocence in his question, the bewilderment on his face, and the inquisitiveness in his eyes struck a chord with me, choking me for a second before I could manage to say In Sha Allah- God Willing. A veteran of many an acerbic joust’s with Pakistani establishment figures for over two decades now and fairly a hawk on Pakistan, I was surprised at my own feelings.

We shook hands at the gate and were across the Indian side in a jiffy where the Border Security Force personnel greeted us with almost a palpable sense of relief. We were the first to be back. The whole pilgrimage had taken two hours.

Three days later I found myself on the Eastern side of India’s border – Bangladesh, for Dhaka Global dialogue. Congested roads where traffic just doesn’t move, pollution that chokes, blaring horns that deafen, non-functional traffic lights, and rundown buildings with vehicles weaving in and out around each other to get ahead greet you here. This is the vivid reality of every Indian city or for that matter the sub-continent — crowded, chaotic, where anarchy is the order.

The words that the 21st Century would be the Asian Century kept resonating through the conference. This is the false triumphalism one hears at all such soirees. Thinking people in the sub-continent seem to suffer from self-created delusions, deliberately oblivious of the truth that most of the Indian sub-continent still live the 19th-century existence; completely insulated from the dignity that should be intrinsic to human subsistence.

The twenty-first century may well become the Asian century but it sure is going to give South Asia a hell of a miss if leaders and policy-makers in this part of the world just do not get real.

If South Asia has to become the powerhouse that would drive the Asian Century, it requires free movement of goods, people, ideas, cultures from the Western borders of Iran to the Eastern borders of Thailand. It requires connectivity, infrastructure, and an uplifting vision that seeks to unite people and not divide them using templates of narrow bigotry. Is it possible? Yes, of course.

Look at Europe: over the past one hundred years across two world wars, they murdered and plundered each other as if there was no tomorrow. Destroyed and devastated in 1945, they pulled themselves out of the morass literally by the bootstraps to where they are today — united, peaceful, prosperous, of course with First World Problems.

That is the model we need to emulate and tear down the walls and the fences. Create a South Asian Union with all sincerity. This is what our generation owes to the ones that would come after us.

Manish Tewari is a Lawyer and Member of Parliament. He was the Information and Broadcasting Minister in the Government of India. He is the National Spokesperson of the Indian National Congress. He serves as a Distinguished Senior Fellow with Washington based Think Tank Atlantic Council. He tweets: @manishtewari. The article originally appeared on Outlook The Fully Loaded Magazine and has been republished with the author’s permission. The views expressed in this article are the author’s own and do not necessarily reflect the editorial policy of Global Village Space.